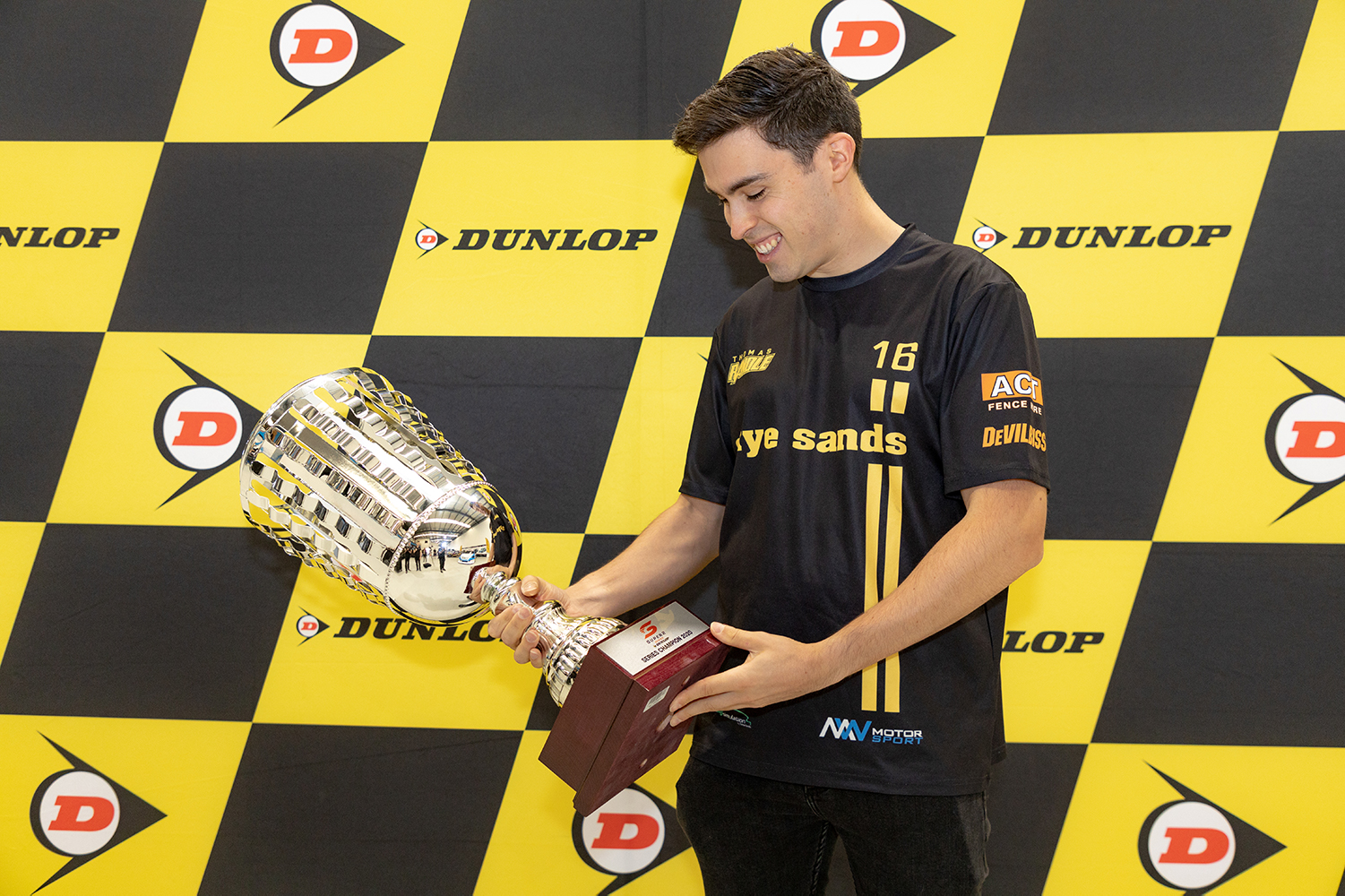 Thomas Randle has officially been awarded the crown and trophy for being the 2020 Dunlop Super2 Champion.

The 24-year old received the winners’ prize at the Matthew White Motorsport team workshop in Melbourne yesterday after being declared the Champion of this year’s COVID-interrupted three round/seven-race development series.

Randle finished in the top two in all seven races this season to keep nearest rival Will Brown at bay, taking one win at each round at Adelaide, Sydney Motorsport Park and Bathurst. 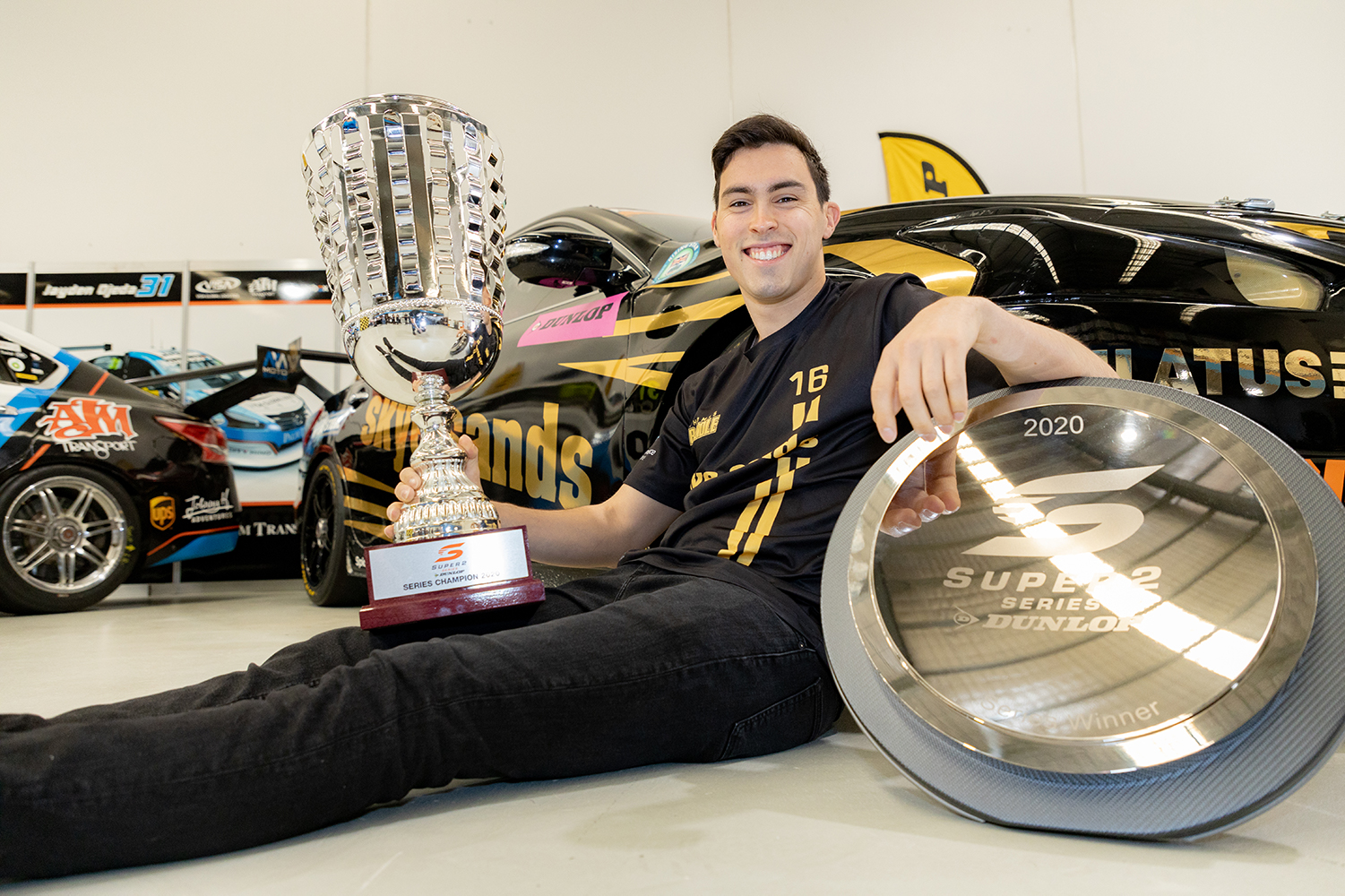 “It feels phenomenal to be crowned the 2020 Dunlop Super2 Series Champion,” Randle said.

“A lot of people to thank for this, my family, my mum, my dad and my sister all my supporters, Rusty French from Skye Sands, ACT Fence Hire, Devilbiss.

“It's been a very challenging year but great way to end the season.”

It capped a rollercoaster year for the Melbournian, who was diagnosed with testicular cancer in January.

Remarkably he was able to take to the grid for the season opener in Adelaide weeks later, where he claimed a pole position and a race win.

“It has been a very challenging year, I mean not just for the world with this Global pandemic but also my own personal challenges that I've been dealing with as well,” he said.

“Certainly, hasn’t been the easiest here but I've been very fortunate that my supporters have stuck by me, my family have been extremely helpful and supportive as the always are.” 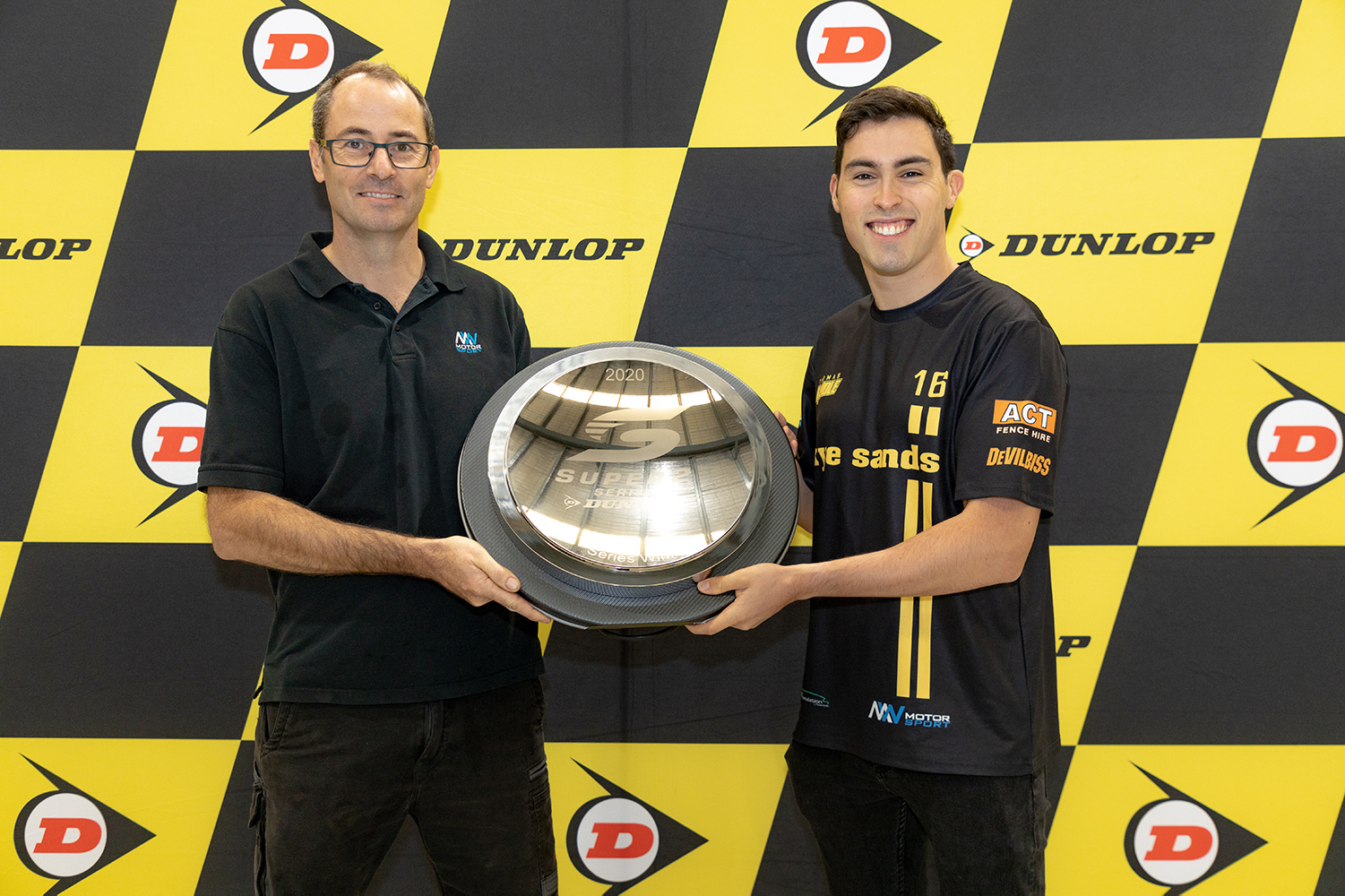 Randle confirmed his place in history alongside former Dunlop Super2 Series winners Mark Winterbottom, Cam Waters and Scott McLaughlin with victory in the final race of the year at Bathurst.

After one year in the Matthew White Motorsport Skye Sands Nissan Altima, Randle is yet to announce his plans for 2021 although most likely will not be returning to the category.

He did thank White, who with Randle’s Championship wrapped up his fourth DS2 crown.

“Especially in this challenging year, I mean he and the team sacrificed a lot to quarantine basically twice for our second round in Sydney and then also for the final round of Bathurst a whole team went up to Darwin to quarantine for two weeks. 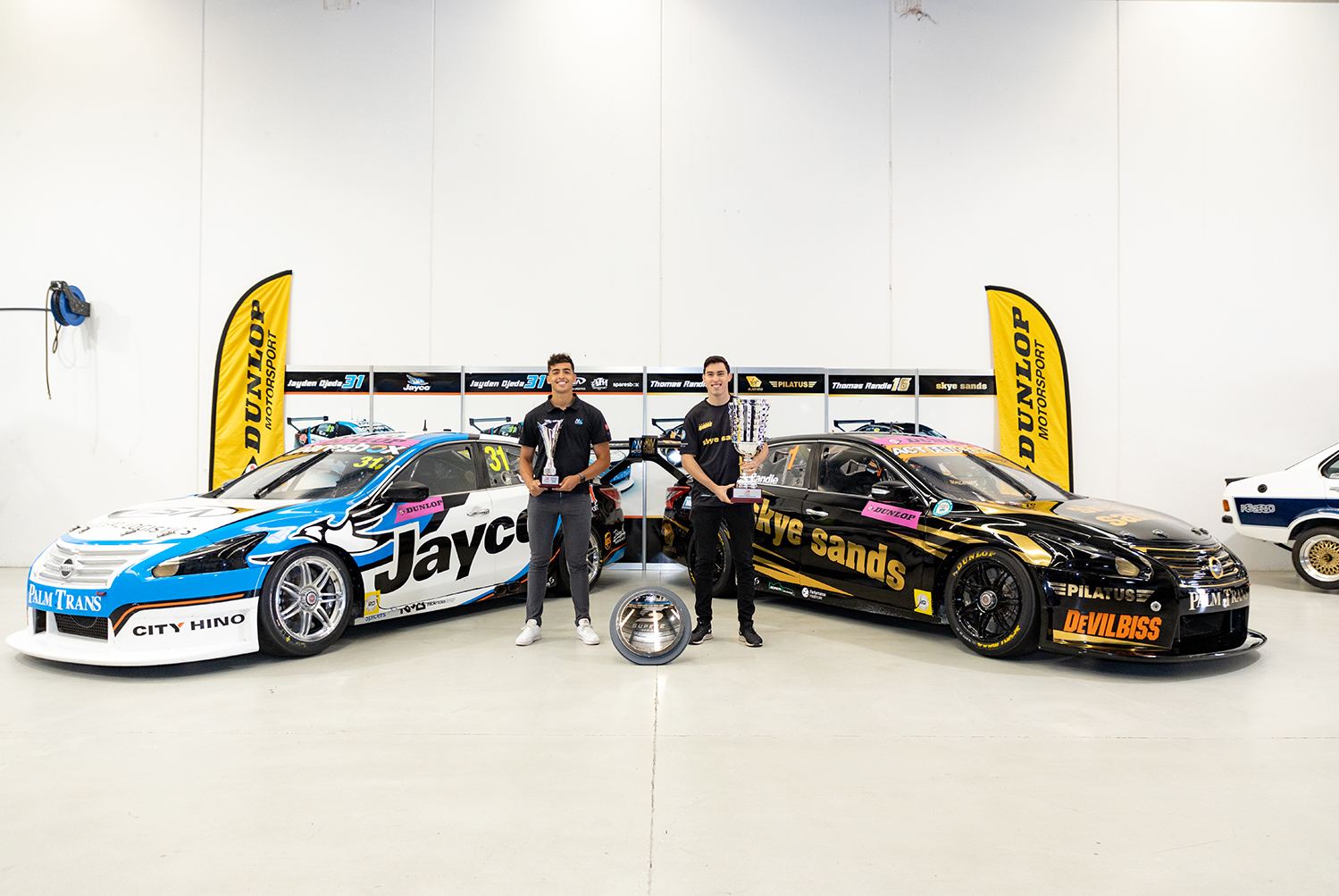 “Throughout the whole year he really stuck by our side and not only that but delivered a fantastic car and I couldn't be happier with how the team has performed both on and off the track.”

Randle says next year’s Dunlop Super2 calendar, which includes two visits to the hallowed Mount Panorama circuit and a trip to the Gold Coast is a win for the development series competitors.

“I think it’s pretty awesome [the 2021 Dunlop Super2 Series calendar] for all the young drivers and young guys that are continuing on with Super2.

“I mean everyone wants to race at Bathurst in a Supercar and to be able to do them twice in one year is pretty fantastic.

“I think a lot of guys will be pretty hard to have a really good result in the first round to put themselves in front of teams for a potential co-drive.

“To finish up at the streets of Gold Coast is a fantastic way for the category to end the season.

As for Randle’s advice to next year’s DS2 competitors, who will be joined on track by Dunlop Super3 Series for their six-event Series:

“Enjoy the experience - not everyone gets a driver Supercar for a full season and then just got to try and remember that it's a long year, long championship, a long season so points win prizes.

“You won’t really win a Championship you usually lose it.”