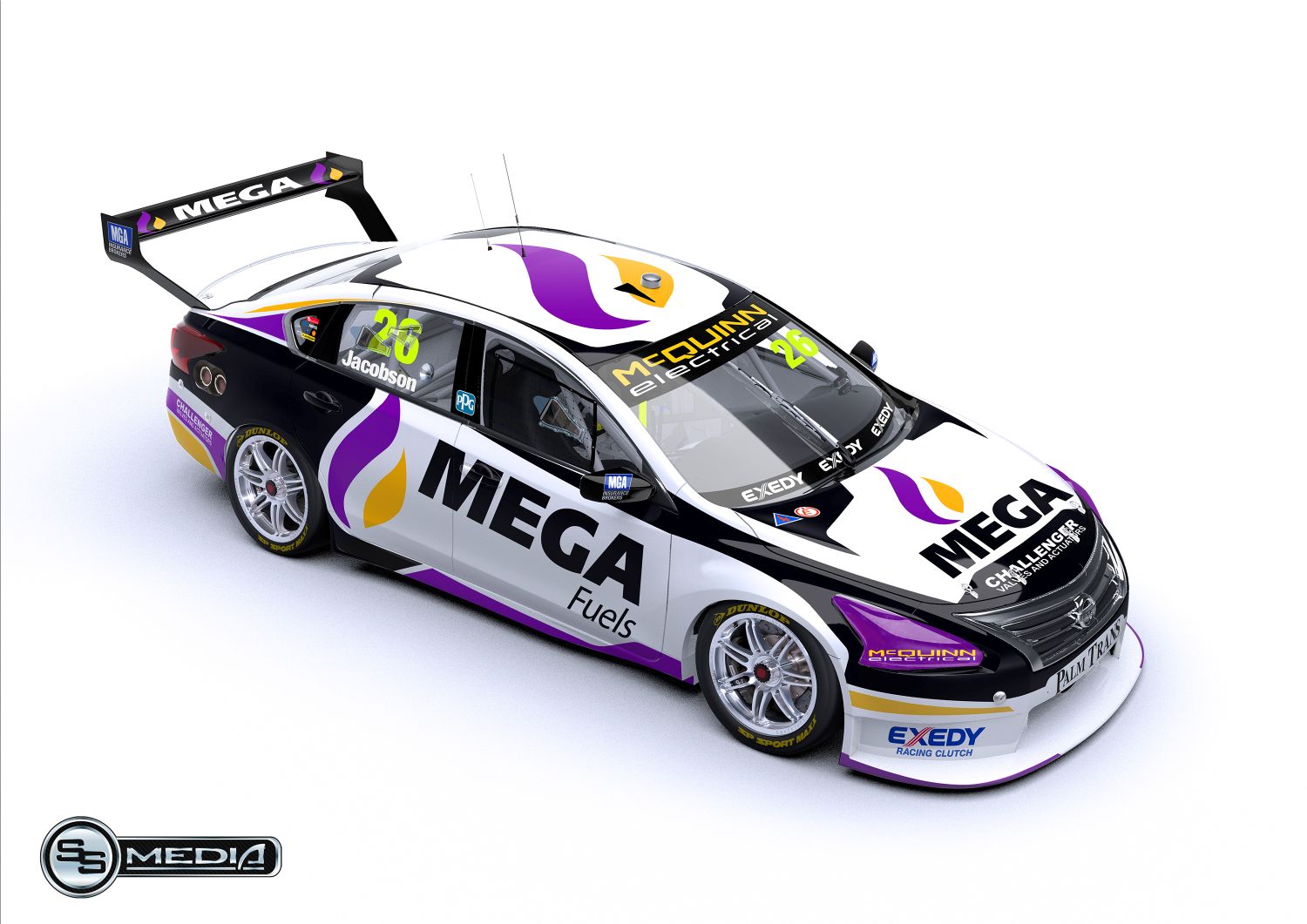 He claimed the title in the first of two seasons with Prodrive Racing Australia, now Tickford Racing, and paired a tough defence with his PIRTEK Enduro Cup debut in 2017.

The Ford squad is scaling back to fielding a sole Falcon this year, for single-seater convert Thomas Randle.

“I’m very excited to be joining the MW Motorsport squad for this year and bringing MEGA Limited along for the journey,” Jacobson, who arrives with his 2017 sponsor, said.

“Matt White is well renowned for producing a very good racecar and it’s awesome that we can partner up with him this year.

“After driving another marque, the Nissan will be a great challenge – since entering the Dunlop Super2 Series with MW Motorsport, the team has produced some solid results, so we aim to build on that program in 2018.

“To have Dean and Alex in the team – both drivers with a lot of experience – will be a great yardstick and I’m confident the three of us will work brilliantly together.”

All three of MW’s 2018 Super2 drivers are expected to be part of Nissan Motorsport’s PIRTEK Enduro Cup line-up.

Fiore is already a mainstay, with David Russell believed to leaving the team after seven seasons.

Garry Jacobson  ›
Stay In The Know
Sign up to the Virgin Australia Supercars Championship Newsletter
We use cookies to ensure that we give you the best experience on our website. If you continue to use this site we will assume that you are happy with it.Ok