‘It’s what I have been dreaming of’: Feeney

A Townsville clean sweep was the stuff of dreams for Broc Feeney, who extended his Dunlop Super2 Series lead on Sunday.

The Triple Eight Race Engineering teenager was a class above in Townsville, topping all six sessions which were held over the course of the weekend.

Feeney dominated both races, and now leads the series by 51 points.

Sunday's second was shortened to 16 laps from a scheduled 21, with the BP Ultimate Safety Car deployed twice.

In came in a race Feeney's teammate wile Angelo Mouzouris was taken out by Matt Stone Racing's Aaron Seton.

For Feeney, it was a third Super2 win in four starts following his Bathurst breakthrough in February. 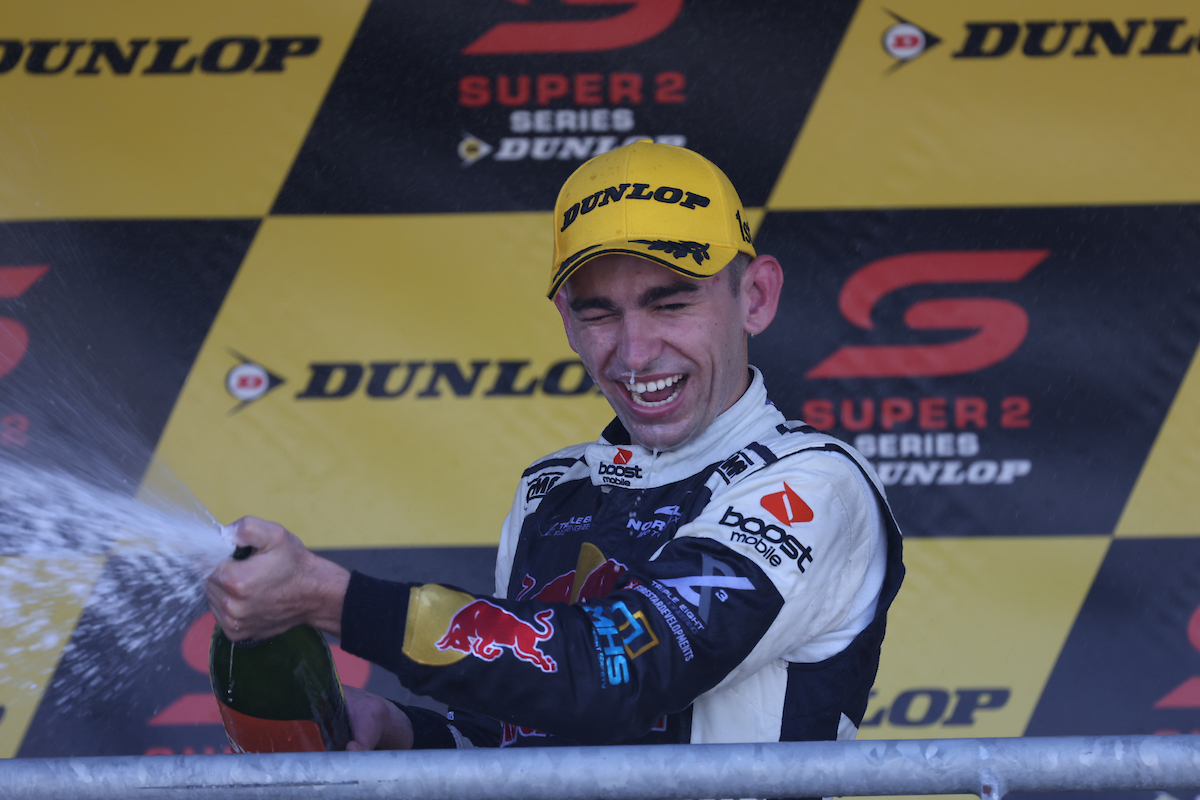 "What a weekend," he said after the race.

"I just can't thank my team enough. I dream of this stuff, you know?

"The red number [denoting series leader] went on this morning, I was so excited.

"It's literally what I have been dreaming of for the past couple of years and a clean sweep this weekend.

"Every session, we have been on top, and the pace in this car is unbelievable."

Feeney will again be the hunted next weekend, with the Super2 and Super3 fields on the support card when the WD-40 Townsville SuperSprint takes place next weekend.

"I can't wait to come back here next weekend," he said.

"I've got a few little things I can tune up myself and hopefully we can make it another good weekend next time."