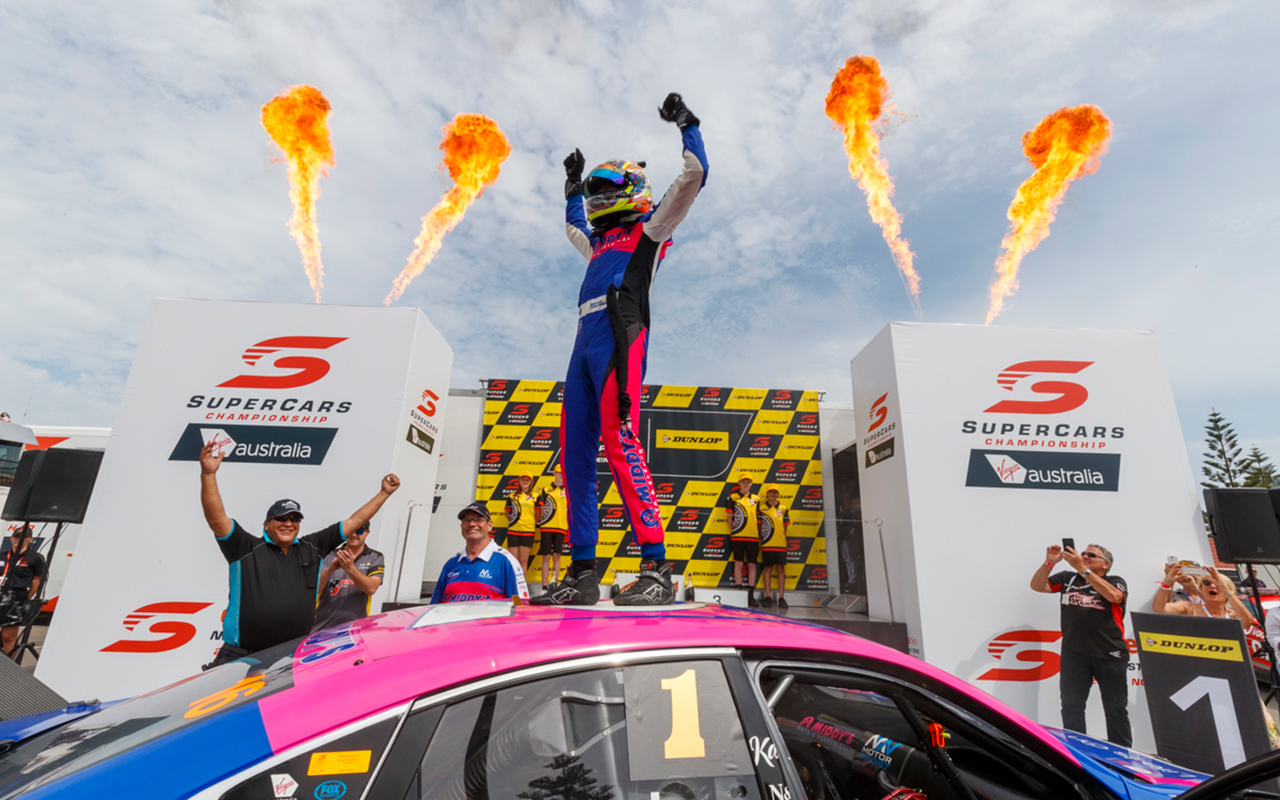 The 22-year-old claimed his first race win last time out at Sandown and continued his good form this weekend, with finishes of third and first.

He ultimately finished 2.2618 seconds clear of Fullwood, who made a costly mistake on lap 9, which gifted the Albury driver the top spot.

With the results, Fullwood ends the 2019 season with 1924 points, 422 ahead of Kurt Kostecki and 528 over third-placed Thomas Randle.

The newly crowned champion finished the year in style, winning the opening race, before securing the ARMOR ALL Pole Champion Award and the round honours in Newcastle.

As racing got underway for the final time this year, polesitter Fullwood made a clean getaway and controlled proceedings, with Boys applying pressure early.

Fullwood then locked the tyres at Turn 11 on Lap 9 and ran deep, opening the door for Boys who made the most of the opportunity.

The Nissan driver tried to fight back early, but Boys began to run away with the lead and held onto the spot for the remaining laps.

Tickford Racing's Randle had a quiet race in third and comfortably held onto the position he qualified in, ahead of Triple Eight's Kostecki in fourth.

In the third Eggleston entry, Will Brown locked the rear-tyres on the run into Zara Street and slid into the tyre barrier, causing substantial damage that forced him to pit and retire.

Adam Marjoram and Jack Smith came together multiple times on the opening lap, before Marjoram returned to the pits with broken suspension, putting him out of the race.

Matt Chahda was on for his best result of the season, until he was spun by Smith who locked-up and slid out of control at Turn 11 late in the piece, dropping Chahda to 11th.

That opening round of the 2020 Dunlop Super2 Series will take place on the streets of Adelaide.