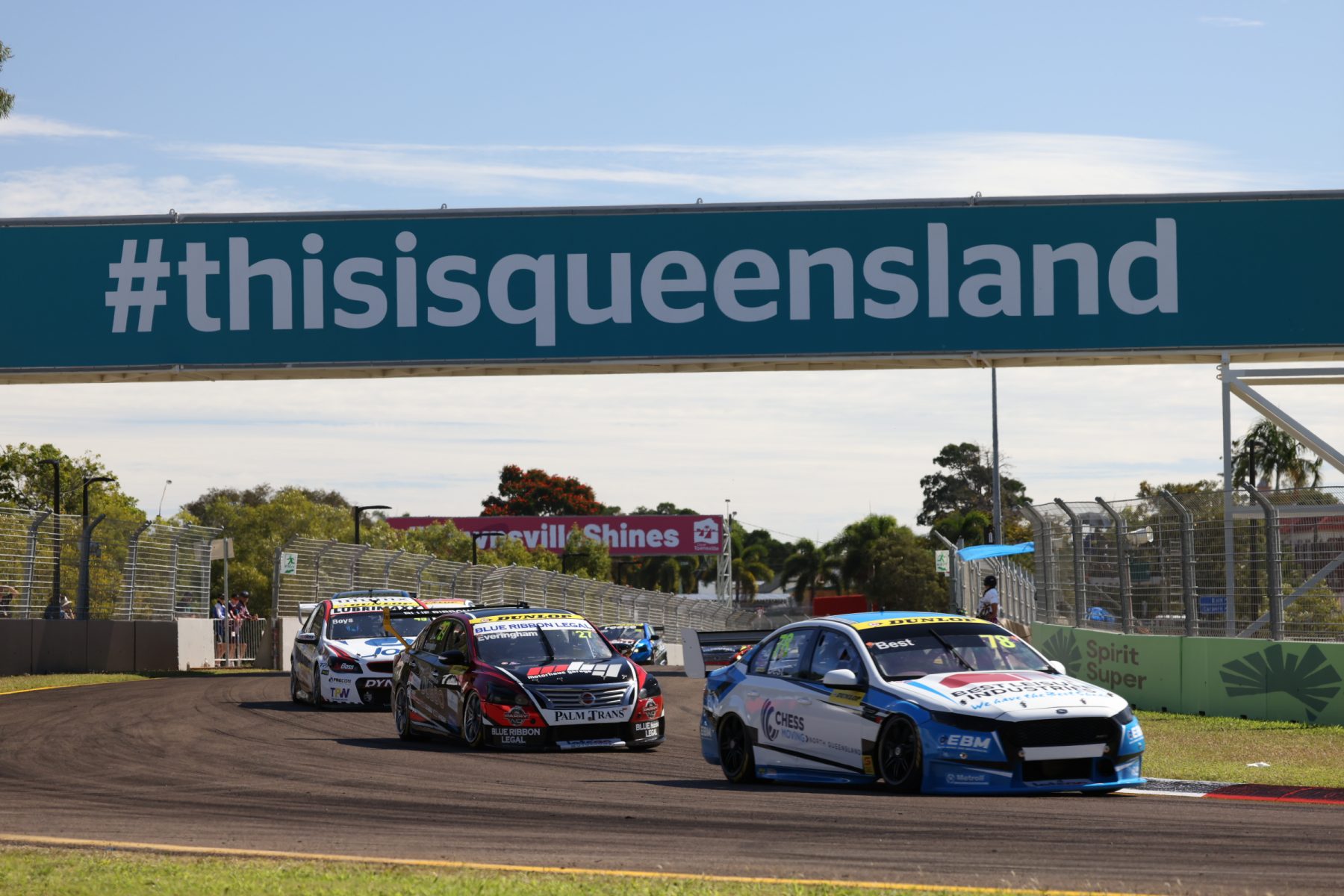 Zak Best was happy with a “good” weekend in Townsville despite losing the Dunlop Super2 Series lead.

Best arrived in Townsville as the points leader, but Broc Feeney will take a 42-point lead into this weekend’s WD-40 Townsville SuperSprint.

Feeney was a class above in Townsville, topping every session and winning both races in a canter.

Best started Sunday’s race alongside Feeney on the front row, but lost ground at the start.

The race featured two Safety Cars, the first on lap 2 for an incident between Aaron Seton and Angelo Mouzouris.

Best was caught in a feisty battle for the minor placings, and crossed the line fifth.

He was later promoted to fourth after Jordan Boys was slapped with a time penalty over an incident with Tyler Everingham.

While Feeney was in another tier, Best was happy with two fourth-place finishes at his first Townsville event as a Tickford Racing driver.

“We started off the day pretty well by qualifying second, it was good to start on the front row," he said.

"I lost a few spots off the start then got bumped back to sixth after a couple Safety Cars, and fought back up to fifth at the end, then ended up fourth after Jordan’s penalty, so still a strong finish for us.

"Overall it was a good weekend, obviously we lost the championship lead but we’re not far behind in second, and we’ll look to tune up the car for another go next week.”

The Dunlop Super2 Series and Dunlop Super3 Series fields will return this weekend for the third round in Townsville.