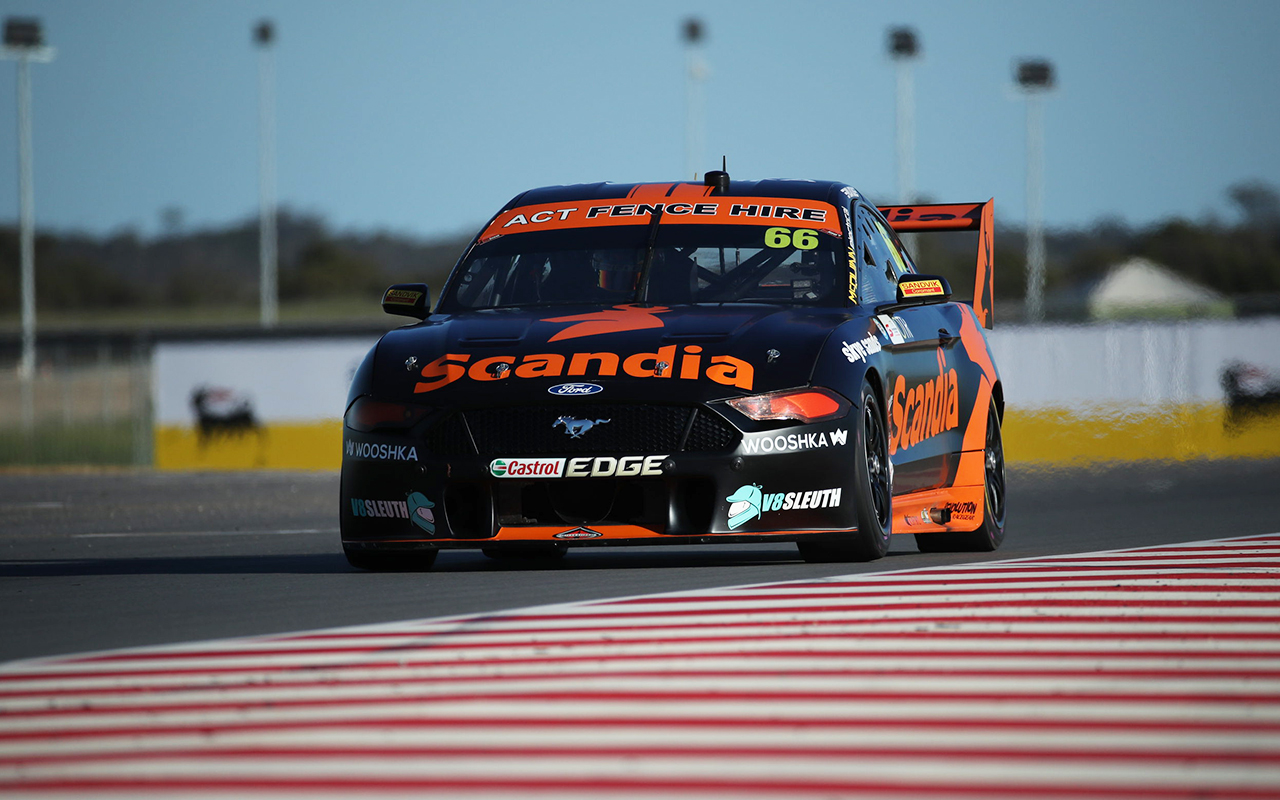 He had to wait a little longer for it than initially planned, but Thomas Randle’s first day in the main game could barely have gone better.

He then went fourth fastest against the full-time drivers in Practice 1, before sneaking into the top 10 in Practice 2.

That final run comes with ramifications for his debut Supercars race tomorrow, granting him direct access to the second phase of qualifying, which in turn means he cannot start from lower than 16th on the grid.

The 23-year-old Dunlop Super2 Series regular was grinning from ear to ear by the end of a day where all seven Mustangs made the top 10.

“It was unbelievable, still pinching myself to get into the 10,” he said.

“Still a million miles away from the guy next to me [Scott McLaughlin, Practice 2 leader] but really happy for all the guys. It’s been a great day.”

Randle noted talks had been held earlier in the year to run as a wildcard in two 2019 events, either at Winton or Darwin before heading to The Bend, but the time involved with the required preparation proved a limiting factor.

Instead, he shone on his first day in Supercars at The Bend, on the back of a test at Winton last week.

“I sort of picked three things after Practice 1 that I wanted to work on for the second practice, and I’ll find out when I look at the data,” Randle said.

“But to only be four tenths off Chaz (Mostert), or something like that, I think three tenths off Lee (Holdsworth), was really good.

“It’s such a long track, you’ve got 18 corners which, for me, 18 more (potential) mistakes, so I just wanted to make sure on that lap just to not have any, so I ended up happy with where we finished.”

He doesn’t expect the challenge to get any easier come race day, though.

“We’ve still got two long races to come,” he said.

“That’s going to be where it counts, to see how I race against the other guys, so to be automatically in the top 16 is really good, and hopefully we can move up a few spots in Q2 but yeah, it’s just going to be a completely different ball game.

“This level of drivers, and we’ve got pit stops, and there’ll be so many new features for me, so it’s going to be a lot of rapid learning across the rest of the weekend.”

Drivers will hit the track at 10am local time tomorrow for Practice 3 before the three-part qualifying session gets underway from 12.35pm.