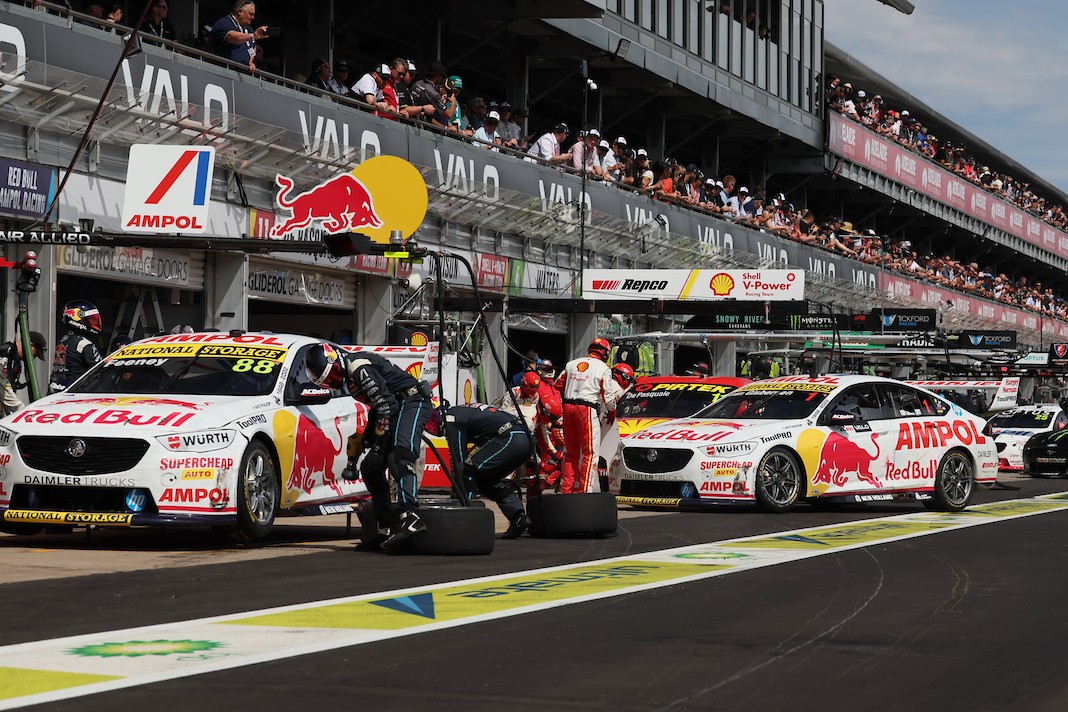 Van Gisbergen came under investigation following the second round of stops during the VALO Adelaide 500 finale.

Feeney and van Gisbergen were first and second at the time of the Safety Car, which was called for a crash for Bryce Fullwood.

Van Gisbergen parked behind Feeney, and was just ahead of De Pasquale as the #88 and #11 were serviced.

De Pasquale then lost track position to Chaz Mostert, who would later finish in front of De Pasquale.

Feeney would go on to win the race, with van Gisbergen seventh.

On the broadcast, Shell V-Power Racing Team Principal Ben Croke said: "I think our neighbours did us over there.

"Anton had to go, and lift, and try and get out of it — that’s the way it goes sometimes.”

Rule B7.2 of the Supercars Operations Manual states: "A Car entering its Pit Bay must do so without impeding any other Car in Pit Lane”.

The stewards’ report reads: "A report from Pit Lane officials that Car 1, Shane van Gisbergen, may have impeded Car 17 from exiting its Pit Bay.

"Broadcast footage revealed that Car 1 was right behind Car 88 which was in its Pit Bay waiting for Car 88 to leave.

"There was no other position Car 1 could have occupied while it was waiting which would not have impeded other Cars.

"The wheels and equipment for Car 17 were nearly out to the edge of the fast lane so Car 1 could not have stopped adjacent to Car 17 without baulking the fast lane.

"In the circumstances, no breach was observed.”

Van Gisbergen was later penalised over a Safety Car restart breach, having deemed to have overlapped Lee Holdsworth too early.

It comes after van Gisbergen avoided penalty in qualifying, and remained in the Shootout, after he sped in pit lane.

When asked about the stacking incident, De Pasquale said “there was a bit going on”.

He added: "Hard to get out of there, obviously, with the two cars in front of us, and then Chaz next to me.

"I’m not sure how we didn’t touch it at some point, but we made our way through it.

“Ideally [I] would have popped out in front, but it wasn’t meant to be."