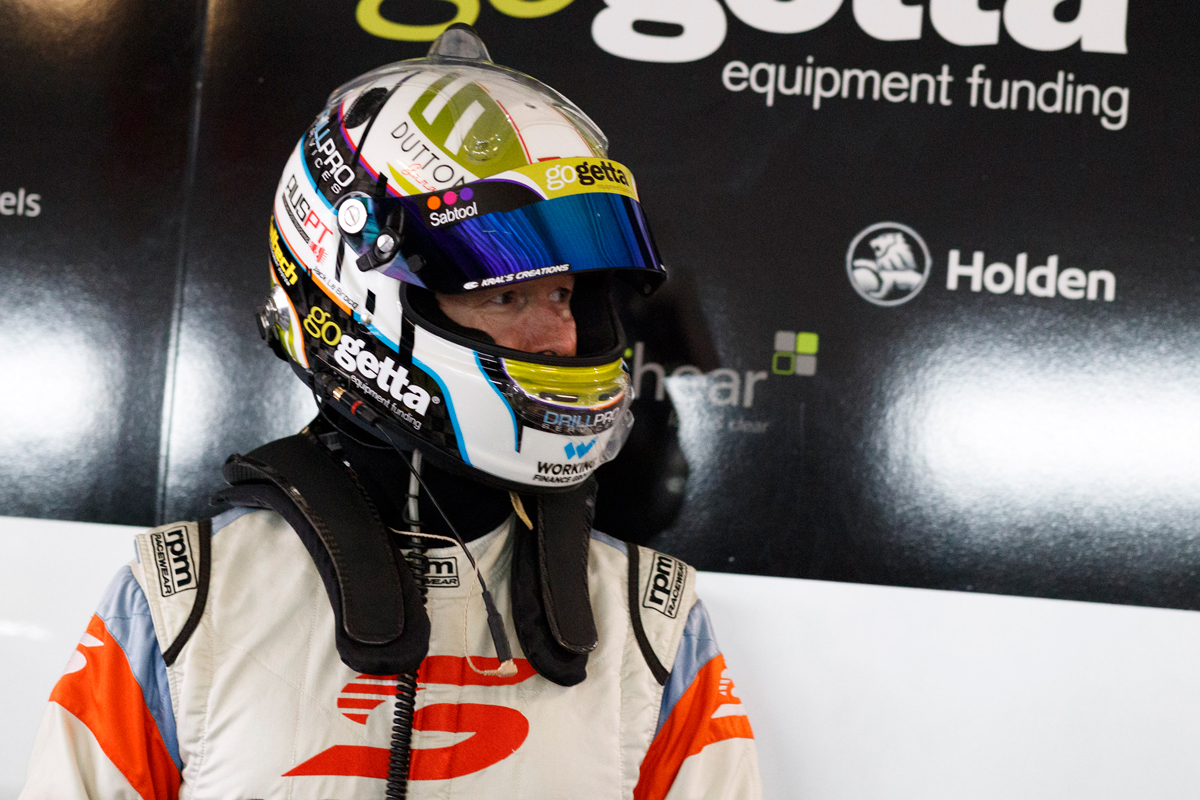 In each of the last three years, Greg Murphy has slipped seamlessly into the field of Supercars co-drivers for the additional driver practice session at the Winton SuperSprint.

Murphy’s Winton laps came at the invitation of Tekno manager Adrian Burgess, after co-driver – and team owner – Jonathon Webb had made a last-minute call not to attend.

Burgess headed up the then Holden Racing Team-branded Walkinshaw Racing outfit when four-time Bathurst winner Murphy pulled the pin on his driving career at the end of 2014.

Then just 42, Murphy’s decision to step away from co-driving with a year still on his HRT deal to take up a television role surprised many, including Burgess.

“He was still operating at a level high enough where he deserved a co-drive, there’s no doubt about it,” Burgess reflected to Supercars.com.

“He would have easily done the job requested of him for our team, or any other for that matter [if he’d continued in 2015].

“I’m sure if he was still driving a few other things during the year to be race fit, he’d still do a bloody good job.

“You shouldn’t draw too many conclusions from one session at Winton, which is not Bathurst, but he was bang on it there.” 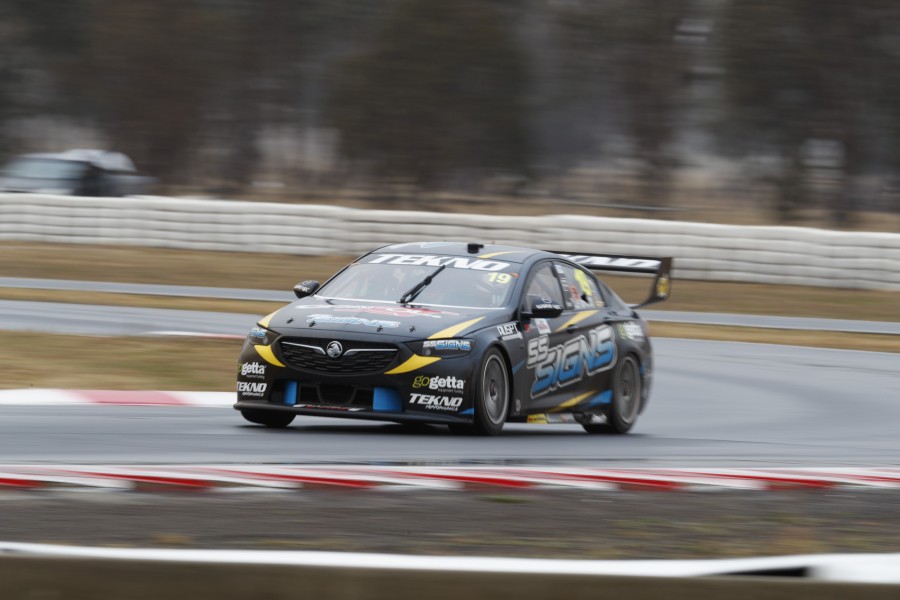 Now an established part of the Supercars television line-up, Murphy maintains that he has no interest in a comeback, and has no regrets about the timing of his exit.

His full-time career had come to an end after a troubled 2012 season with Kelly Racing, where he’d missed multiple events after a crash left him needing back surgery.

Murphy's two enduro campaigns with James Courtney at the HRT were highlighted by a second at Sandown in 2014, but came during a largely trying period for the squad.

The two Bathursts were cruelled by a crash in 2013 and electrical problems in ’14, while his final outing on the Gold Coast included an unfortunate startline incident.

While the television opportunity was the primary reason for Murphy's big decision, he says today that he didn't really enjoy being a co-driver.

“When I was a co-driver I always felt I was catching up, which I think a lot of those guys feel,” Murphy explained to Supercars.com.

“You get to Sandown and you’re not fully ready, in many respects, because you just haven’t done that much racing.

“Certainly by the time I got to 2014, I just didn’t feel like I was prepared enough, and you’re never natural when you’re a co-driver.

“When it’s your car you just get in and drive flat-out from the moment you go out the gate. You’re prepared to put everything on the line, because you’re comfortable.

“If you make a little mistake, it’s just nothing, you push on. You go hard all the time. 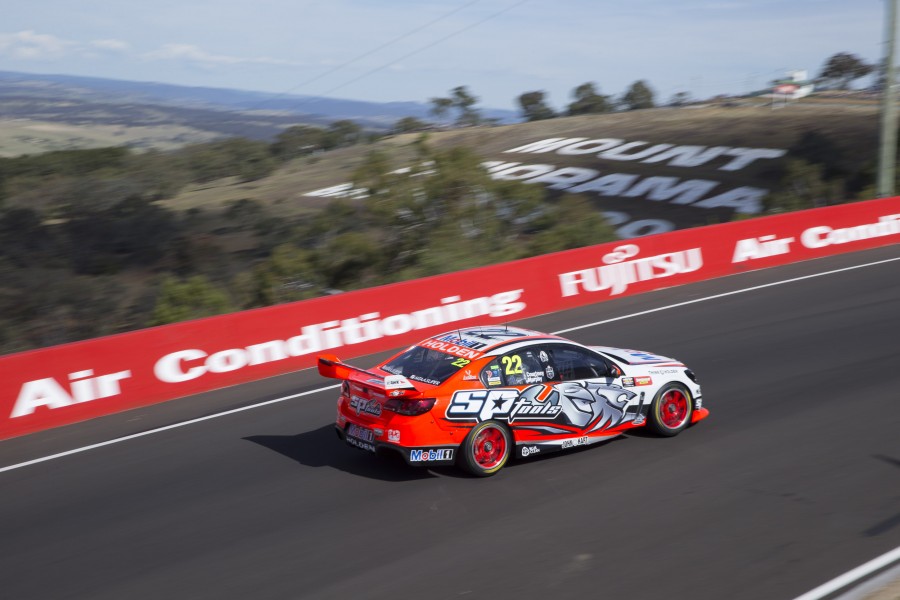 “I didn’t really want to be disappointed anymore. If I stayed with HRT, we know where it went from there, and there wasn’t a huge amount of amazing results.

“Things have started to change now, but it’s taken a long time, and I didn’t really want to keep working away at that level and not get something in return.

“I appreciated those guys were disappointed when I said I was pulling the pin, but things change and move on, and they picked up Jack [Perkins], who fits in there really well.”

Murphy says he feels fortunate to now get his competition fix in rallying in New Zealand, while maintaining a career in Supercars through commentary.

“I couldn’t just leave cold turkey and just go away and do nothing, and I always wanted to have a go at rallying. I’ve put a serious amount of focus into that,” he said. 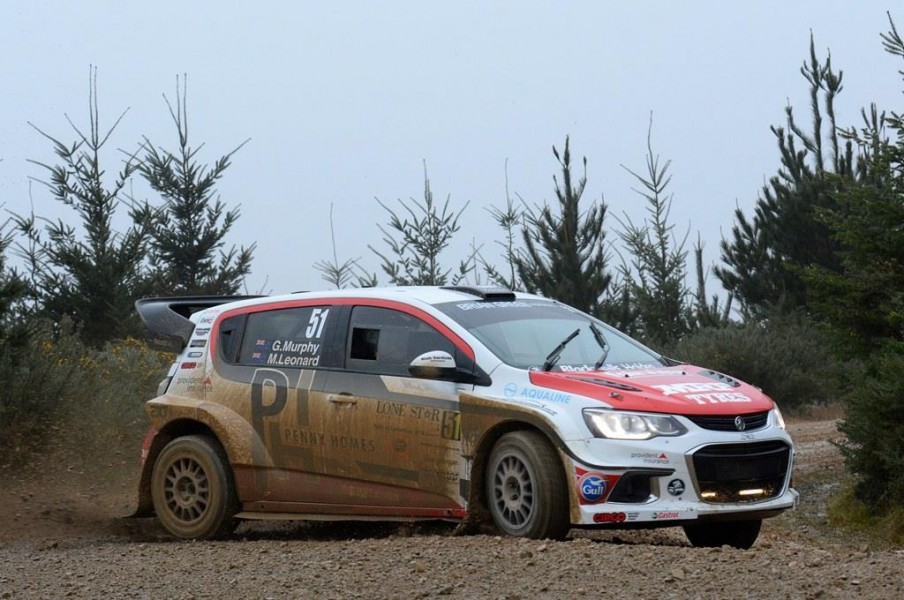 Murphy has turned to rallying in New Zealand

Murphy’s role of pit reporter in the Supercars broadcasts, meanwhile, puts him right in the heart of the action, which suits the Kiwi down to the ground.

“It’s an intriguing place to be, watching what everyone is going through and understanding and recognising every different scenario that plays out for every driver,” he said.

“I’ve been fortunate to experience the ultimate highs and ultimate lows, and you see that every race meeting in these teams.

“It’s an interesting space to be involved in now and watch from an arms-length and see it transition.

“To be the first on the scene to interview Todd, I really cherished that, because we were team-mates, I worked for him, we’ve had run-ins, success, everything over the years.

“Like any sport, Supercars is built on those special moments, and it’s really cool to be able to be a part of them.”

McLaughlin is one of a number of young Kiwi drivers in the category who grew up idolising Murphy, who had excelled on home soil at Pukekohe. 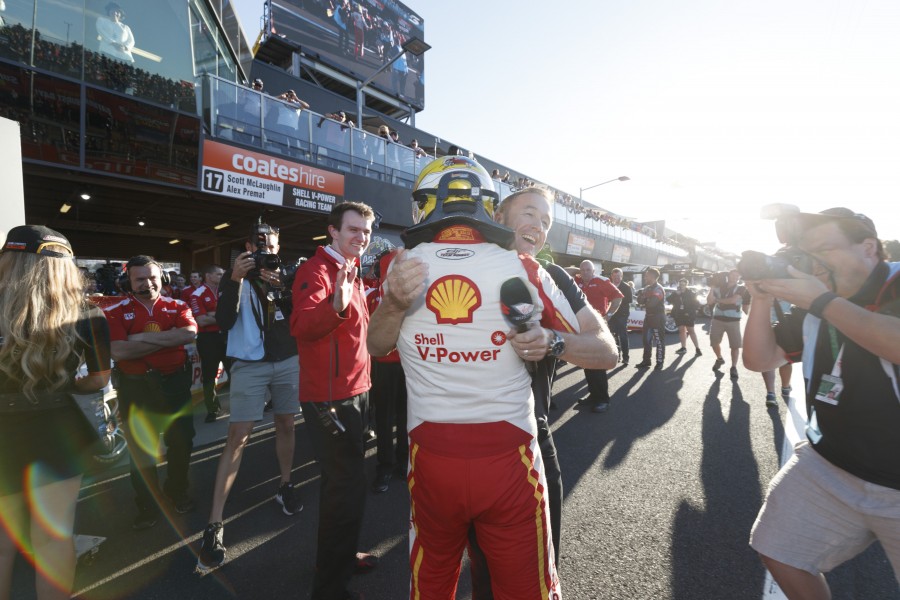 Murphy and McLaughlin embrace after the youngster's pole lap

While Murphy insists that working in the pitlane does not leave him wanting a return to the driver's seat, it does bring home an element of his career that he now regrets.

The intense, heart-on-sleeve nature that endeared Murphy to a legion of fans was no act, and he freely admits that, behind the scenes, he was a difficult driver to work with.

“I’d say the only regret I’d have is I should have done things a bit differently in the way I acted sometimes,” he said.

“I worked with some great people and at times made their lives quite difficult. It wasn’t my intention, by any means, but it often came across the wrong way. It was just me being me.

“I just maybe put too much pressure on, too often. But it was one of those things. I knew the importance of success in sport and I wanted to control it better.

“Somehow I managed to get through as far as I did without getting completely booted!”

Murphy recently joked that his 16-year-old son Ronan, who is just starting his racing career, is “a very, very different young man to the angry Kiwi that I’m known as!”.

09/06/2018
Stay In The Know
Sign up to the Virgin Australia Supercars Championship Newsletter
We use cookies to ensure that we give you the best experience on our website. If you continue to use this site we will assume that you are happy with it.Ok