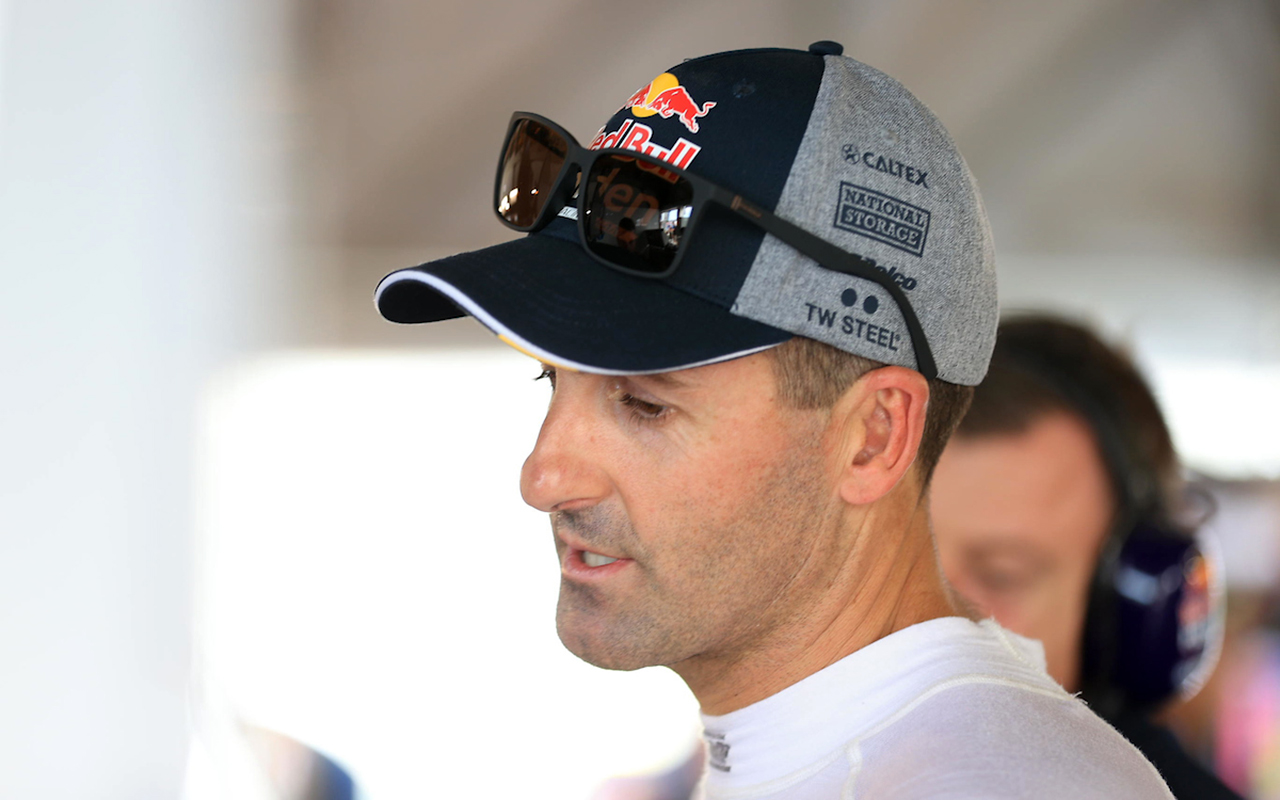 Jamie Whincup defied a badly rolled ankle to top the second ARMOR ALL Qualifying session at the Beaurepaires Melbourne 400.

It was an eventful day for the seven-time champion, whose 1:55.2809s lap ensured he will start his 500th Supercars race from pole on Saturday.

He had earlier secured second on the grid for the event’s opening race, managing ankle pain through both qualifying sessions.

“I just rolled it, I was running late for drivers’ briefing and came out of the truck and rolled it pretty bad actually,” the 37-year-old explained.

“I was happy to get through today and then we’ll give it some treatment tomorrow.

“It’s sore but didn’t affect the lap time at all, which is good. So very lucky.”

He had also survived a brush with the concrete wall exiting Turn 10 during first qualifying.

“I was concerned turning into the next corner that I had damage, I didn’t know whether the tyre was down or there was damage, but I turned in and it hooked up alright so I got through the lap,” Whincup said.

“I had massive vibration after that so I was praying it was just the rim, which it was, we put the second set of tyres on for Q2 and the car was nice and straight, happy days.

“A small ‘get out of jail free’ card after that one.” 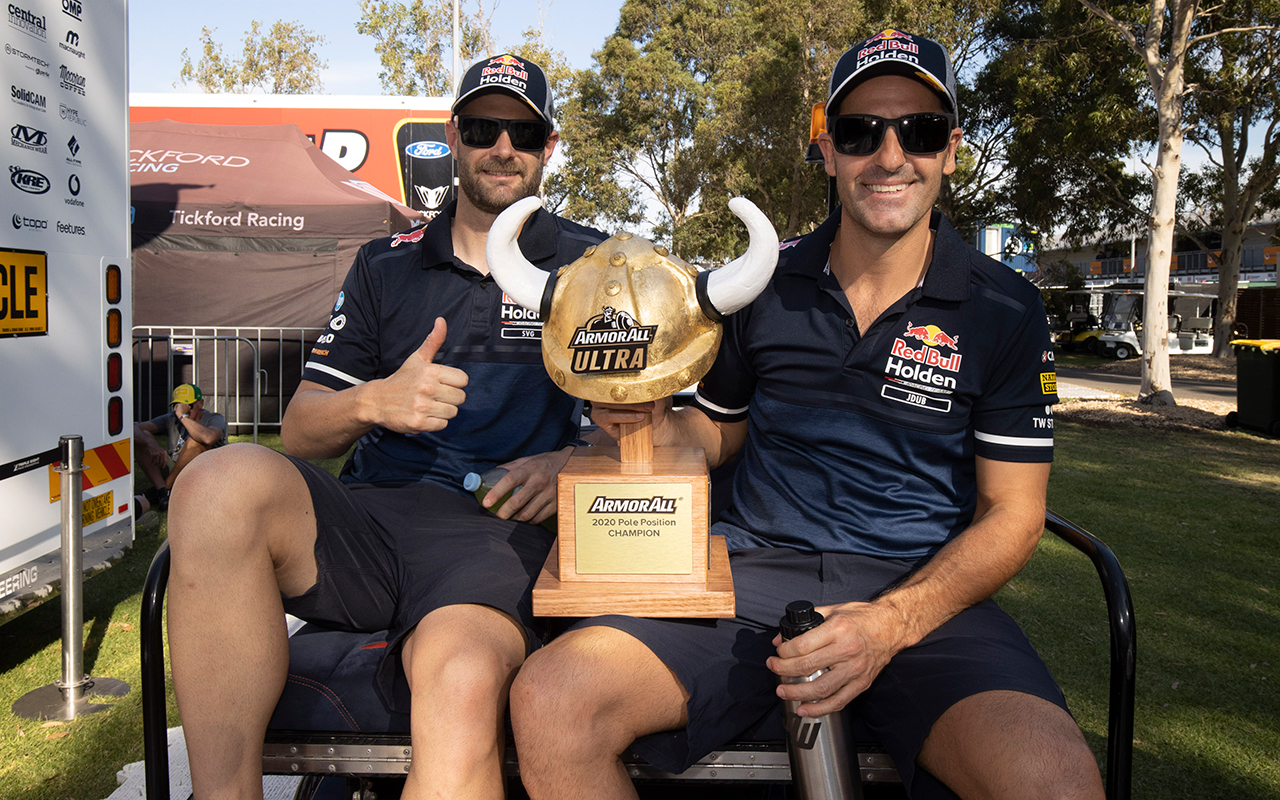 The only driver to better Whincup in first qualifying was his teammate Shane van Gisbergen, meaning the Red Bull Holden Racing Team has swept all four poles thus far in 2020.

“We had a lot of issues that haven’t affected pace but we’re managing to get on top of them, a few niggles with the new car, but it’s obviously still fast,” said van Gisbergen, who was fourth in second qualifying.

“This format is something I’ve struggled with the last two years, the four quails I’ve never nailed all of them so I tried a bit of a different approach for it and a different mindset and it seems to be OK but we’re only halfway through.”

Van Gisbergen added he had observed a difference upwards of two seconds per lap between the soft and hard tyres, making for an interesting strategy situation for the weekend’s four 100km sprint races.