Jamie Whincup marked the 10th running of the Watpac Townsville 400 by taking his 10th race win at the Reid Park Circuit in commanding fashion.

Whincup took the lead from Scott McLaughlin on lap two and controlled proceedings for the balance of the 70 laps, leading by more than 10 seconds for the bulk of it.

He ultimately crossed the line 2.1946s clear of team-mate Shane van Gisbergen after a late Safety Car intervention, while McLaughlin rounded out the podium.

The victory is Whincup’s first since the Symmons Plains event in early April. 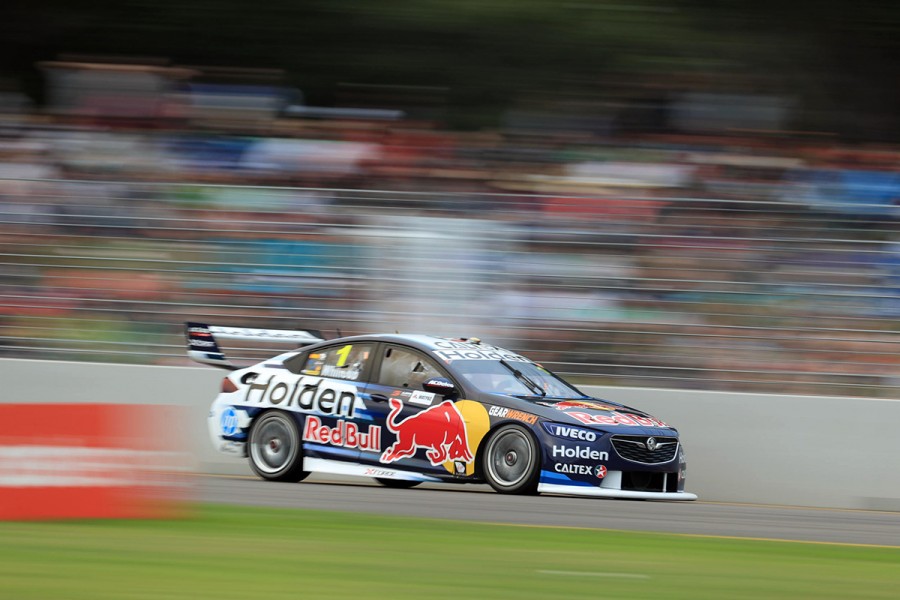 “I had to remind myself I could still drive," he joked post-race.

“But [engineer] David Cauchi gave me an absolute rocket today, it was a lot of fun. We were able to lead from the start and a one-two for the team, I couldn’t be happier.

“I don’t know what it is about Townsville… it’s just a great event and we dig deep and put in our best performance.”

Polesitter McLaughlin led off the start, despite a stern challenge from David Reynolds in particular in the first half of lap one.

By the end of the lap, Whincup was in second, and at Turn 2 on lap two he moved into the lead down the inside of McLaughlin’s Falcon.

His lead got out to 14s mid-race, but an 11s advantage was annulled by a brief Safety Car period for debris with 15 laps remaining.

Van Gisbergen stayed with Whincup after the restart, but no challenge was forthcoming and the gap opened up in the final 10 laps.

Whincup brought it home for his 111th Supercars victory and third of the campaign. 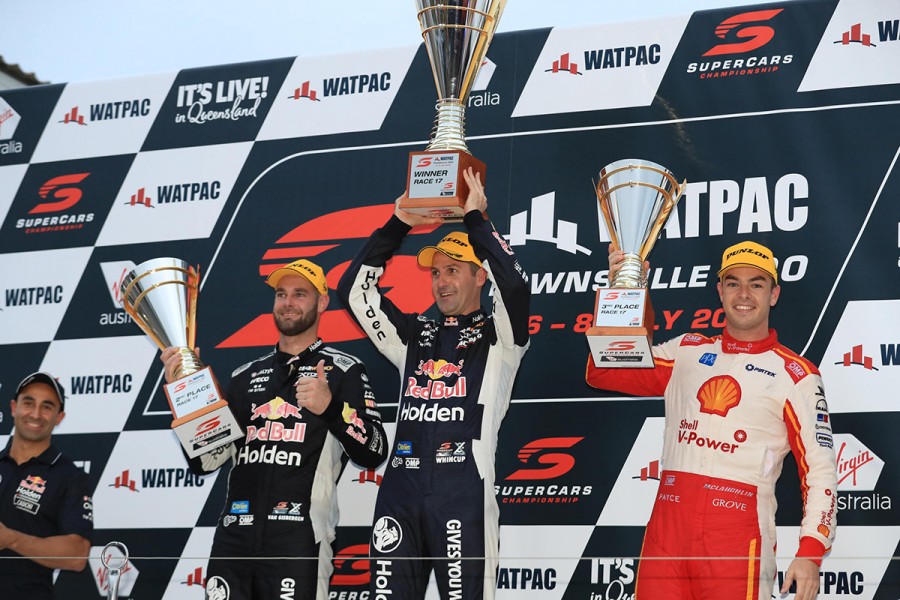 “Jamie was fast from the get-go. I got a good start and thought ‘this is good’, but he just came blistering past,” McLaughlin noted.

“I had nothing for him to be honest, we’ve got a lot of head-scratching to do.”

Behind Whincup, the battle for the other podium places featured van Gisbergen, McLaughlin and Craig Lowndes.

Van Gisbergen cleared Reynolds during the first stint and ranged up on McLaughlin, the pair pitting together on lap 21.

They traded places, via a slightly shorter fill for the Red Bull Holden, which then withstood early pressure to edge away during the second stint.

McLaughlin’s focus shifted to Lowndes through to the second round of stops.

The last of the three to pit on lap 44, van Gisbergen emerged from the second pitstops right ahead of McLaughlin and Lowndes.

The Safety Car interrupted that, with van Gisbergen pulling clear after the restart to take second. 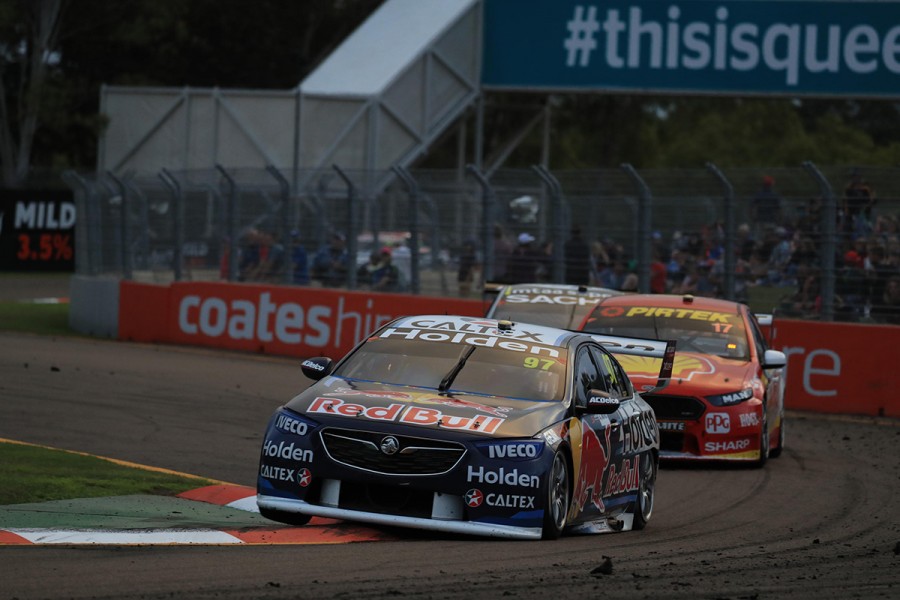 “I really enjoyed that race, a great battle with Scotty, and stoked for a one-two,” van Gisbergen said.

“Jamie is bloody awesome here, so we need to make our car a little better and I need to be a bit better tomorrow and we’ll take him on.”

McLaughlin and Lowndes took a little longer to clear the lapped Tim Blanchard and lost touch.

Lowndes could not make it an all-Triple Eight podium, with McLaughlin grabbing third.

With the results, McLaughlin’s championship lead over van Gisbergen falls slightly to 152 points, while Whincup moves into fourth – from fifth, jumping Lowndes – 412 adrift.

Lowndes finished fourth, having to hold off Fabian Coulthard in the closing stages.

“I was pushing hard to make a one-two-three for Triple Eight, but Scotty had really good drive off the corners,” Lowndes said.

“We could monster him under brakes, get him on the entry, but he had good drive.

“Right at the end we faded off him and tried to protect from Fabian because he had younger tyres.”

Coulthard was the last driver to make his second pitstop, emerging on fresh tyres with 20 laps to go.

He moved up to eighth before the Safety Car and then capitalised on that to come home fifth.

Tickford Racing’s Mark Winterbottom was the best of the non-Triple Eight or DJR Team Penske drivers in sixth.

Reynolds spent the run home battling another Tickford Falcon, of Cameron Waters, but held on to cross the line seventh.

Will Davison was ninth, ahead of Brad Jones Racing pair Nick Percat and Tim Slade.

Andre Heimgartner in 12th was the lead Nissan, Rick Kelly fading to 15th having spent most of the afternoon in the top 10.

Contact spun Courtney’s Commodore around and dropped it to the back of the pack, but an early first stop regained some track position.

Courtney ran as high as ninth early in the second stint but he had to settle for 18th, two spots behind Tander.

His day included another clash with rookie Jack Le Brocq on the final lap, between Turns 2 and 3, which spat the Tekno Holden into walls on both sides and James Golding’s Commodore.

Golding, though, was able to continue and cross the line in 17th as the top rookie.

Michael Caruso’s Nissan was due to start at the rear of the grid, but the Drive Altima crawled to a halt with a suspected battery problem on the formation lap.