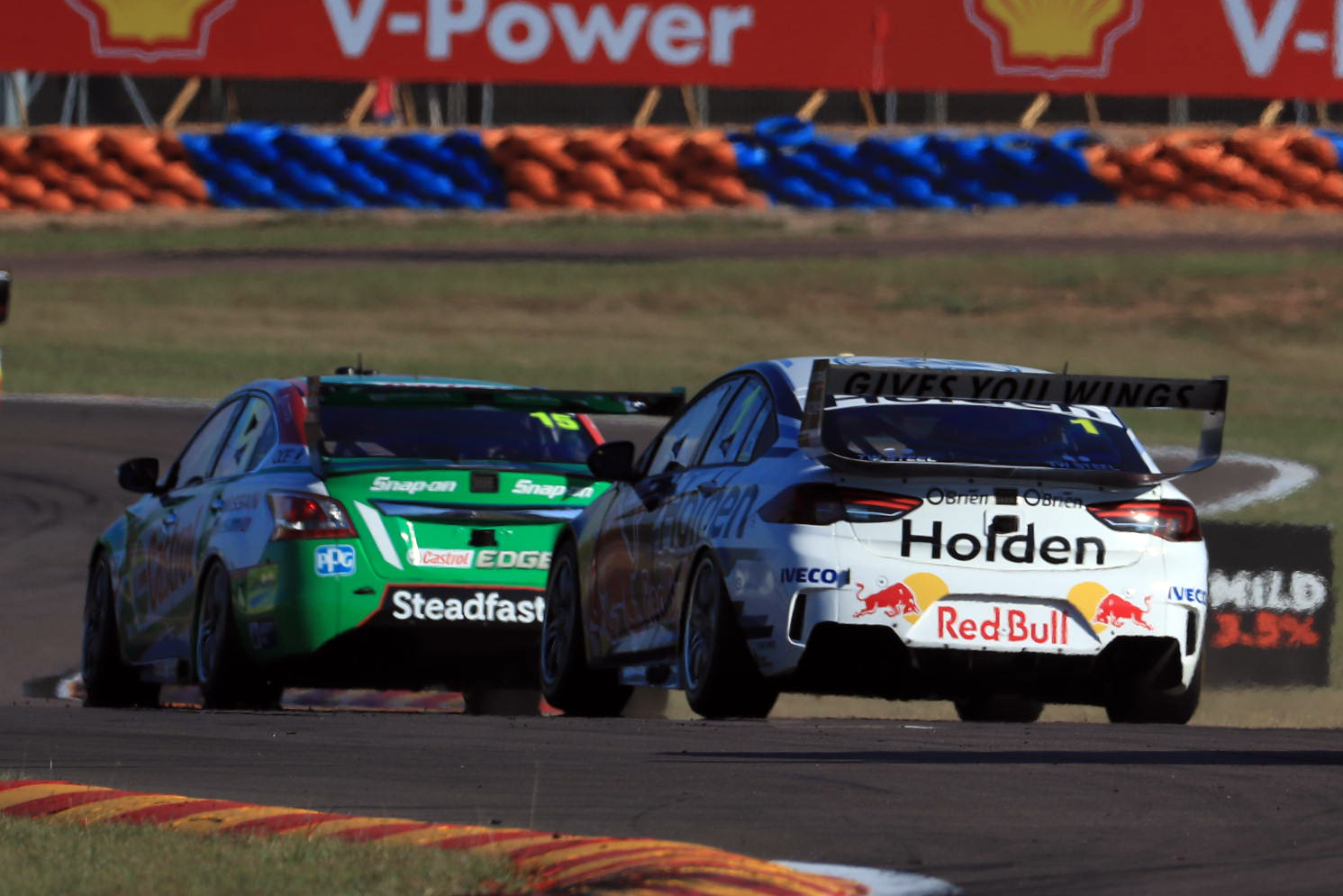 Jamie Whincup felt lucky to come away unscathed from a clash with Nissan driver Rick Kelly in the opening leg of the CrownBet Darwin Triple Crown.

It was another tough day for the seven-time champion, who fell to sixth in the standings with an eighth-place finish, two spots behind Kelly.

They ran behind the Shell Ford for much of the race’s first half, before eventually being overpowered by those on fresher rubber.

Whincup lost three places when he tried to pass Kelly on lap 21, the pair running side-by-side through Turns 2, 3 and 4, before Whincup was bumped wide at 5.

“Today the strategy was to stop early, but it wasn’t the right one,” said Whincup.

“I did my best to get past Rick, but he blocked well and we almost crashed at Turn 5. We were lucky to come away unscathed.

“We need to improve the car balance to do better in qualifying tomorrow,” he added, having started sixth today.

“We’ve changed the car quite a bit from the last three rounds and just trying to nail that balance for qualifying is difficult.

A winner last time out at Winton, Kelly was among the pacesetters throughout practice at Hidden Valley before qualifying fourth.

Poor tyre life in the race, however, meant the decision to pit early proved costly.

"I attacked as hard as I could and chose my battles as wisely as I could,” he said of his race.

“We obviously have good one-lap pace but we can’t hold onto the tyres for the full race distance.

“We started to heat up the tyres and the places I had to slow the car down cost us a lot of time. We‘ll take away the learnings from that.

“We didn’t expect the tyres to drop off like that, otherwise we wouldn’t have picked the strategy we did.

“But on paper the strategy was good, we just didn’t have the car to match the aggression.

“So tomorrow we’ll reset and make the car a bit better in the race."

He finished 10th, but could have been as high as sixth if not for an off at Turn 1 during his long stint.