A new lap record is on the cards after Jamie Whincup led a blistering pace in the opening practice of the Supercheap Auto Bathurst 1000.

The pair were the only two runners to break the 2:05s barrier; Anton De Pasquale of Penrite Racing their nearest competitor.

Whincup was pleased to hit the ground running in the hour-long session.

“The car feels pretty good out of the gate which is nice. I hate starting seconds off and having to chase,” he said.

“It’s still a huge job to do, tuning the car as the weekend goes on, but so far, so good.” 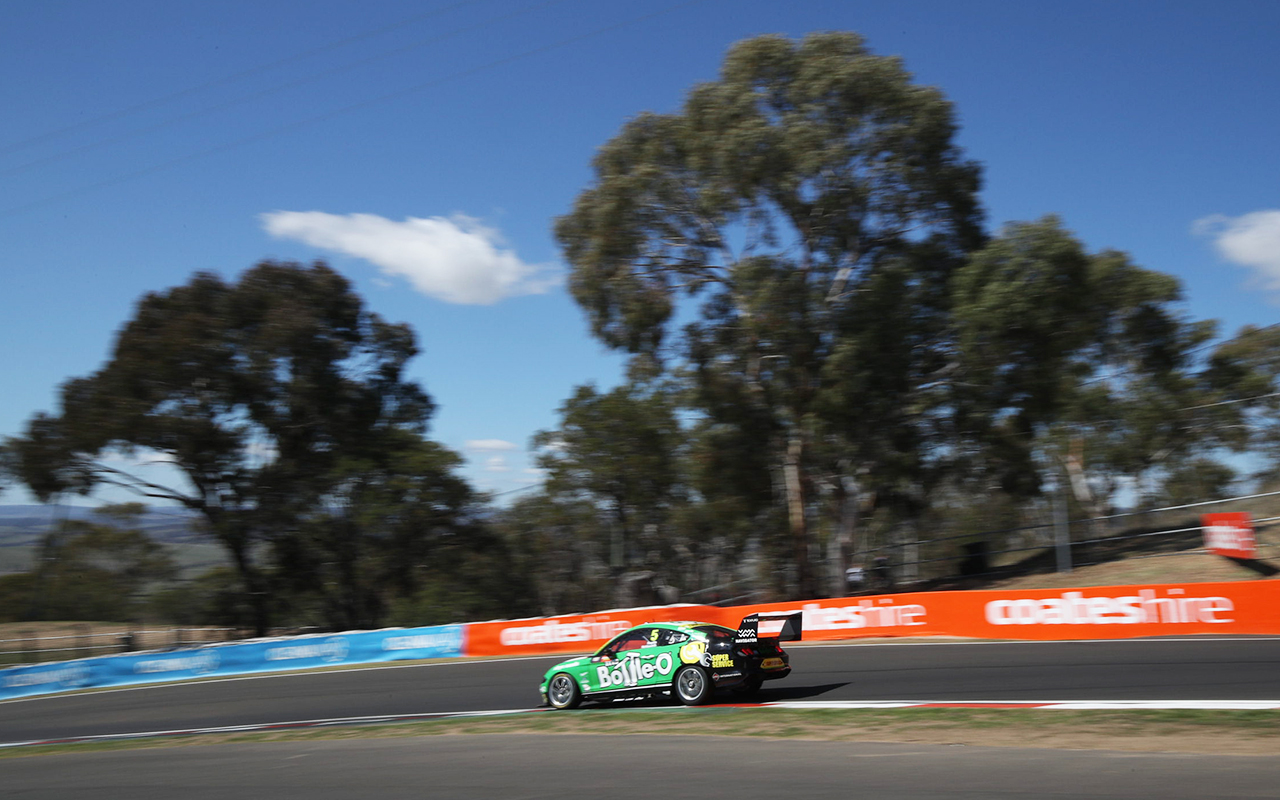 Holdsworth was pleased to gather some early confidence: “The car is quick, that’s the quickest time I’ve done around here, so straight away I felt pretty confident.

“It was a bit sketchy going over the top, but we’ve got a pretty good straight line speed car which is what we’re focusing on.”

Thursday practice last year was affected by rain, but the 2017 dry running that led to Scott McLaughlin’s famous Shootout effort began with a 2:06.3032s in Practice 1.

McLaughlin’s 2:03.8312s record is less than nine tenths away and well within striking distance, if conditions remain fine.

Behind the top three were Mostert, Shane van Gisbergen, David Reynolds, Fabian Coulthard and Scott McLaughlin, with the Kelly Racing Nissans of Rick Kelly and Simona De Silvestro rounding out the 10.

Those 10 all finished within a second of Whincup’s flyer, with another five drivers lapping under 2:06s.

Mostert, Reynolds, Whincup, McLaughlin, Coulthard and De Pasquale all spent time at the top of the leaderboard in a session that was split in two by a Macauley Jones crash.

Jones made right-rear contact with the concrete at The Cutting, resulting in the #21 Commodore’s roof peeling off and triggering the red flags with 35 minutes remaining.

It marks a rough start to the rookie’s first visit to Bathurst as a Supercars primary driver.

Jones had run wide at The Chase earlier; Tim Slade was the only other driver to have a minor off in a relatively clean first session.

The other newcomer to the grid, IndyCar pairing James Hinchliffe and Alexander Rossi finished 26th and last as they get accustomed to the revered circuit.

Hinchcliffe spent the first part of the session in the car, lapping in the 2:11s before Rossi improved their benchmark to a 2:09.2497s.

“It’s a bit of a baptism of fire for us here,” said Hinchcliffe.

“Alex and I were joking earlier it’s kind of like drinking out of a fire hose.

“We have very little car knowledge, zero track knowledge and obviously this is one of the most daunting, challenging race tracks in the world.

“But man it’s beautiful. All the hype, it’s everything everybody said it was and then some."

More than half the field finished the session with their co-drivers in the car as they prepare for the co-drivers only Practice 2 at 12:45pm AEDT.