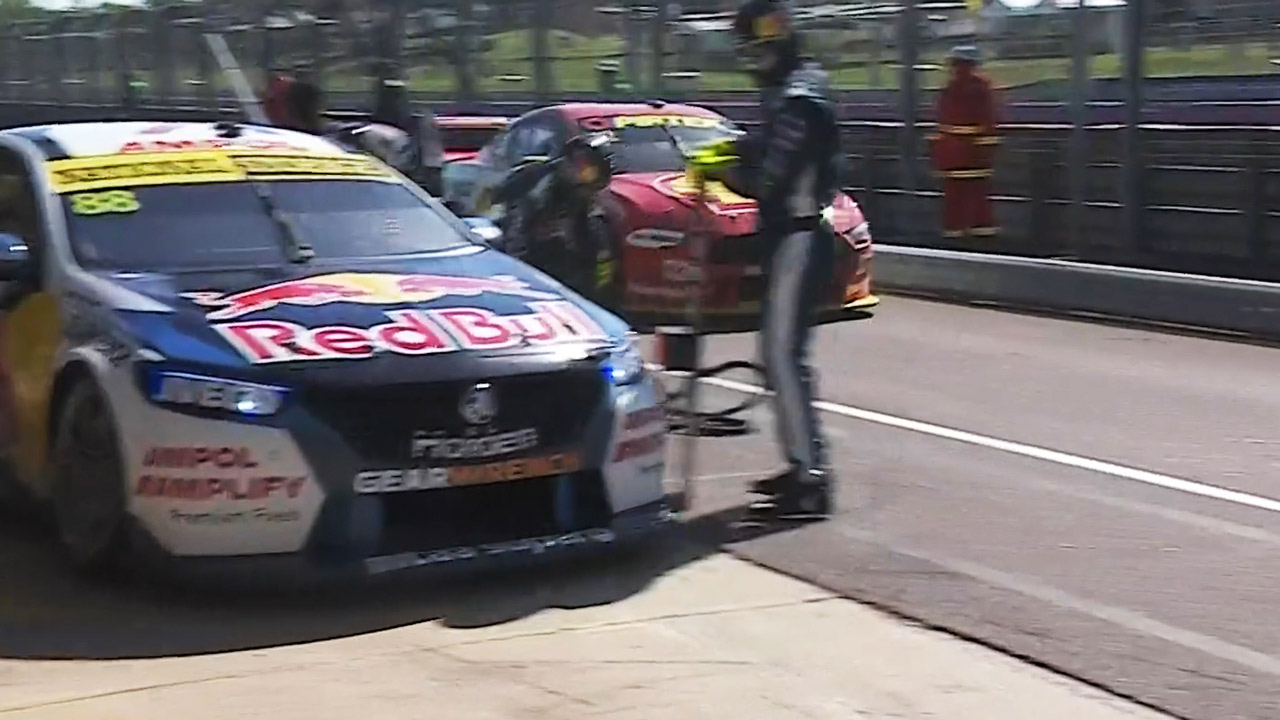 In the finale of the BetEasy Darwin Triple Crown, Whincup was released from his pitbox into the path of Coulthard, who was turning from the fast lane into the bay directly ahead.

Although the cars made contact, Whincup escaped penalty due to the wording of the pit release rule focusing solely on the need to “give way to a car already wholly in the fast lane”.

Whincup had received a 15-second time penalty for an unsafe release in the Saturday race, but on that occasion the car he collided with - Anton De Pasquale's Holden - was wholly in the fastlane.

Ahead of this weekend’s CoreStaff Darwin SuperSprint, Supercars has updated the relevant rule to state: “A Car being released from its Pit Bay must do so without impeding any other Car in Pit Lane”.

Supercars’ Head of Motorsport Adrian Burgess said the update received full support from the Supercars Commission, which includes Whincup among the team representatives.

“We all saw what happened last week,” Burgess told Supercars.com.

“[Driving Standards Advisor] Craig Baird correctly adjudicated the situation by the way the rulebook was written.

“I think everyone has acknowledged it was handled correctly from that perspective, but did it pass the pub test? Probably not.

“We don’t want teams to believe they can just launch it out of the box without any care for anyone coming through the working lane.

“Craig and I had discussions about it early in the week and I tabled a solution at the Commission, where it was fully supported, including by Jamie himself.

“You can’t write the rulebook for every single eventuality, but we’ve tidied that little area up.

“That’s a process that all sports have to go through from time to time with their rules.”

Baird, who is now in his fourth year as the category’s Driving Standards Advisor, expressed his support for the change.

“I’m really pleased that Supercars has acted quickly and decisively on this matter,” Baird told Supercars.com.

“The number one priority is the safety of everyone in pitlane and the last thing I want to see is teams sending cars out of the pitbox into marginal situations.

“I have to work to the rulebook I’m given and it’s a weight off my shoulders that this has been changed so promptly.”