Jamie Whincup admits he should have obeyed his team's orders to pit and take his final stop at the Supercheap Auto Bathurst 1000.

Rather than double stack behind teammate and eventual winner Craig Lowndes, Whincup elected to continue to circulate under Safety Car conditions thinking the team's call was an error.

Instead of slotting in behind the Safety Car, Whincup broke the rules and drove straight past, believing he had been shown the green light and ultimately earned himself a drive-through penalty that placed he and co-driver Paul Dumbrell 18th.

While Whincup said he was unaware the race was under Safety Car conditions, he accepted the blame.

"I'm just kicking myself - I shouldn't have thought [about it]," Whincup told v8supercars.com.au.

"I should've just taken the direction and did it.

"They usually do, [but] it's not protocol.

"But I don't blame anyone but myself, I made the error. I put my hand up I'm not making any excuses whatsoever ... I had no idea it was safety car and as soon as I saw Craig pull in I thought the team's made an error and I tried to react."

That was only the start of the issue for Whincup, who was convinced he passed the Safety Car with the 'green light' but when investigated broke the rules and earned a pit lane penalty.

"I knew ... when I came past the front straight, I'd made a critical error.

"In saying that, I would've stacked so the race is over.

"But anyway, I couldn't believe it - I thought, 'get out of jail free' as I go over the crest, I got green lighted.

"There's no way I would've passed the safety car if it didn't have it's green lights on. I got green lighted so away I went."

When asked about the decision made after the process was investigated, he said: "Yeah, I come over the hill and the green lights were on so I passed the safety car, so that's the story - I'm not blaming anyone, that's my story." 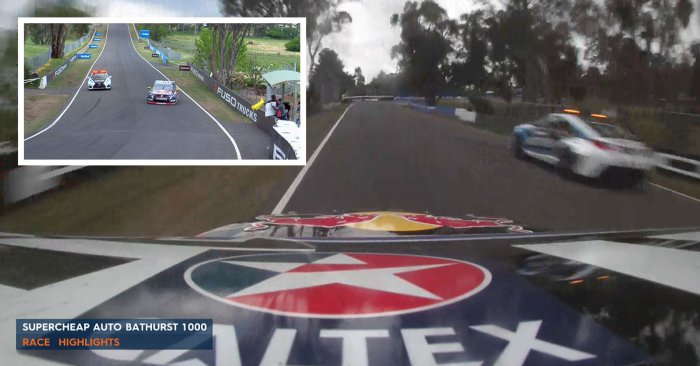 In the final stages of last year's Supercheap Auto Bathurst 1000 Whincup did not listen to his team's calls to conserve fuel and dramatically ran out of juice on the final lap.

"Jamie made a mistake, he's apologised straight away for it," Dane told v8supercars.com.au.

"It was a split moment in time rather than 15 or 20 minutes, so very different.

"It is what it is, and Jamie and PD are a class act and they can reward everyone by smoking the Gold Coast."

Dane was emotional after Lowndes and Steven Richards' Bathurst win, but said he was "greedy" wanting a one-two finish for his team.

On the other side of the garage, Whincup said he was pleasedfor his teammates, but couldn't help feeling disappointed.

"It's a tough situation for me - I want to be happy for the team, it's an amazing achievement - but personally I'm really gutted with the result on car #1," he said.

"I was just trying to do the right thing."

Whincup leaves the event eighth in the Championship while Lowndes is now second to Mark Winterbottom.

Six of the best

Gracie: "I didn't see our day going this way"