Jamie Whincup led the way in regular ARMOR ALL Qualifying for the RABBLE.club Sandown 500, ahead of the day's two Race for the Grid sprints.

A 20-minute session set the grid for the opening ARMOR ALL Race for the Grid this afternoon, to be contested by co-drivers.

It means Paul Dumbrell and James Moffat will share the front row of the grid.

Drivers ventured out on a dry circuit, with rain earlier in the day in Melbourne having cleared.

Whincup led the way after the first runs with a 1:08.1424s, sitting three tenths clear of James Courtney and Mostert.

He improved fractionally mid-session to a 1:08.1157s, as rookie James Golding, David Reynolds and then Courtney slotted into second place.

A further gain inside the final minute took Whincup to a 1:07.8389s, which was not beaten.

"This is a massive deal. PD had the Sandown Lap of the Gods yesterday [in Practice 1] and I ended up pipping him," Whincup said.

“I would have been hearing about that for the next 25 years…. what a relief to get there!

“There’s still a little bit of that crack treatment stuff on the track from yesterday, but the car’s hooked up, it’s definitely better this year than what it was last year.

“But we’ve been in this position before, we’ve had a good car, and just made rookie errors. We’ve just got to keep the concentration.”

“I felt pretty confident that the car felt pretty good across the three runs,” Mostert said.

“A bit of traffic on the second one and I didn’t get all my PBs together, but JW is seriously quick, he was quick in practice too.

“It’s just good to give it to Moff on the front-row and see what he can do.” 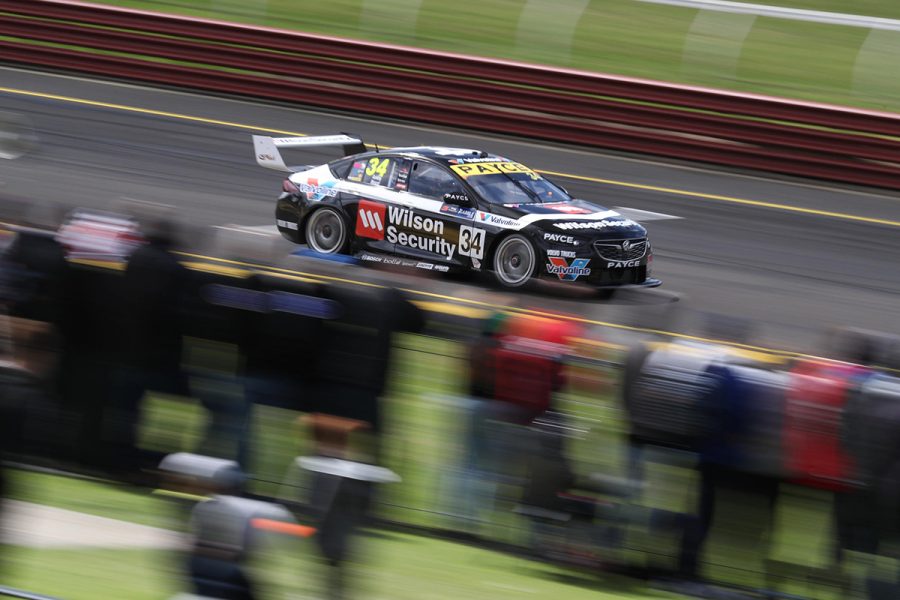 Van Gisbergen reported a vibration in his Red Bull Commodore and was 18th after the first runs but improved to 10th mid-session.

McLaughlin was one place behind at the start of the final runs in 11th.

An improvement meant the Red Bull entry at least remained 10th, while McLaughlin fell to 14th, having also had a moment in the closing stages.

“That was average from my side, I need to work on that. We’ve got a bit of work to do,” said McLaughlin.

“It definitely felt better then, so that’s a direction, but it’s very similar to Tailem Bend, we just don’t have the outright speed at the moment.

“I need to give myself a bit of a kick up the backside and just get on with it.”

The first of two ARMOR ALL Races for the Grid, for co-drivers, starts at 1:40pm.