Jamie Whincup says a loss of concentration was behind the mistake that has cost the Red Bull Holden Racing Team dearly in the teams’ championship fight.

Whincup was running second to Shane van Gisbergen when he speared down the Turn 1 escape road with 20 laps remaining, dropping down to seventh.

He eventually lost a further place to a charging Scott Pye to finish eighth, scoring 66 points less than he would have for finishing second.

That means Shell V-Power Racing will take a 143-point lead into Sunday, with 288 still available in the final 250km race.

“I’m disappointed with what happened of course, but at the same time everyone makes mistakes at work,” said a pragmatic Whincup post-race.

“I just locked a wheel, I was sort of in no man’s land.

“Shane [Van Gisbergen] was on a much better strategy and was always going to win the race and I had comfortable gap to third and just lost a little bit of concentration and boom, that was the end of it.

“Disappointing, I set a high expectation for myself, but we’ll fight back tomorrow.”

Whincup refused to blame his car or pit strategy for the situation.

“My car was pretty good, it wasn't the fastest car out there, but it certainly wasn't the slowest, it was well good enough for second,” he said.

“We pitted early, we knew the last stint was going to be tough, but the crew didn't expect me to spear it up the escape road and put me back in the pack.

“Strategy was good, car pace was good enough, just driver made an error.” 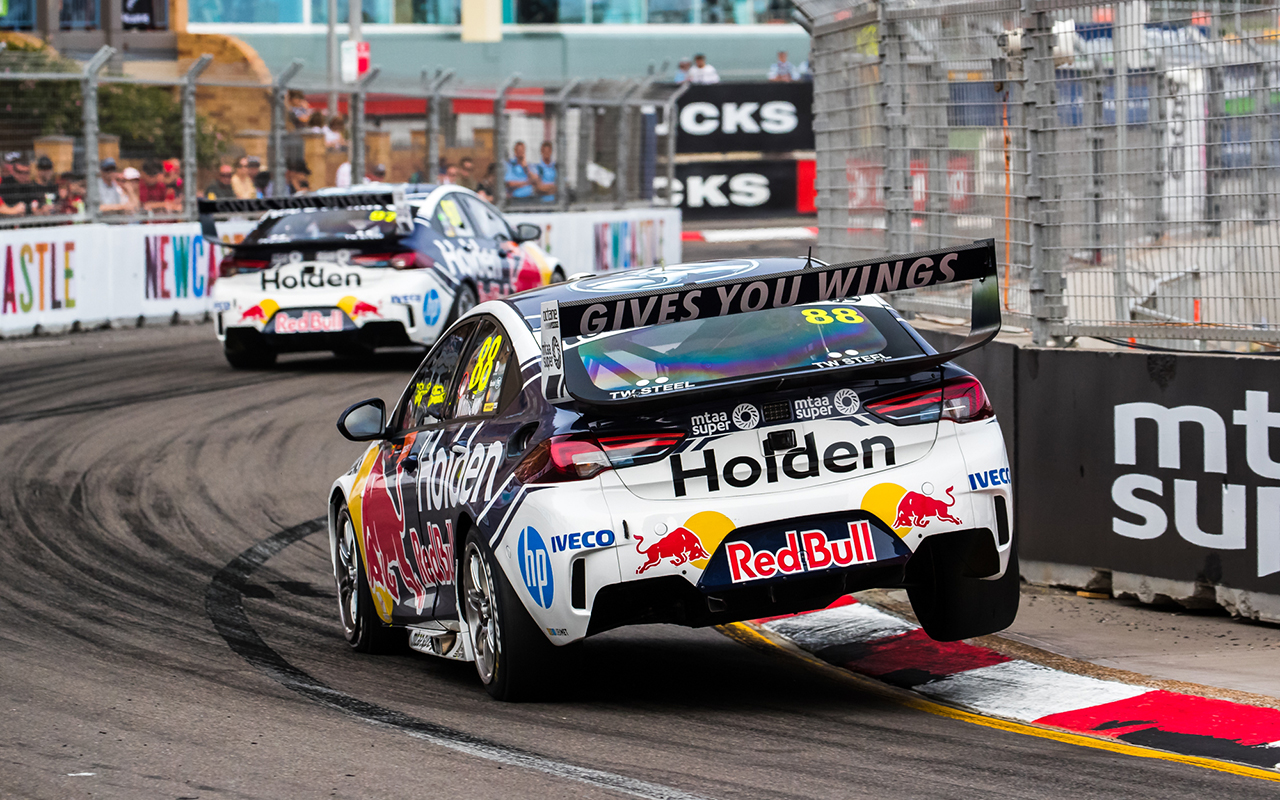 Van Gisbergen described losing a one-two as “a little bit of a shame”, but said his teammate’s error was an easy one to make.

“That stuff happens when you’re just cruising not on the limit, you lose focus,” he said.

“It’s good to be comfortable out front but I always start thinking about other stuff and slowing down so that’s the hardest time, is to stay focused when you have got nothing to push for.

“We have just got to do our job and be one-two tomorrow hopefully and see what happens to these guys.”