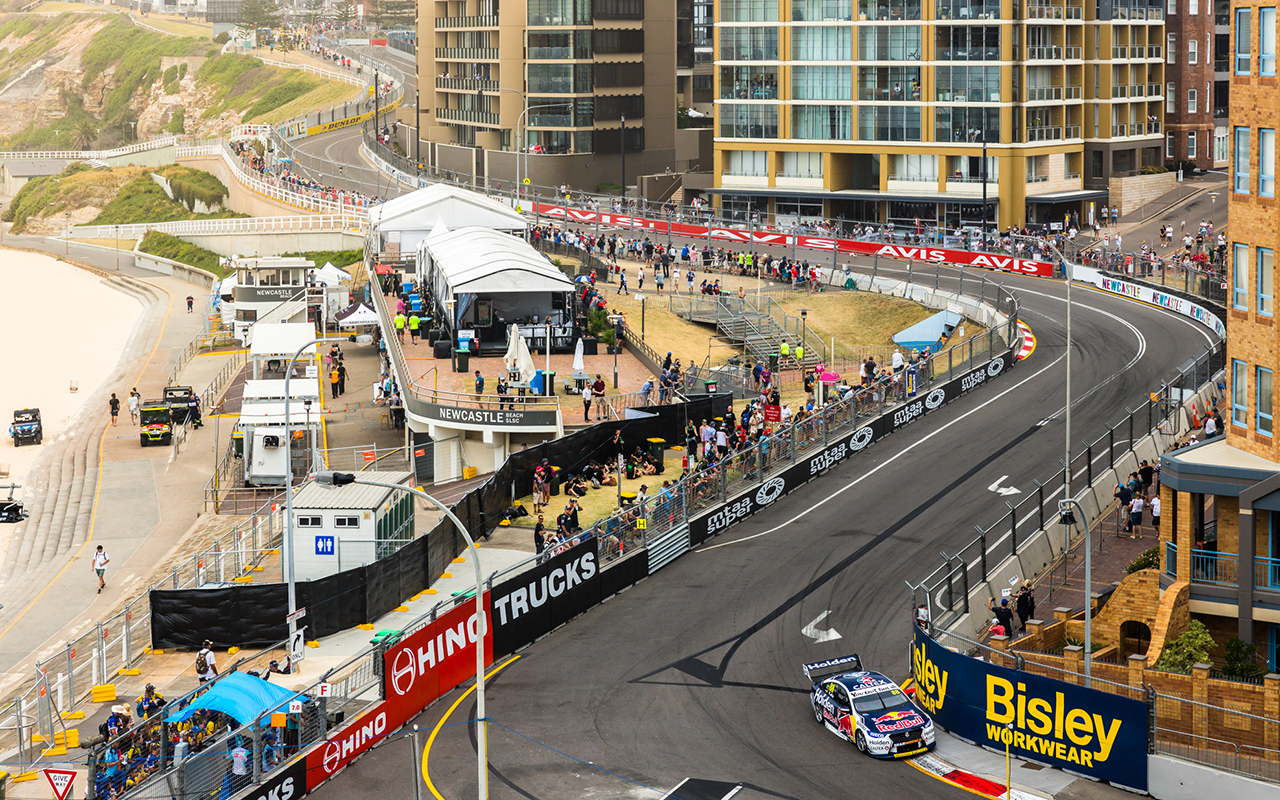 It marks a strong start to the weekend for Whincup, whose Red Bull Holden Racing Team is gunning for the teams’ title against Shell V-Power Racing.

Whincup had looked set to pip Waters for top spot on his penultimate lap of the 30-minute session before running deep at Turn 11.

The seven-time champion bounced back to go fastest by a mere 0.0057 seconds, setting his 1:10.3173s after the chequered flag was flown.

“My car didn't feel that flash then on good tyres, but it's clearly quick,” noted Whincup.

“I think our drive is okay, we're just struggling with a bit of turn.

“We'll work on getting them to turn through that change of direction a little bit faster.

“If we can do that, I think we'll improve for tomorrow.”

Waters was pleased with second, on a track that has previously proven troublesome for Tickford Racing.

“We had a pretty good swing at it between sessions and just kept chipping away at it, which is really good,” he said.

"Traditionally it's been a track which hasn't suited our cars and that's probably the best car I've had around here. Hopefully it translates to tomorrow.”

The top 23 drivers were split by less than eight tenths in a show of the competitiveness down pitlane.

James Golding was the only driver outside that window, with Warren Luff doing a solid job filling in for an unwell Scott Pye in the Walkinshaw Andretti United #2 Commodore.

Luff, who placed fourth with Pye in the recent PIRTEK Enduro Cup, was 21st, 0.7513 seconds off Whincup’s pace.

Scott McLaughlin joined Waters and van Gisbergen in being within a tenth of the pacesetting #88 Commodore.

The red flags were shown at the 12-minute mark after Reynolds stranded his Penrite Racing Holden down the Turn 1 escape road.

Reynolds had run deep before having difficulty getting out of the tight area, triggering a short stoppage.

“It's pretty embarrassing, isn't it, I looked like a goose down there,” said Reynolds.

“I couldn't get reverse, I had to turn the car off. It's not my finest hour, I can tell you.”

McLaughlin later ran down the same escape road but managed to return to the track.

Several drivers overstepped the limits in the search for ultimate pace ahead of ARMOR ALL Qualifying at 10:50am Saturday.

Waters, Anton De Pasquale and Simona De Silvestro were among those to brush the tyre barriers.