Running was effectively stopped early in the 45 minutes by rain, when light drops turned into a sudden-but-brief downpour.

Craig Lowndes was the best of the small group of drivers to have set anything resembling a representative time, a 1:10.2444s.

Drivers didn't resort to wets, with Lowndes the first into the sub-1:10s bracket with a 1:09.7169s just over 10 minutes in, as running picked up again.

That benchmark was lowered over the following minutes by Scott McLaughlin and then Kelly to 1:09.5154s.

By that time, Lowndes had improved to slot back into second, with the top three also including McLaughlin split by 0.0778s.

Kelly was not bettered until after the chequered flag had some out, when Whincup jumped up from eighth to the top spot. 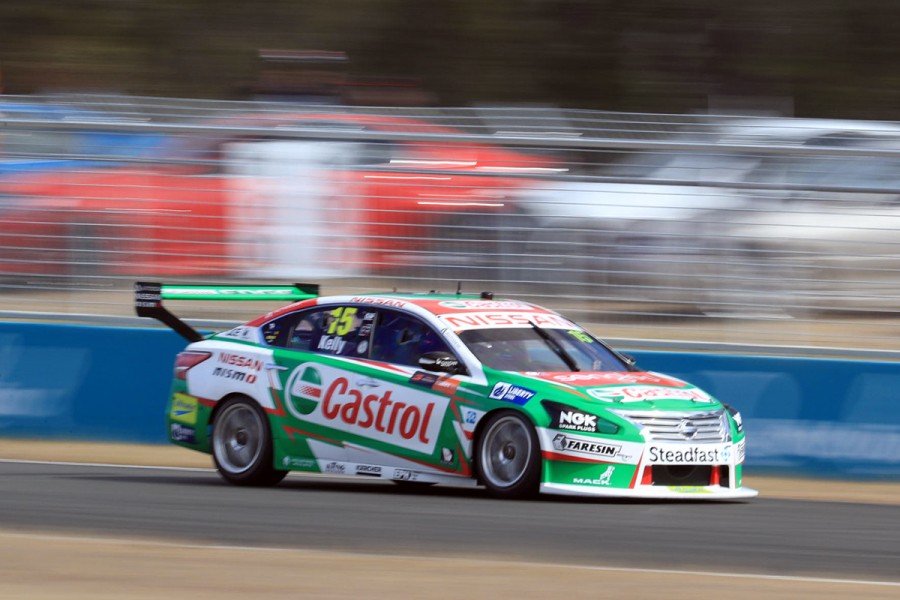 "We structured the session a little bit differently, we went on a better tyre at the start and then did two long race runs to try and improve that,” Kelly said.

“It was frustrating because we would have ended up quickest, but little [Nick] Percat up the road doesn’t like to play the same game as everyone else.

“We had the headlights shining behind him and he didn’t get out of the way. There was probably a bit of time on that run.

“Again, the car is quick over one lap but we’ve still got to find a bit for the race.”

Lowndes wound up third, while Michael Caruso in fourth made it a pair of Nissans in the top four.

Repairs to Caruso's Nissan from a heavy crash in Townsville had only been completed at the Ipswich circuit on Thursday.

“Full credit to everyone in our team, we are one big group and everyone got stuck in,” Caruso said.

“They were on the angle-grinder last night at eight o’clock, there was a lot of work to do.

“When you’re talking about a crash well in excess of 25G, it was a lot of damage.

“To turn it around and have the car where it is, I’m very proud of them.”

David Reynolds had an off at Turn 3 but grabbed fifth for Erebus Motorsport, ahead of McLaughlin, who focused on race runs.

Tickford Racing had Chaz Mostert and top rookie Richie Stanaway, below, in seventh and ninth, their Falcons split by McLaughlin's team-mate Faban Coulthard. 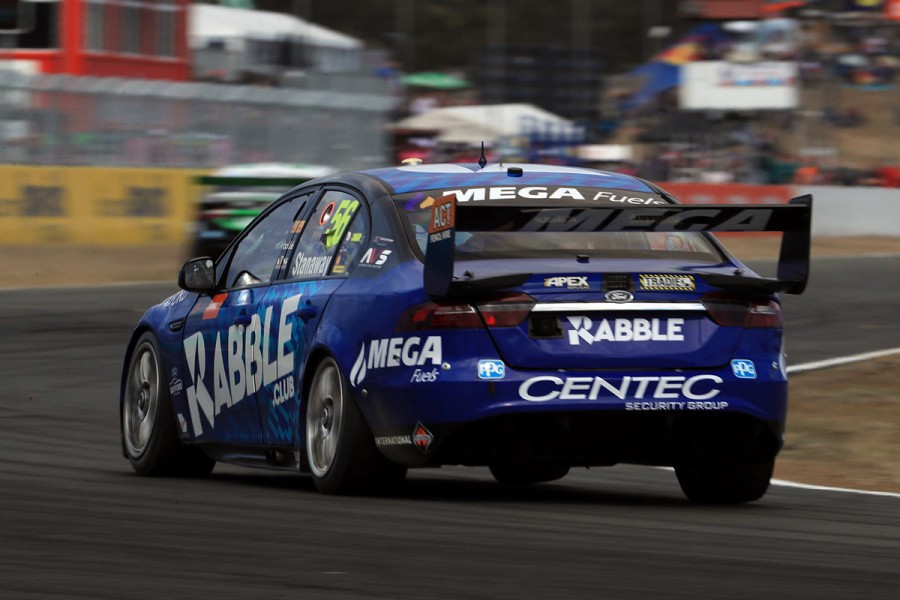 Scott Pye rounded out the top 10 covered by 0.3898s, just ahead of Shane van Gisbergen, Lee Holdsworth and James Golding.

Erebus rookie Anton De Pasquale's session was compromised by a sticking throttle and he wound up 18th.

“We still got some got some good runs towards the end, but we missed a couple of runs in the middle,” he said.

“The throttle was getting jammed, but easy fixed and we’ll try again this afternoon.”

Todd Hazelwood, driving with a fracture in his right shoulder, set the 24th-fastest time.

Wildcard runner Kurt Kostecki was limited to just five laps – and the foot of the order – by a clutch problem in the Dunlop Super2 Series driver's VF Commodore.

It followed a fuel pressure issued that stopped the Kostecki Brothers Racing entry on track in the morning's additional driver session.

Practice 2 for the Coates Hire Ipswich SuperSprint starts at 2:35pm on Friday.