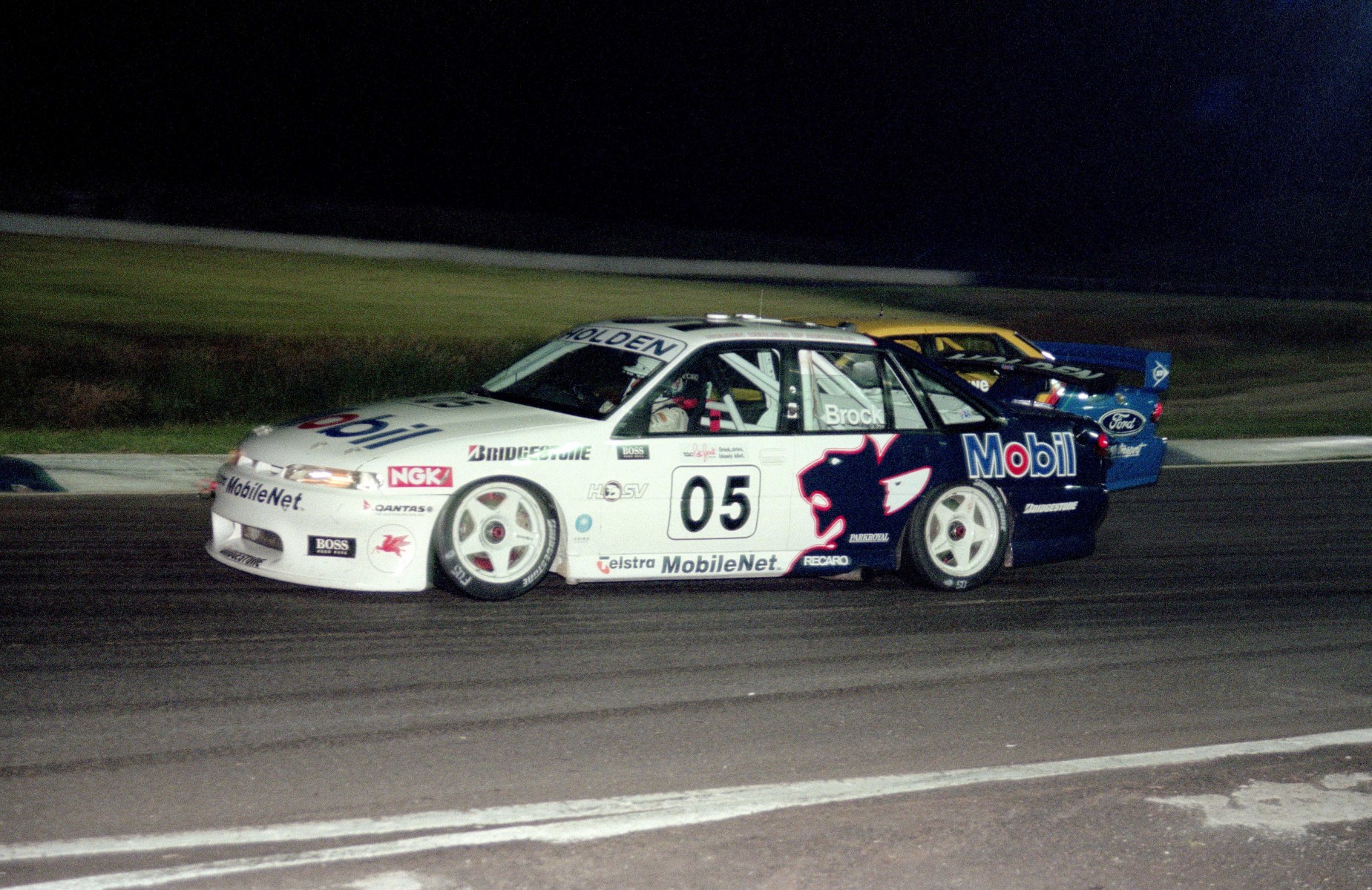 In life and death, Peter Brock is considered Australia’s most famous touring car driver, so having an event named in his honor was a fitting outcome.

In 1995, Brock’s management company Advantage International created a brand-new motorsport event – the TAC Peter Brock Classic at Calder Park – which was envisaged as an end of year celebration for a range of different motorsport classes.

Similar to this weekend’s Red Rooster Sydney SuperNight 300, the event was just a two-day affair, with the final V8 race held under lights on a Saturday evening. 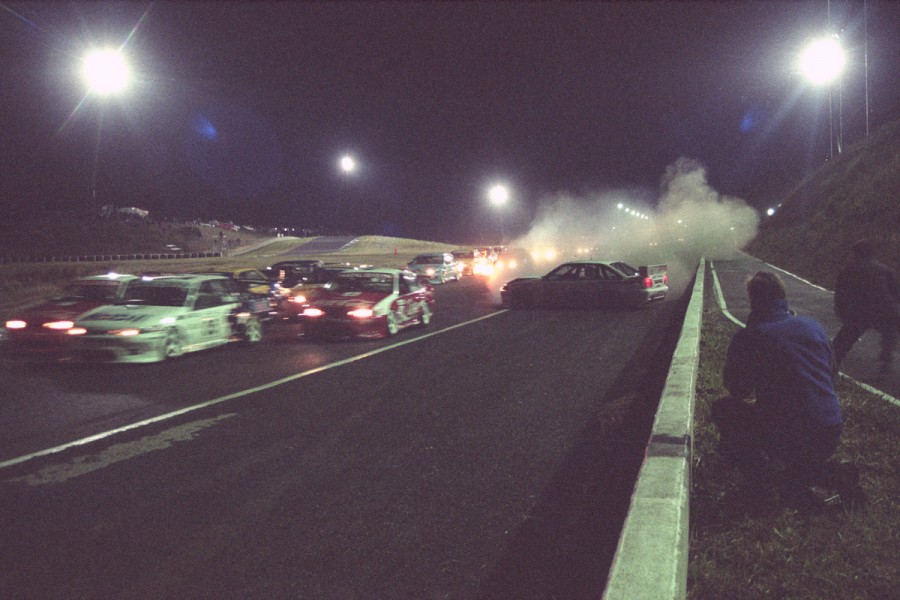 Featured on the bill was, amongst others, the ‘Group A’ touring cars (soon to be known as V8 Supercars), two-litre Super Tourers and AUSCAR.

Brock drove in both the V8 and AUSCAR races (jumping into John Faulkner’s second Betta Electrical Commodore) and even managed to secure victory in the under-lights V8 race aboard his #05 Holden Racing Team Commodore VR … in the event named after him!

But how Brock managed to win the second V8 race at Calder was, in fact, the story of the weekend.

After Glenn Seton took his Ford to the win in Race 1, Brock went on to win the second race and event overall as the HRT blitzed the compulsory pitstop ruling with captive wheel nuts. 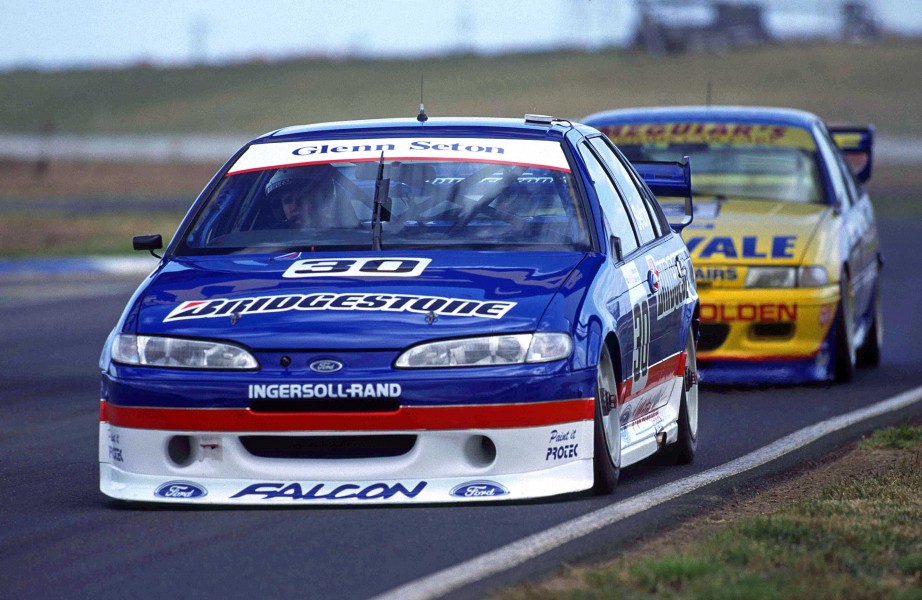 Seton took the win in Race 1

Rivals were up in arms, but after what had been a disastrous endurance race campaign for the factory Holden team, the move helped the HRT salvage a result from the last event of the season.

“That was my favourite of the innovations from my time with HRT,” former HRT consulting engineer Ron Harrop said of the captive wheel nuts in the HRT – The Cars 1989-2016 book, published last year.

“Qualifying for the Shootout was a pit stop followed by a lap of the circuit so we thought ‘right, we need to get these wheels changed bloody quick’.

“We were down at Phillip Island one test day and I started thinking about it all and came up with the idea. I still have the sample I made in my filing cabinet. 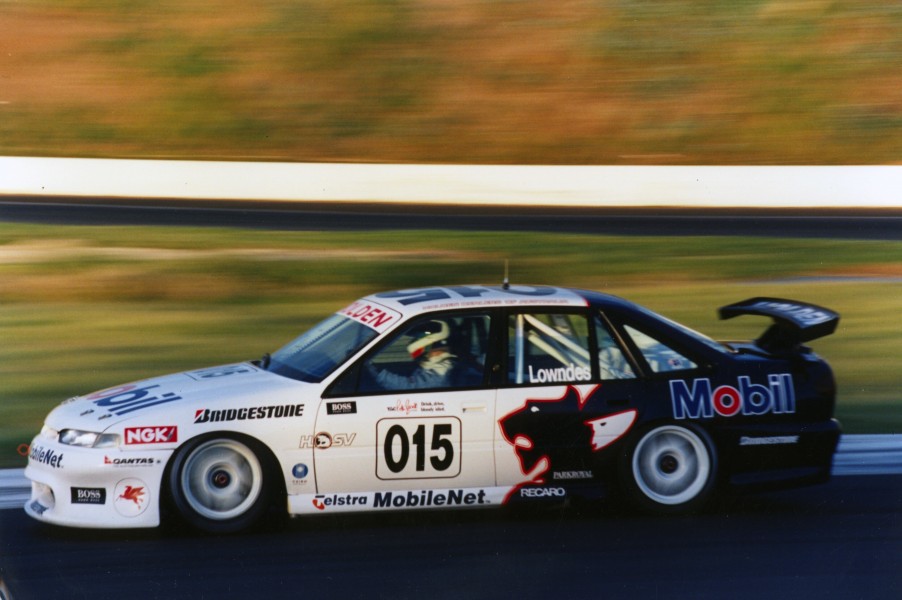 Lowndes replaced Mezera at the HRT for Calder

“Sometime after the cat was let out of the bag of what we were up to, the day before the race the officials said the rule was changed for the pit stop to having to put the left-hand wheels on the right side and the right tyres onto the left side, which would stuff us up because of the left and right side wheel nuts.

“So we went back on Friday night and put right-hand wheel nuts on the other side so they were both the same and we could swap them – that pissed the officials off! They ended up banning them on the basis that if we had done it then others would too and spend lots of additional money.

“But guess what, now they’re compulsory in pitlane! I argued that they (mechanics) used to whistle the wheel nuts off and they’d go howling down pit lane, likely to clean someone up.

“Just as I was arguing the point someone did that exact thing and a car coming down the pits got it on the lip spoiler and drop kicked the nut into the air! I said we were promoting safety but they torpedoed us!” 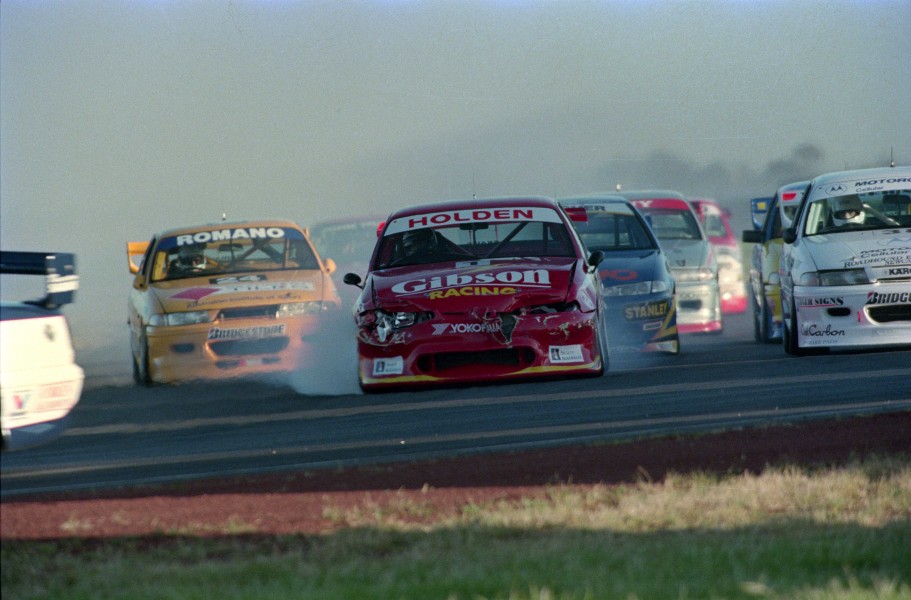 Skaife was a victim of opening lap carnage in Race 1

In the V8 races, there were a few notable firsts, including the distinct lack of tobacco advertising, which had fallen foul of a government ban.

It was all change in Seton's camp, with co-driver David ‘Skippy’ Parsons taking over car #35 for the weekend in the wake of Alan Jones’ departure to his own new team for 1996.

The Brock Classic was also the first time that Craig Lowndes had stepped into the HRT as a ‘full-time’ driver. With Tomas Mezera being moved on after the Australian Grand Prix support races, Lowndes was thrown into the seat of #015.

The youngster salvaged a fifth in Race 1 after an opening lap tangle dropped him to the rear of the field, before retiring with an overheating engine in the night race. 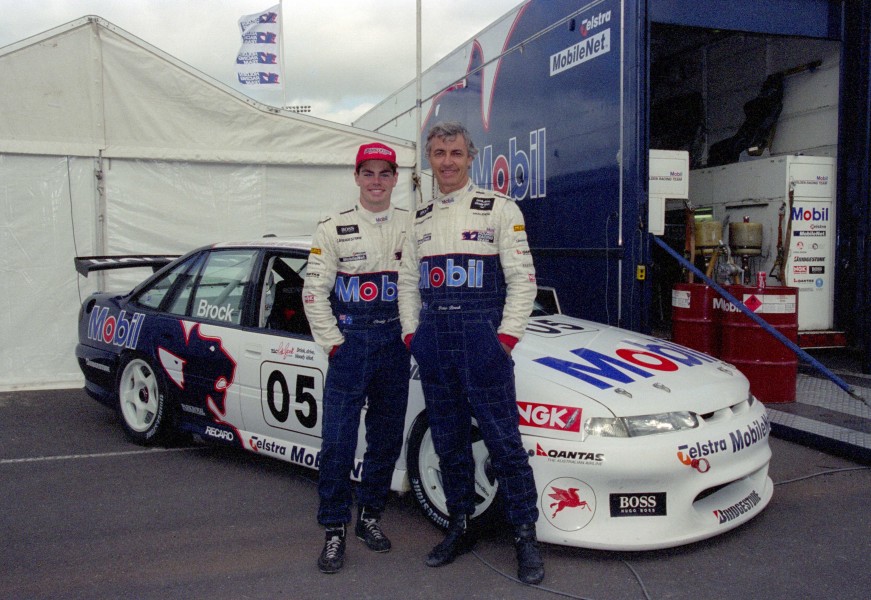 The master and apprentice - Peter Brock and Craig Lowndes

The Super Touring two-litre class only featured a slim, eight-car field. Brad Jones’s Audi team only brought one of its 80 Quattros, and won the weekend courtesy of his first and second place finishes in the two races.

Pinching the Race 2 win, and second overall for the round was Steven Richards, driving the Garry Rogers Motorsport-prepared Alfa Romeo 155.

The 1997 event remains the most recent Supercars night race on Australian soil ahead of this weekend’s Red Rooster Sydney SuperNight 300.