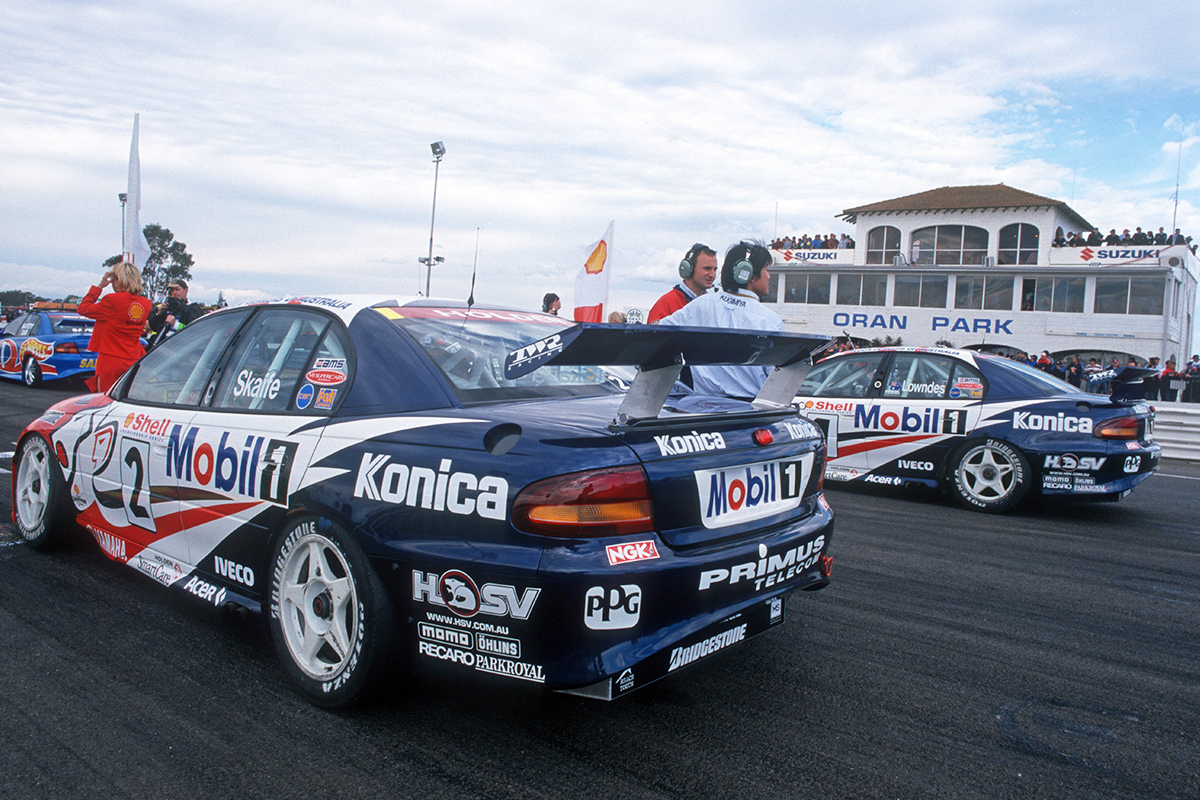 What is now known as Walkinshaw Andretti United will contest its 800th Supercars race this Saturday at the Truck Assist Winton SuperSprint.

The outfit made its debut in the 1990 season opener at Amaroo Park in Sydney, with Win Percy behind the wheel of a VL Commodore.

That was the start of the Tom Walkinshaw Racing-run Holden Racing Team which, under various ownership structures, won six drivers’ titles and seven Bathurst 1000s.

Factory Holden backing, and the HRT name, shifted to Triple Eight in 2017, the year the team reverted to the Walkinshaw Racing identity.

It becomes the second Supercars outfit to reach 800 races, having claimed 180 victories from its first 799 starts.

Dick Johnson Racing/DJR Team Penske leads the way on 892 races; the Ford squad will tick over to 900 at Queensland Raceway in July. 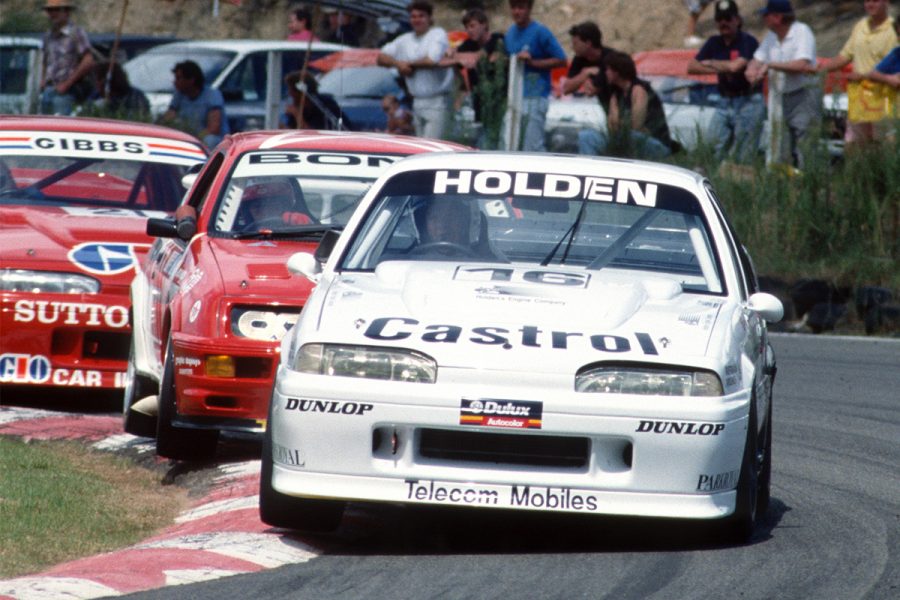 Percy finished a modest 14th at the now-defunct Sydney venue, and eighth in the championship after missing the Mallala round.

It was a landmark debut season, though, Percy teaming up with Allan Grice to win the Bathurst 1000. 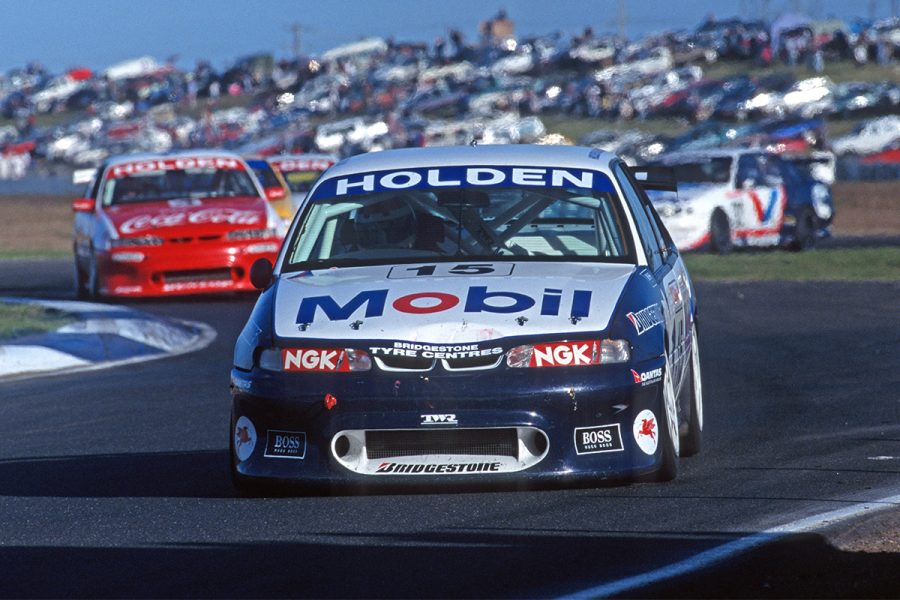 The 1996 season was all about Craig Lowndes, who won the title, Sandown and Bathurst as a full-time rookie.

Calder was a relatively-quiet weekend for the team, Peter Brock finishing fifth and Lowndes seventh in its 100th race. 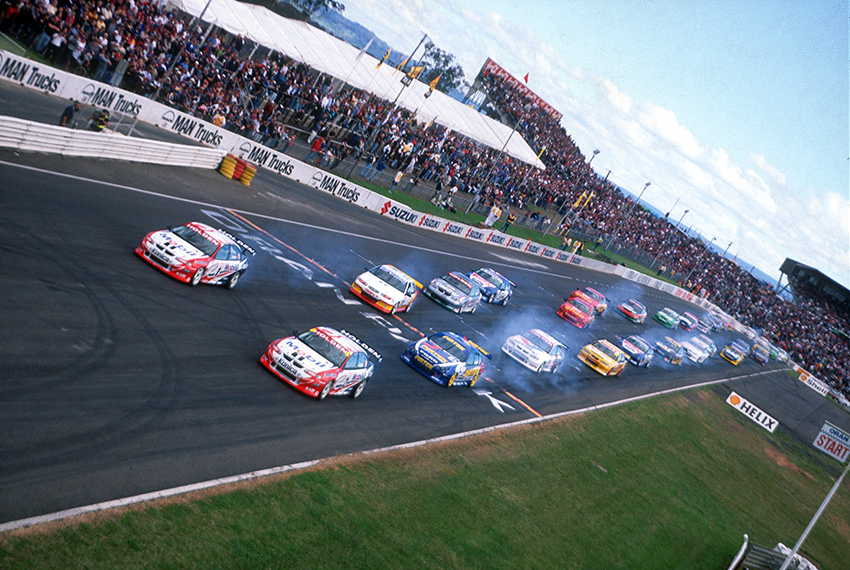 Lowndes won his third title in as many attempts – and ultimately his last – in 1999.

The enduros joined the championship for the first time that season, with Oran Park hosting the final sprint round.

Mark Skaife, who arrived in 1998 to replace Brock, led an HRT one-two in all three races. 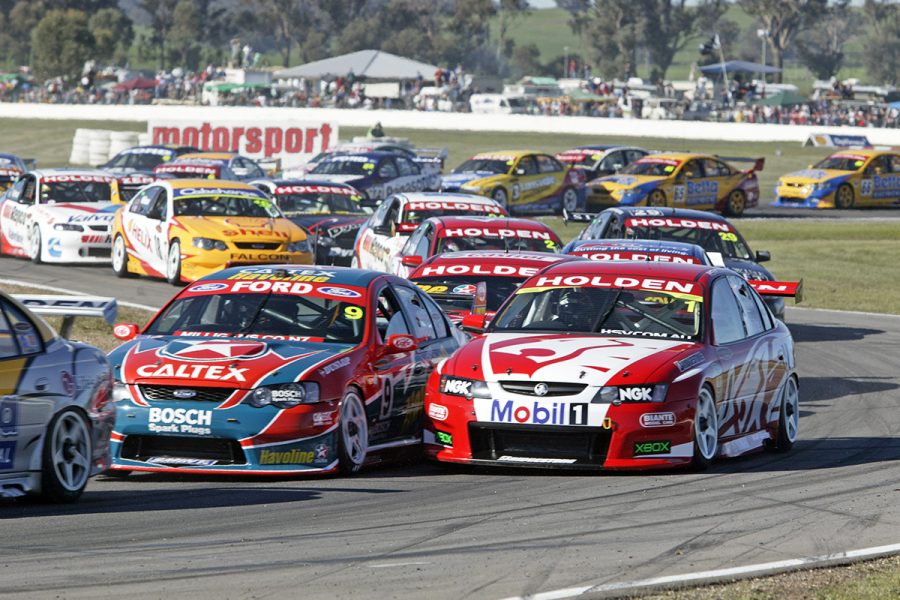 Skaife won three-straight titles from 2000, but '03 marked the end of HRT's dominance.

He finished sixth at Winton after a late spin while fighting Garth Tander for third.

New team-mate Todd Kelly ran in the top 10 but was forced to pit late for a splash of fuel; breaching pit window rules and resulting in a disqualification.

Off-track, it was a tumultuous time following the collapse of TWR with the Arrows Formula 1 team, Skaife taking ownership of HRT shortly after the Winton event. 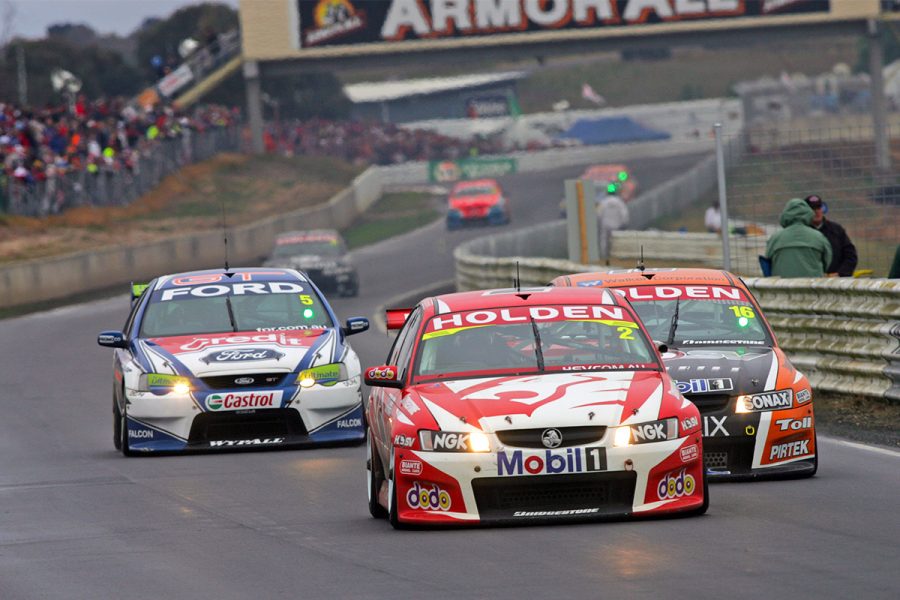 Skaife won seven races in 2006, but a string of retirements in a season with a points system rewarding consistency left him 16th in the standings.

One of those DNFs came in HRT's 400th race, after a late off, while Kelly finished fourth. 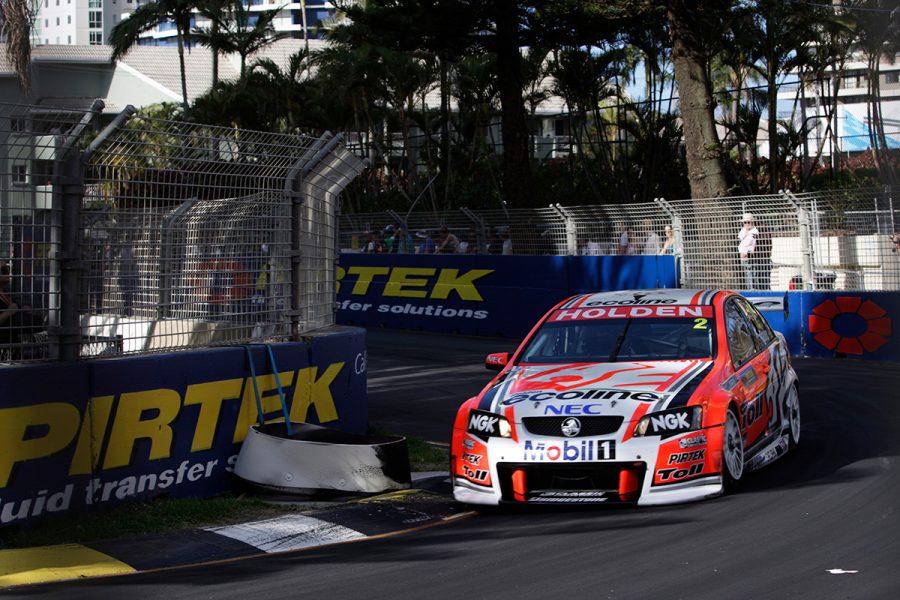 The Skaife-HRT union ended – on and off-track – at the conclusion of 2008, with Will Davison arriving to partner Garth Tander.

They finished second and third in the 2009 championship, winning the Phillip Island and Bathurst enduros together.

Tander won the team's 500th race on the Gold Coast, joined on the podium by third-placed Davison. 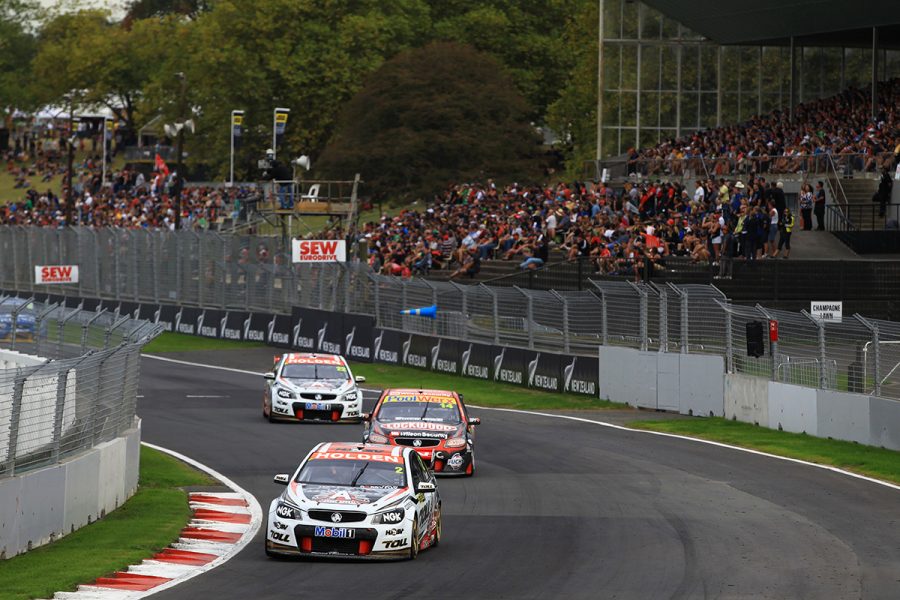 Tander was on the podium again in Race 600 for the team, finishing second to Jason Bright in the final leg of Supercars' return to Pukekohe.

Team-mate James Courtney was sixth, the pair finishing the first year of the Car of the Future era a Tander-led eighth and 11th.

Courtney was fifth leaving Sandown, but Bathurst and Gold Coast DNFs were followed by a season-ending crash with Alex Premat at Phillip Island. 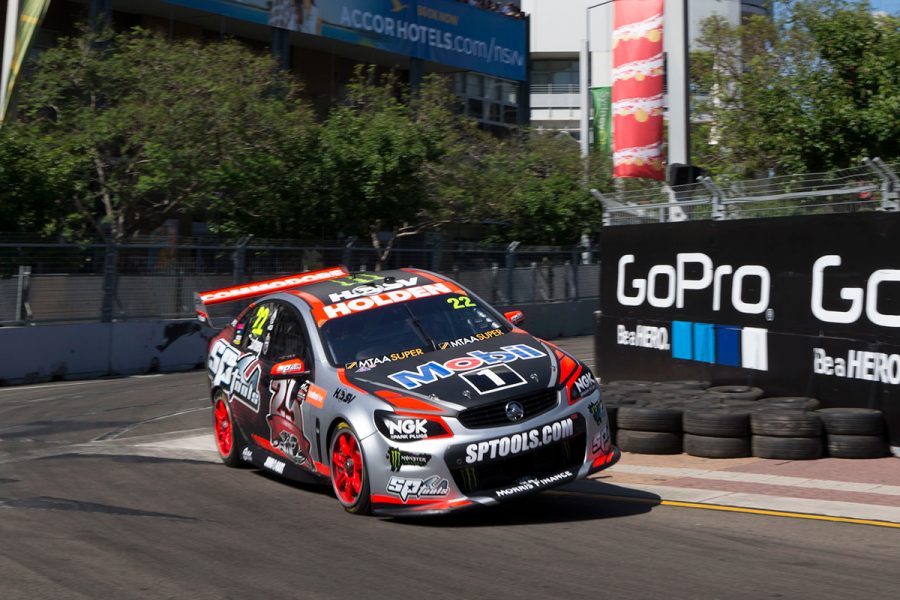 HRT's form waned over the following seasons, Courtney taking its only two victories of 2015 in Adelaide and on the Gold Coast.

Like 2013, he missed races through injury, and had to settle for 10th in the points, four spots behind Tander.

In the penultimate race of the campaign, Courtney and Tander finished fourth and 12th. 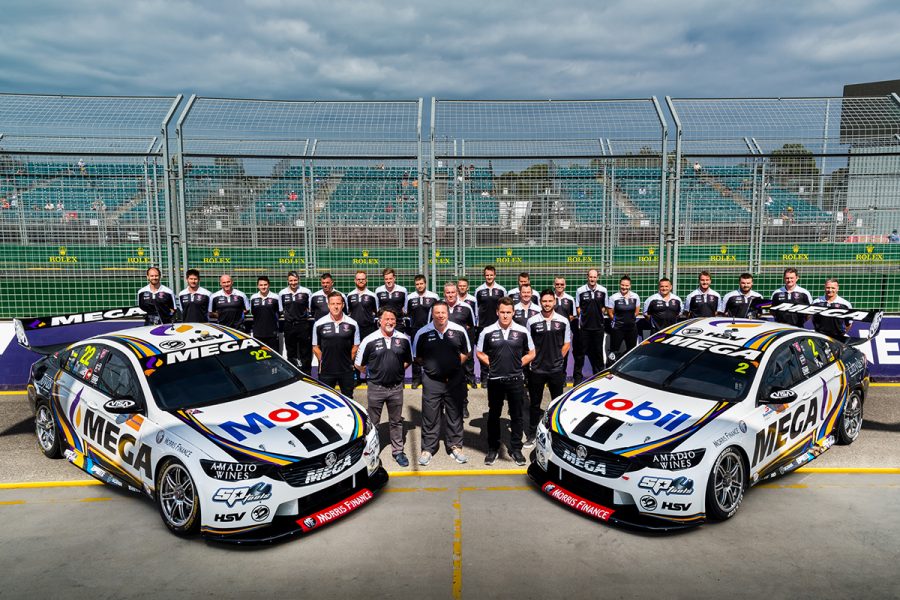 The 2016 season was ultimately the team's last as HRT, also splitting with Tander at the end of the year.

After a difficult 2017 it welcomed its new international partners and made inroads last year, Pye taking his maiden victory.

It heads to Winton amid a tough run, having lost ground in the pecking order from that encouraging 2018.