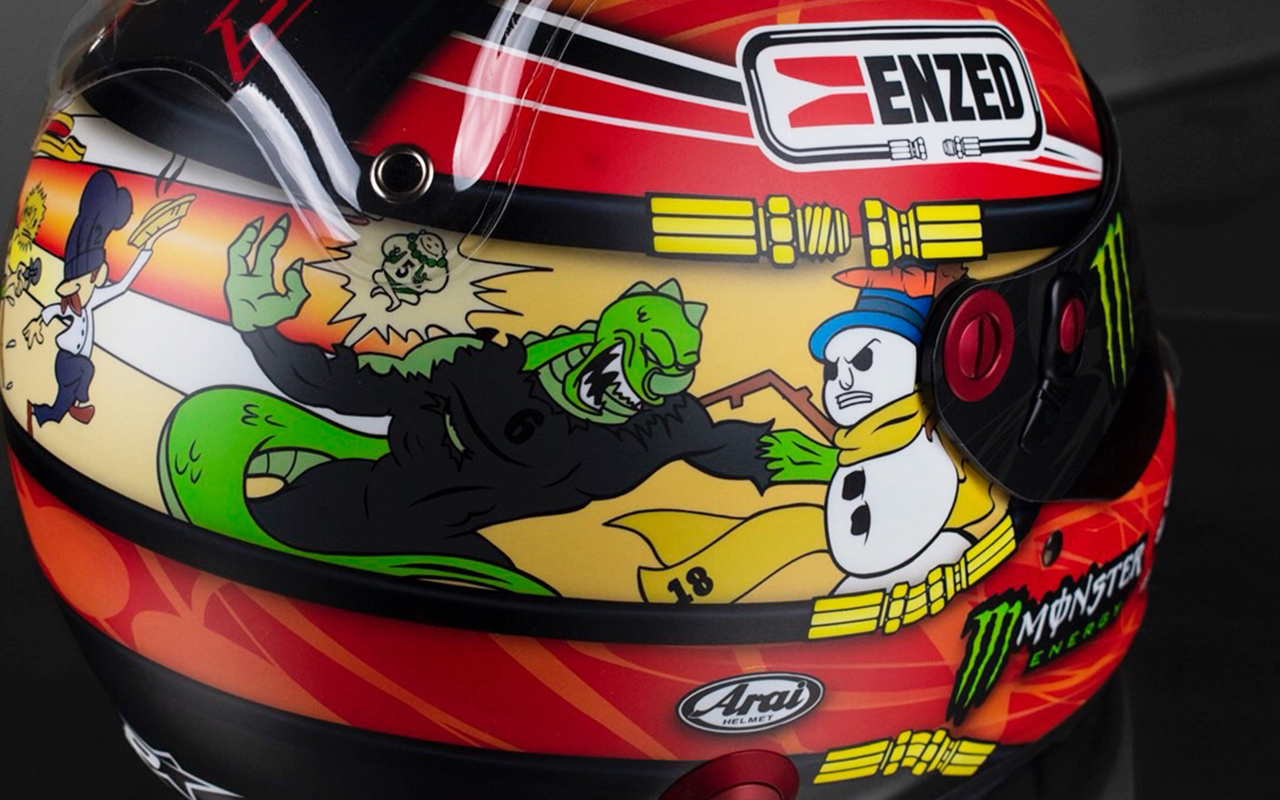 Rivals depicted include Scott McLaughlin, Scott Pye and Mark ‘Frosty’ Winterbottom, while a ‘red bull’ is also featured, under attack from green ‘monsters’. 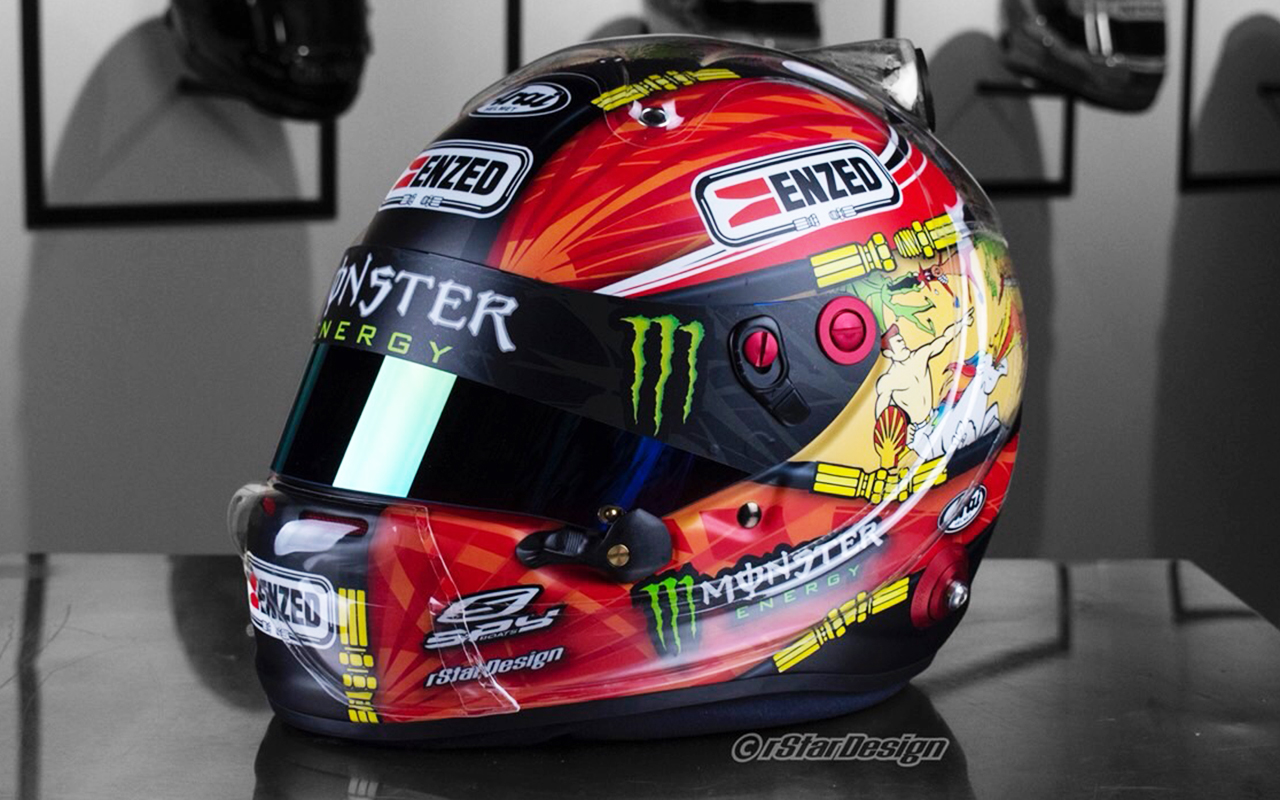 “I just wanted to do something different with my helmet,” Waters told Supercars.com.

“Everyone does the same stuff, so my helmet painter (Frank) and I came up with the cartoon idea. 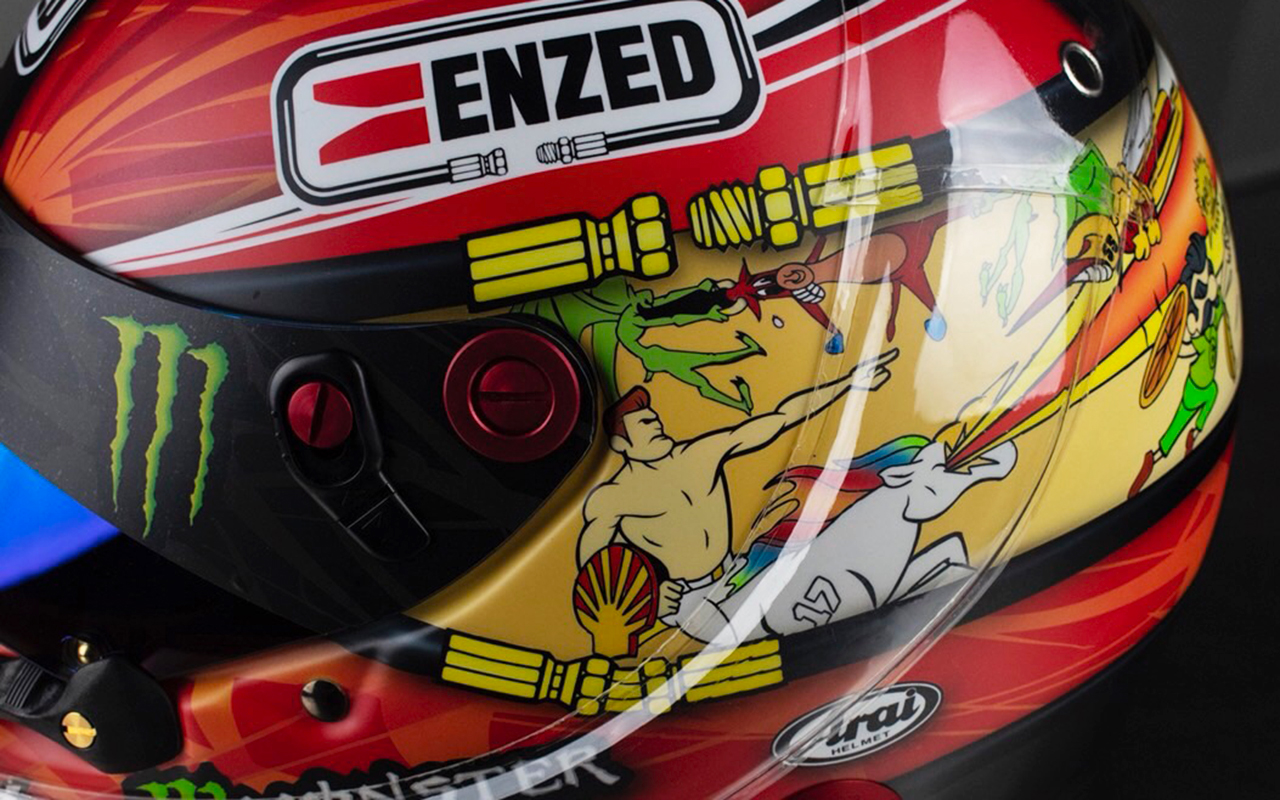 “I have a mate who I went to school with, Sam, who drew it for me.

“There’s no real story in the cartoon itself, I just wanted to have a bit of fun with it and include some of the other drivers.”

The design has proven a hit on social media, with McLaughlin one of the first to voice his approval. 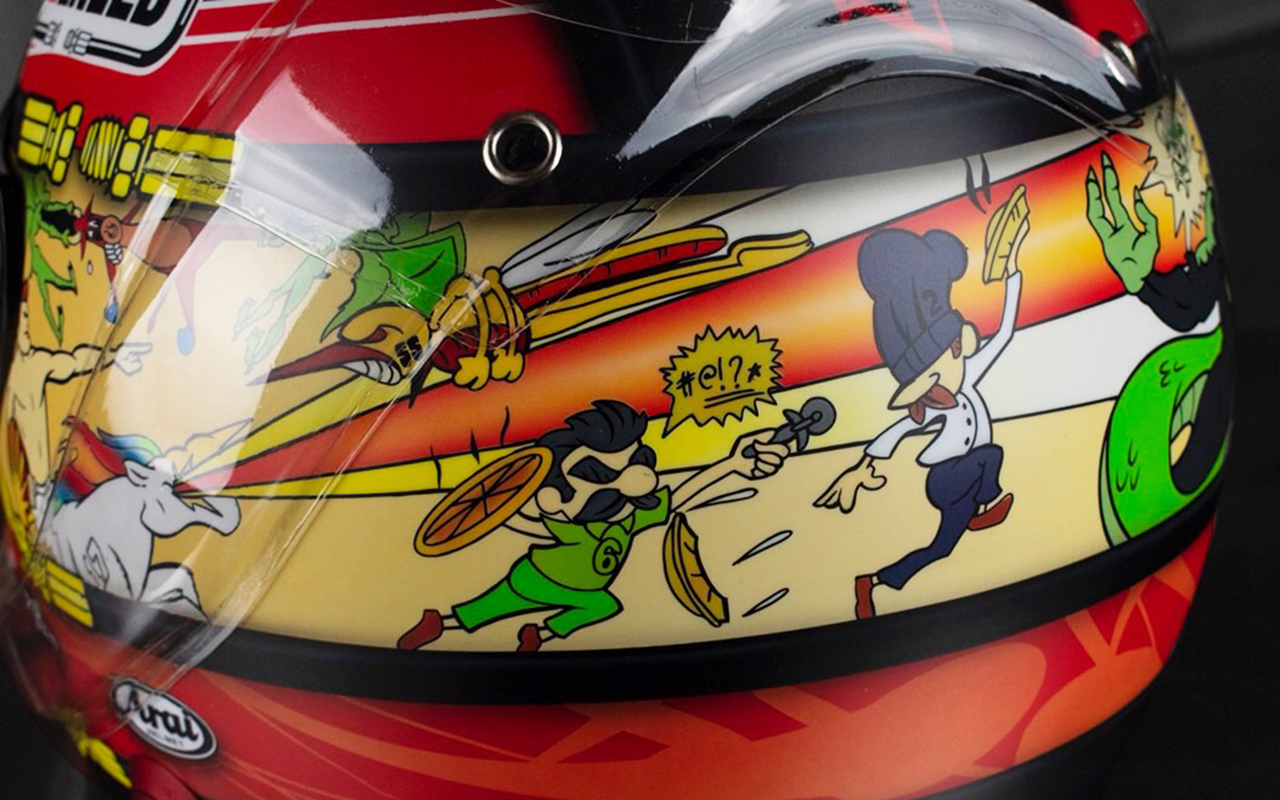 Waters is enjoying a strong 2019 season, currently seventh in the standings with six podiums and an ARMOR ALL Pole to his name.

The team this week confirmed a new multi-year deal for the driver and sponsor Monster Energy.