Waters was classified 21st on Saturday after a penalty for turning Rick Kelly around, but responded to take ARMOR ALL Pole on Sunday and lead the opening stint of the race.

He ran ahead of eventual winner Shane van Gisbergen mid-race in the wet conditions until overshooting Turn 2 and then wound up in a fierce scrap with Percat.

That ended when Percat tagged the rear of the Monster Mustang at Turn 3 on lap 54 while contesting fifth place, sending both drivers into the escape road.

Waters eventually finished third, while Percat received a 15-second penalty and was apologetic post-race after an unrelated pitlane fire.

"To be honest, the bigger issue [than the fire], was to say sorry to Waters," he told Supercars Trackside.

"I don't know if he could've won or whatever, but I just locked a brake and drove into the back of him after a pretty epic battle for a few laps there, at least he's on the podium." 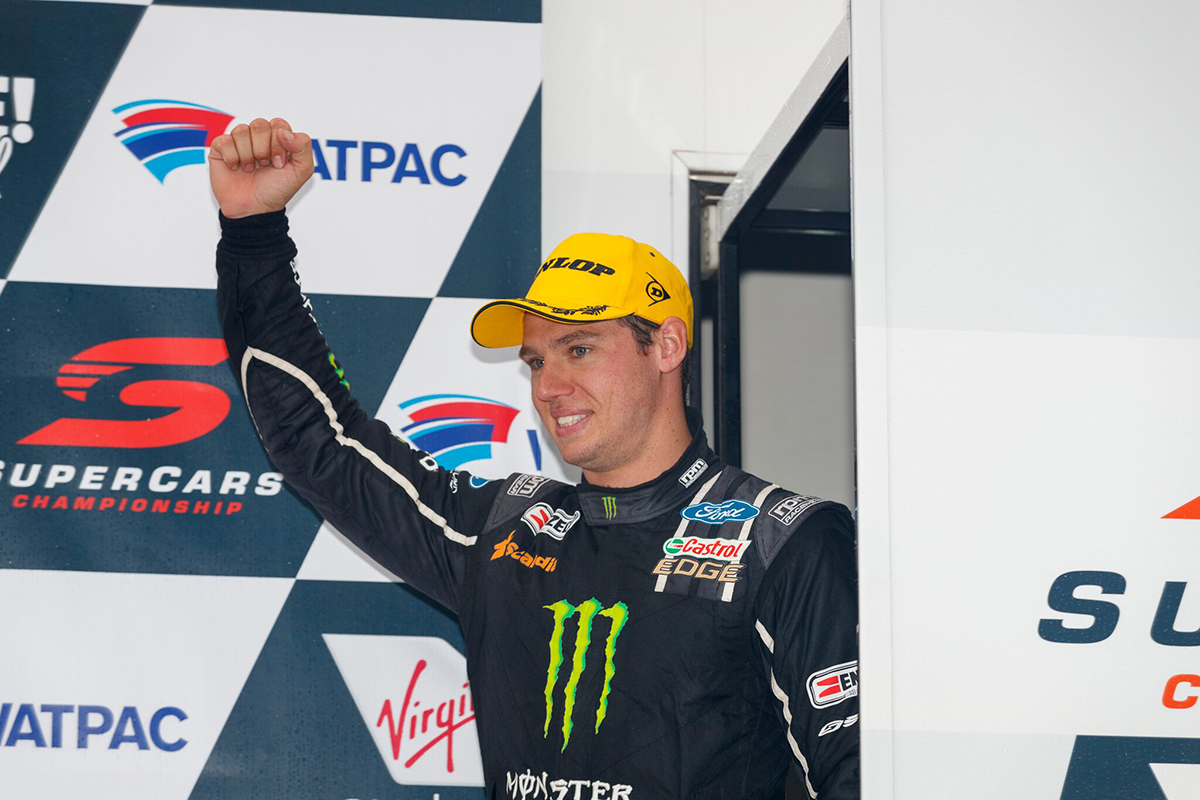 Asked about the clash and Percat's comments, Waters said: "At that point I wasn't on for a win.

"We were racing pretty hard and it was pretty easy to lock a brake as he did.

"No real hard feelings, obviously those are the conditions, it's quite easy to do.

"I did it a few laps when I was leading and that's what cost me the lead at that point of the race. 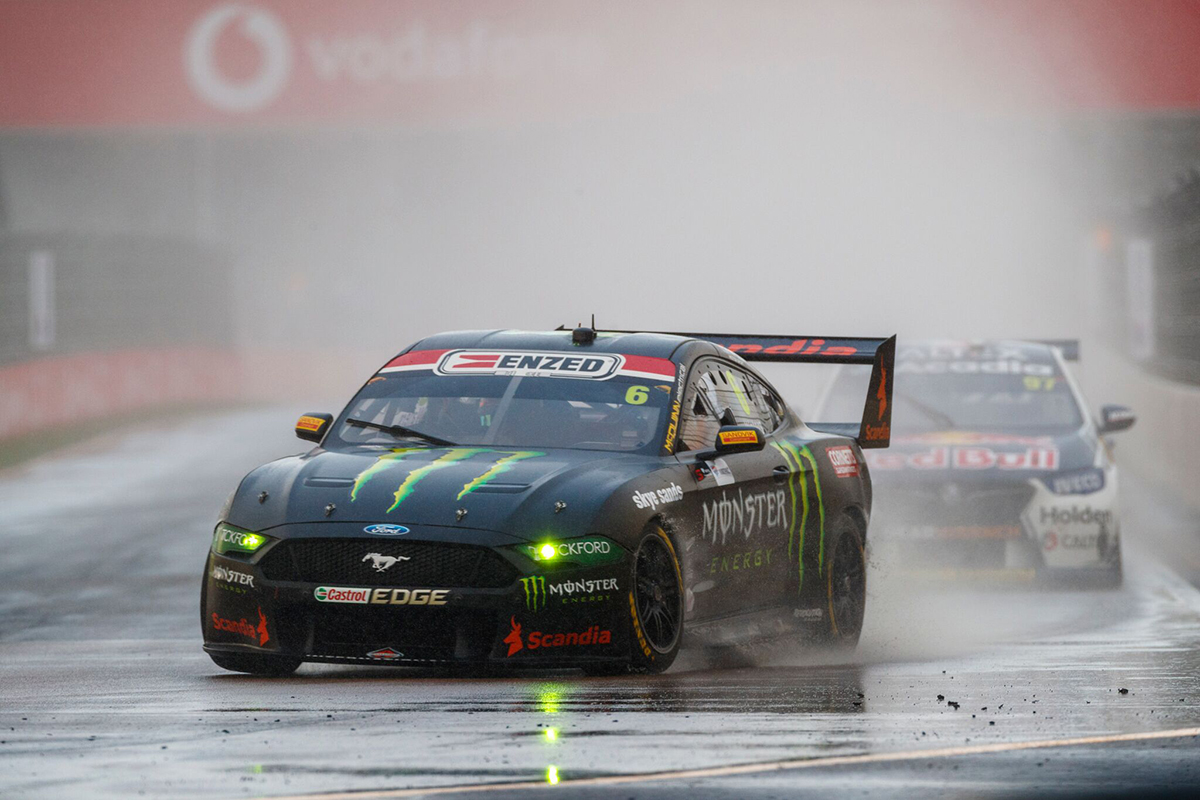 While he classed it "a great day" overall, particularly after his tough Saturday, Waters felt the earlier Turn 2 off was more costly.

With some drivers still requiring a fuel drop, Waters was the effective leader but fell behind van Gisbergen and Fabian Coulthard.

"Obviously Shane was catching me at that point of the race," he said.

"There were a few lines that were painted and I kind of didn't see that and ended up on one, locked the fronts. I was a passenger at that point.

"It's pretty easy to do in those conditions, I couldn't really see the lines at that point, it is what it is.

"I'm not sure if that gave me a flatspot or something because at that point the car was pretty hard to brake and locking fronts a lot. It is what it is."