Waters improved late on slicks, the bulk of the 30 minutes having been run on wet tyres, to finish with a 1:21.6395s lap.

It put the Monster Mustang 1.6701 seconds ahead of IRWIN Racing's Winterbottom.

The conditions shuffled the order, with Scott McLaughlin 14th and Shane van Gisbergen 22nd and last of the runners.

Chaz Mostert led the way through the early stages, before Waters, Jamie Whincup and Winterbottom spent time at the top.

Winterbottom's 1:23.3410s was the pick of the bunch entering the final 10 minutes as some drivers switched over to slick tyres.

The rain started to pick up again, but eventually dried enough in the closing stages for Waters to use slicks to reclaim the top spot.

That gave him a comfortable buffer over Winterbottom, while Nick Percat slotted into third in the closing stages ahead of Will Davison. 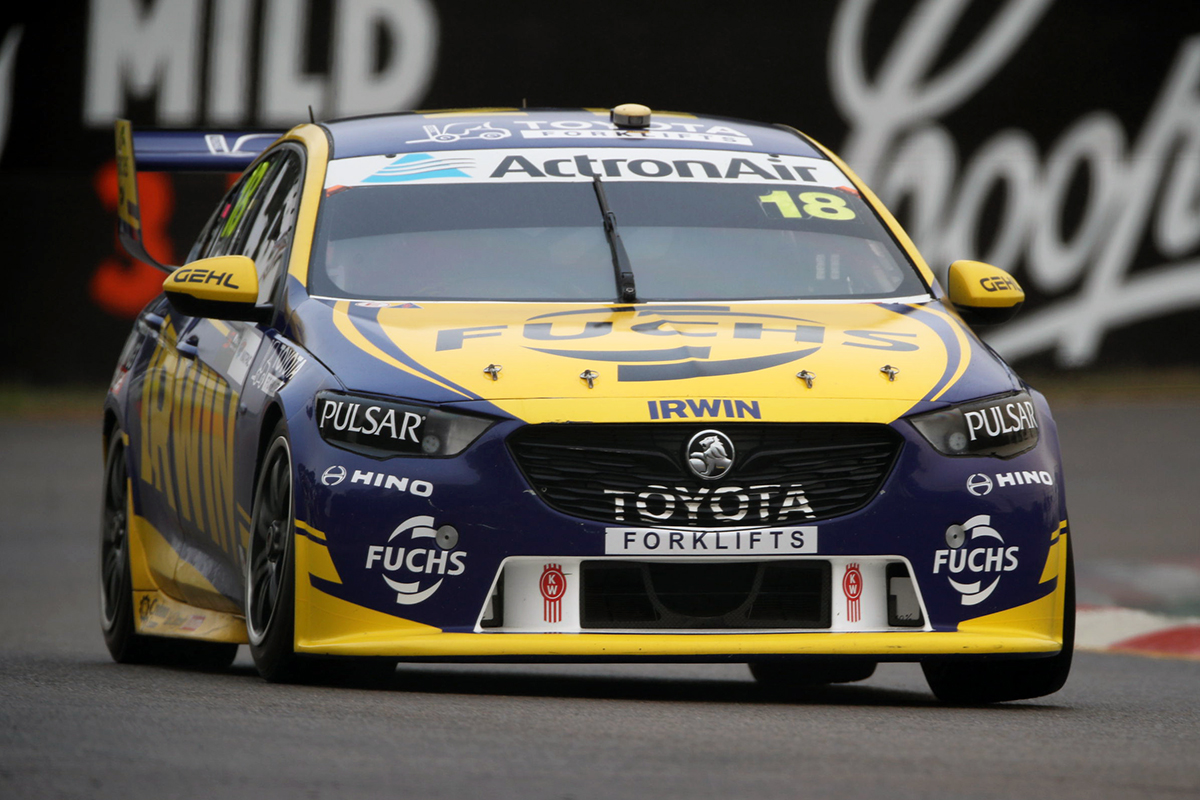 “We’ve seen the floods and stuff at the start of the year, but rain in Townsville for us doesn’t seem normal,” Winterbottom said.

“Never in the years I’ve been here have we done a wet session. It’s really slippery, one of the slipperiest wet tracks I’ve ever driven on.

“The car felt reasonably nice to drive. You see cars were spearing off, in the fence and on the dirt, it was tricky conditions, but all session we seemed to be up there.”

Tim Slade rounded out the top five from Michael Caruso, returning to Garry Rogers Motorsport as a stand-in for the injured Richie Stanaway.

McLaughlin was among the drivers to try slicks, but earlier in the final 10 minutes and wound up 14th.

Van Gisbergen was 22nd and last of the drivers to set a time, an unrepresentative 5.4966s off Waters' benchmark.

Penrite Racing pair David Reynolds and Anton De Pasquale, and James Courtney and Todd Hazelwood opted against running while the track was at its wettest.

Courtney and Hazelwood wound up 18th and 19th, while Reynolds and De Pasquale sat out the session altogether.

“I was quite happy, it looked pretty scary out there,” Reynolds said.

“We were looking to go out with about 10 minutes to go, but we didn’t want to burn up a set of tyres and whatnot.”