Waters took the lead off the line and was pressured all the way in the 36-lapper.

Van Gisbergen took it to the final corner and made a bold dive, and made contact.

However, the series leader rolled out of it, ensuring Waters raced to the line.

It marked Waters' first victory at Winton, and Tickford Racing's first at the circuit since 2015.

It was also Waters' first win since Townsville 2021, and career win No.6.

The official margin between the duo was just 0.4s.

David Reynolds overhauled Chaz Mostert late on to secure the final spot on the podium.

"It was an awesome race," Waters said.

"I had to have something in the tank at the end, I knew he'd have a crack.

"It's a massive relief... massive thanks to Tickford for their work."

Waters beat pole-sitter van Gisbergen to Turn 1, with the points leader pressured by Will Brown.

Van Gisbergen kept Waters honest in the opening stint, with the margin hovering at one second.

The margin came down to 0.7s before van Gisbergen was brought in on lap 15.

Tickford reacted and managed to return Waters in front of van Gisbergen, who drew alongside the Monster Ford.

The two drivers were inseparable for the balance of the race, with Waters holding sway.

Van Gisbergen made a bold dive at the final corner, and contact ensued.

However, Water was released to the chequered flag as van Gisbergen lifted to avoid penalty.

Van Gisbergen did, however, pick up front-left damage and required a lift to the podium.

"He missed the apex at the second-last corner," van Gisbergen said.

"I had a crack, and we came together at the last [corner].

"Just a steering arm [is broken] but we'll fix that.

"The battle with Cam was really awesome; he knows where to place the car, he's a really good racer.

"I love that kind of stuff.” 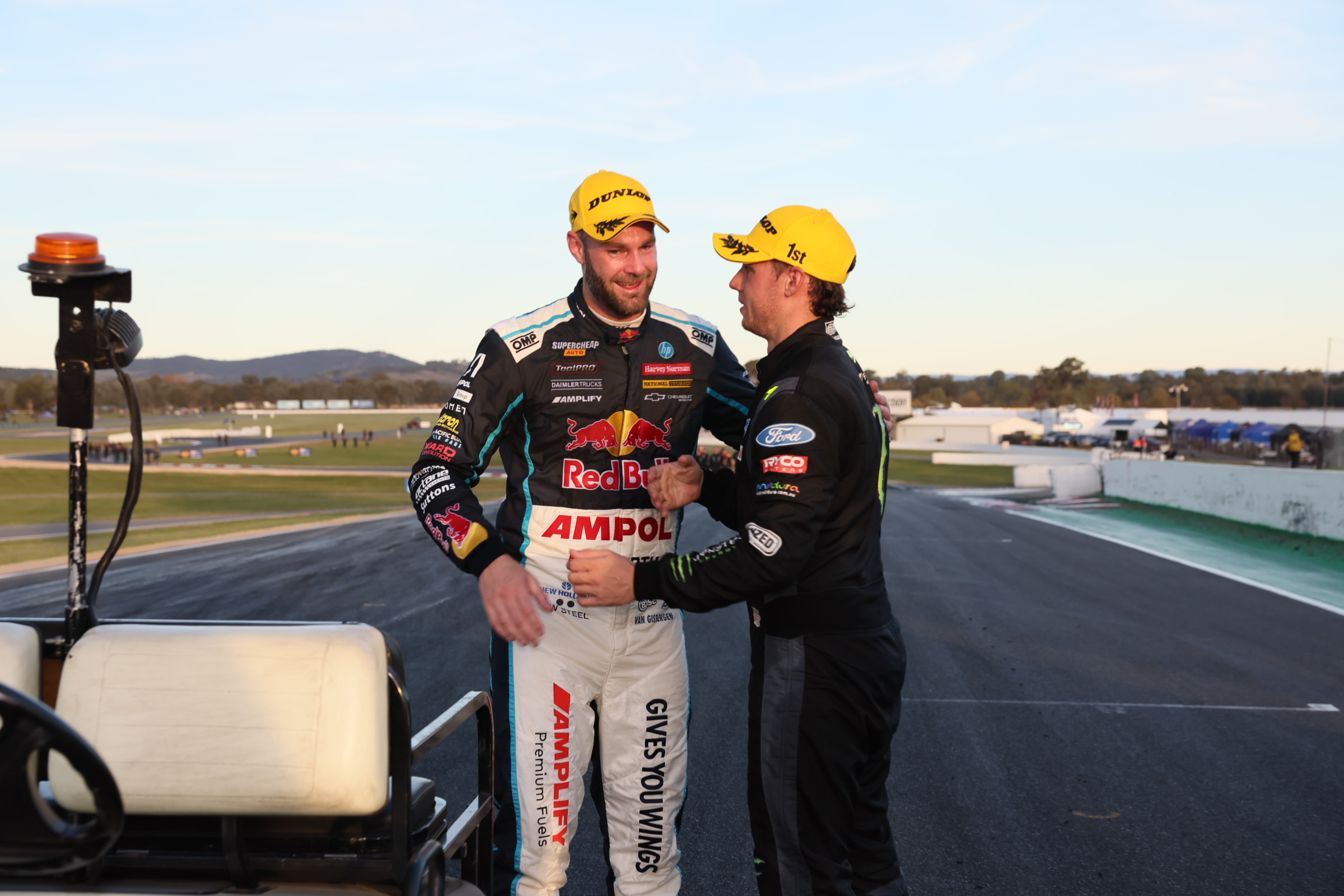 Brown's challenge fell apart after a botched pit stop, with the left-rear unattached as he was dropped.

The Erebus youngster was later slapped with a drive-through penalty, and finished 27th and last.

Van Gisbergen will carry a 196-point lead over De Pasquale into Sunday.