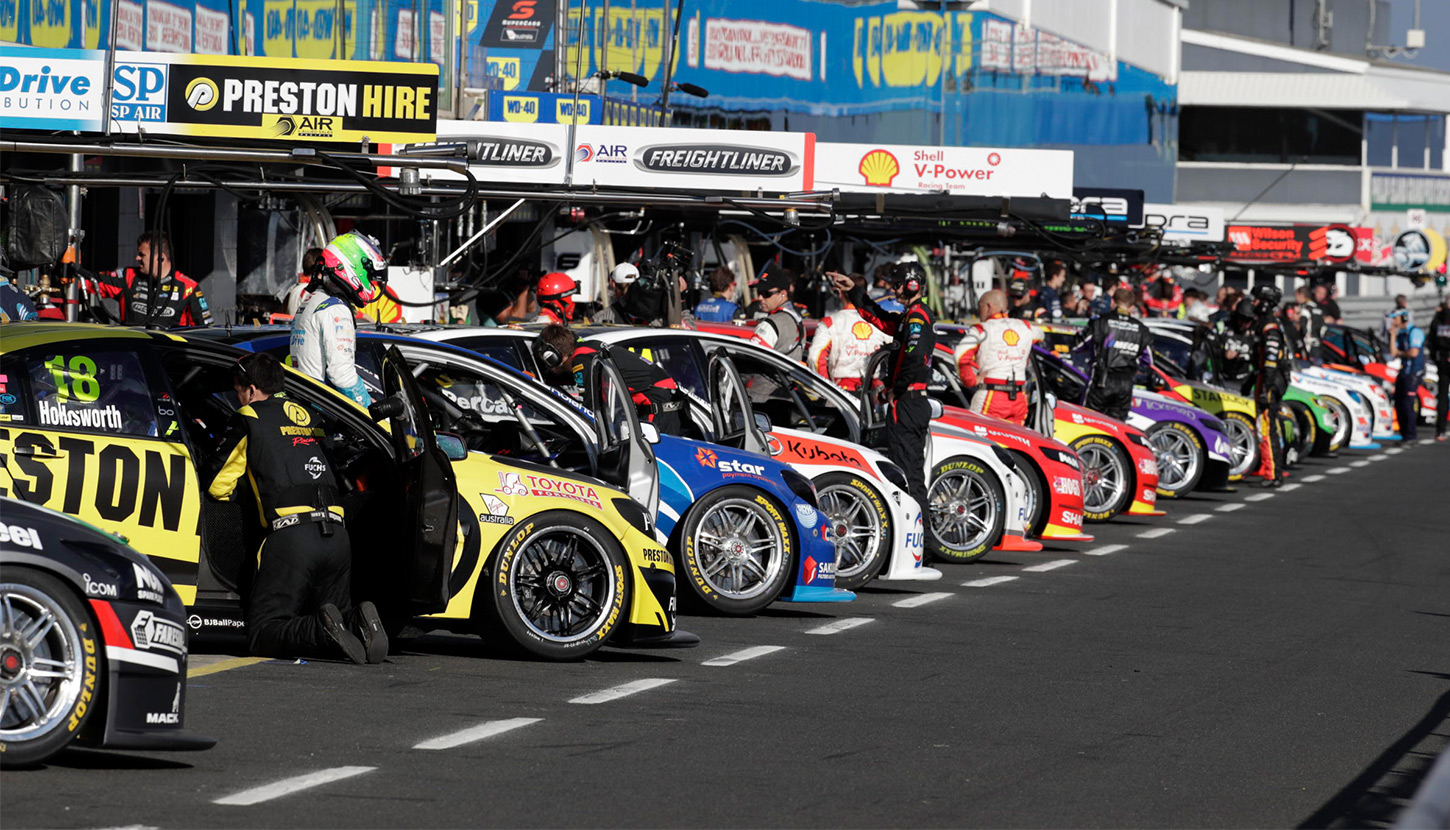 A warning sent to teams prior to the start of the race failed to prevent a string of high-profile drivers breaching the pitlane regulations at the WD-40 Phillip Island 500.

Each had been deemed to have breached rules stipulating that cars must remain wholly in the fast lane unless they are within two pit bays of their own garage.

The topic had been raised privately with officials by Prodrive this morning, with the team requesting that a cone be placed to mark out the start of the dashed line separating the fast and working lanes.

While no cone was installed, a bulletin was sent out to all team managers just under 90 minutes prior to the start of the race to reaffirm the existing regulations.

“For the avoidance of doubt, the dashed line in Pit Lane delineates the fast lane from the working lane,” read the bulletin.

“Cars must traverse the Pit Lane wholly within the fast lane and must not traverse the working lane save to enter or exit their own Pit Bay, and then only within 2 Pit Bays of their Pit Bay.”

Prodrive’s Mark Winterbottom finished eighth after his penalty and later lamented the lack of a cone to distinguish the lanes.

“The blend line normally has a cone where you blend in and when you're following a car you can't see where you're going so it's a pretty steep penalty,” said Winterbottom.

“I knew the rule but you just can't see so you follow the car in front.”

Triple Eight drivers Lowndes - who took the chequered flag first before falling to 12th once his penalty was added - and Jamie Whincup both said they were unaware of the potential issue before the race.

“We didn’t talk about it in drivers’ briefing so I don’t know where it came from,” said Lowndes.

“We managed to stay out of trouble and to get that over the radio (that I’d received a penalty) was pretty gut wrenching.”

“It hasn’t been discussed at all,” added Whincup, who was not found to have breached the rule and finished second.

“I have been running on the inside of that line for years. Everyone has been doing it and they never said they were going to police it at all.

“I think it is a pretty harsh penalty to be honest.”

Fellow Triple Eight driver van Gisbergen was also scathing of the penalties which came on a day where the Holden squad had avoided tyre issues that struck the bulk of their rivals.

"In all honesty, it's crap. The penalties being handed out were ridiculous,” he said in a team statement.

“Crossing the line at pit entry is something that happens at every track, and the process is different on every track, yet now they decide to police it in a way they have never done here before.

“It's pretty average if you ask me. They'll need to re-watch the race and penalise everyone because otherwise, they'll only be selecting a handful.”

McLaughlin said he accepts the penalty but added that he was confused by how it played out.

“I’m a bit weirded out by the whole thing but at the end of the day the rules are the rules and I broke them,” he said.

“It’s a bit confusing for me because to be honest I didn’t know that rule so maybe I have to look at the rules again.”