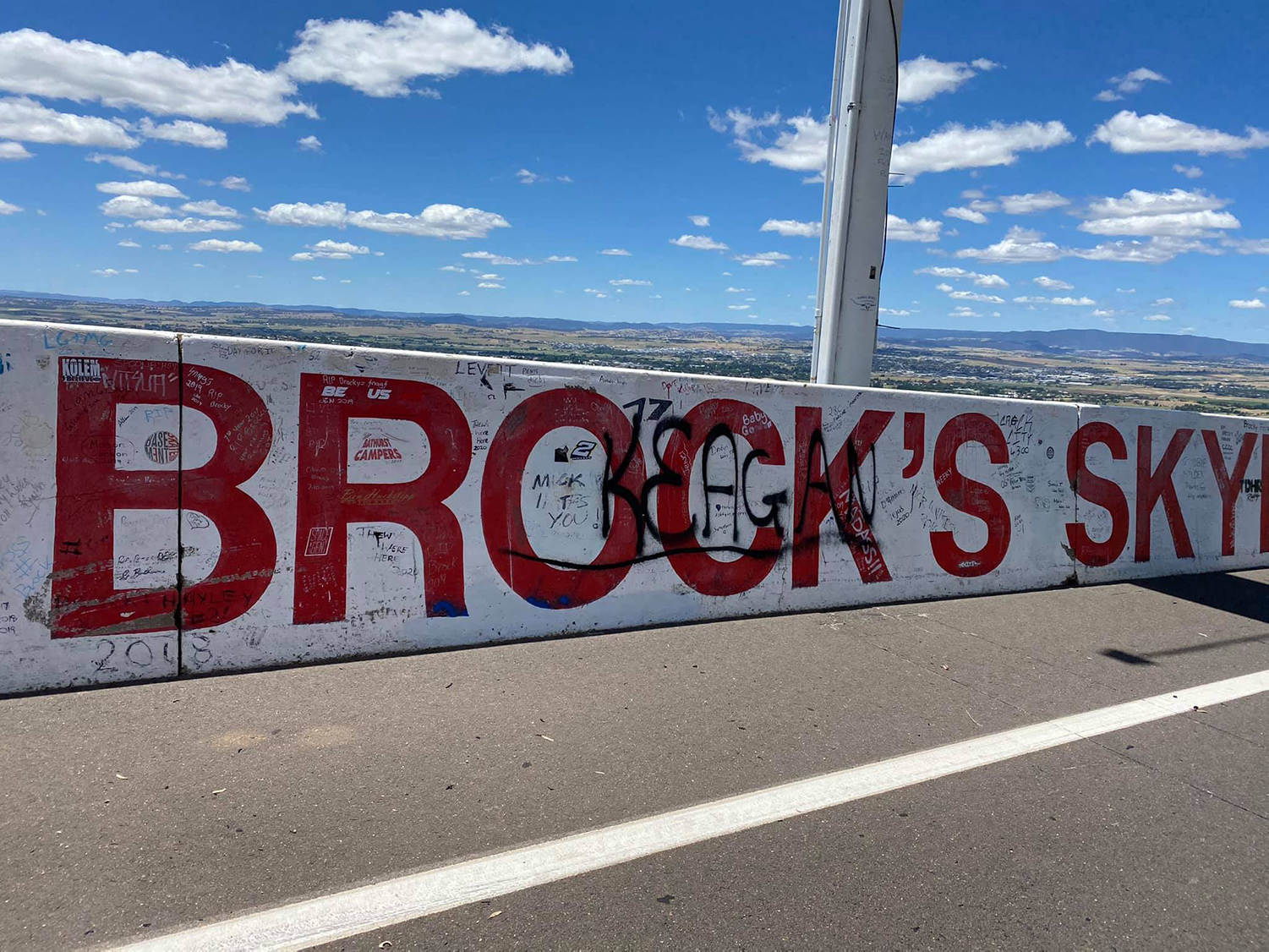 The famous Brock’s Skyline memorial at the top of Mount Panorama has been hit by an alleged graffiti attack. 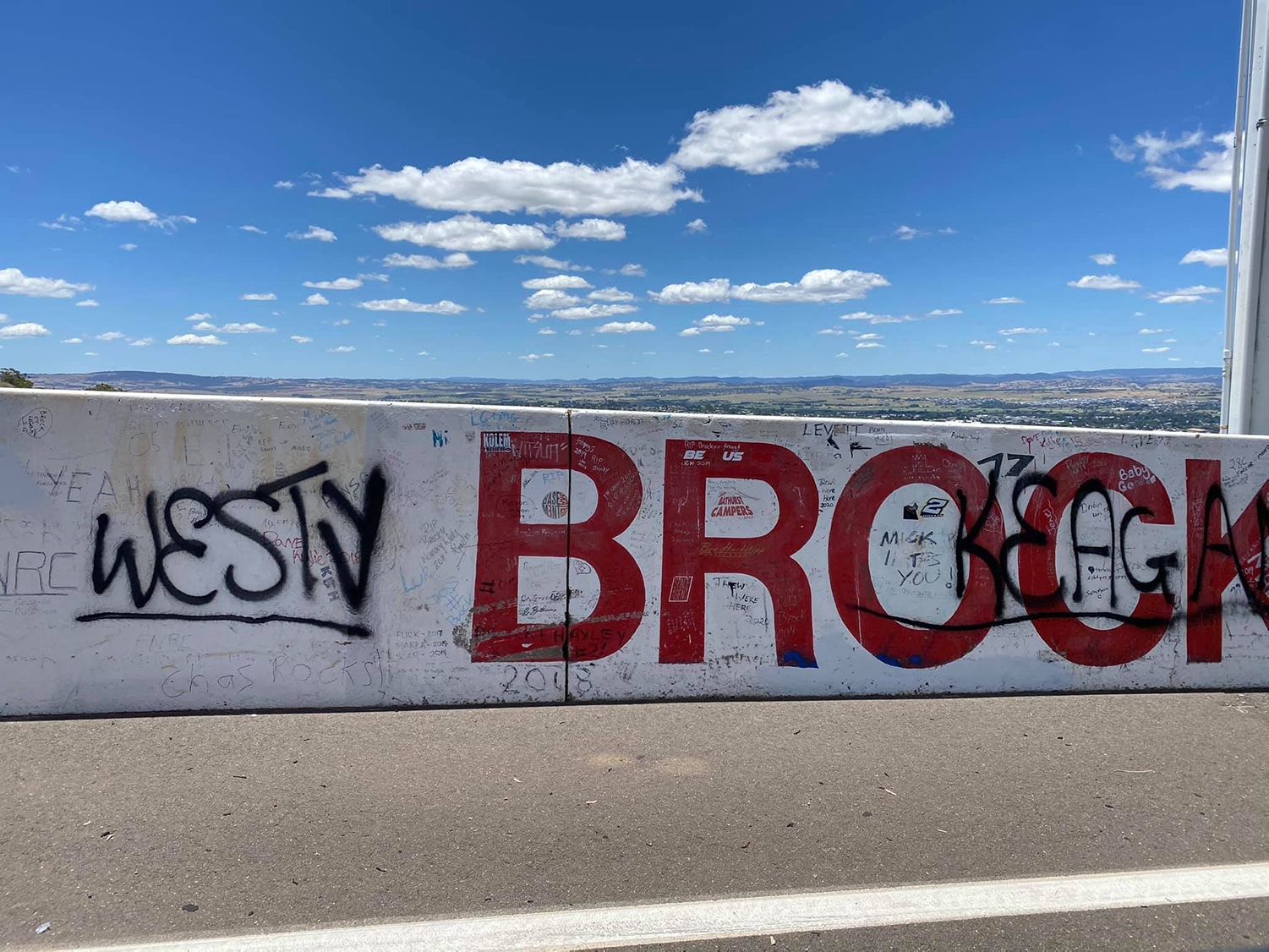 On 8 September 2006, Australian motorsport lost one of its most well-known and influential drivers, Peter Brock.

Peter Brock was undisputedly the "King of the Mountain" when it came to Mount Panorama and the Bathurst 1000. He won the famed race a record nine times, a feat as yet unsurpassed.

Immediately following his unexpected passing, words of remorse, gratitude, respect and thanks began appearing on the concrete barrier along Brock's Skyline on the Mount Panorama Circuit.

This became an unofficial memorial to the late "Peter Perfect" with people from around the country leaving notes to their hero.

Flowers and various items appeared at the base of the wall although, as part of the lead-up to the 2006 Bathurst 1000.

During the 2006 Bathurst 1000 Race Week, the number of messages left on the wall was phenomenal.

Safety became an issue with fans stopping to view the messages left to Brock, as there was no footpath for those wishing to visit this makeshift memorial. 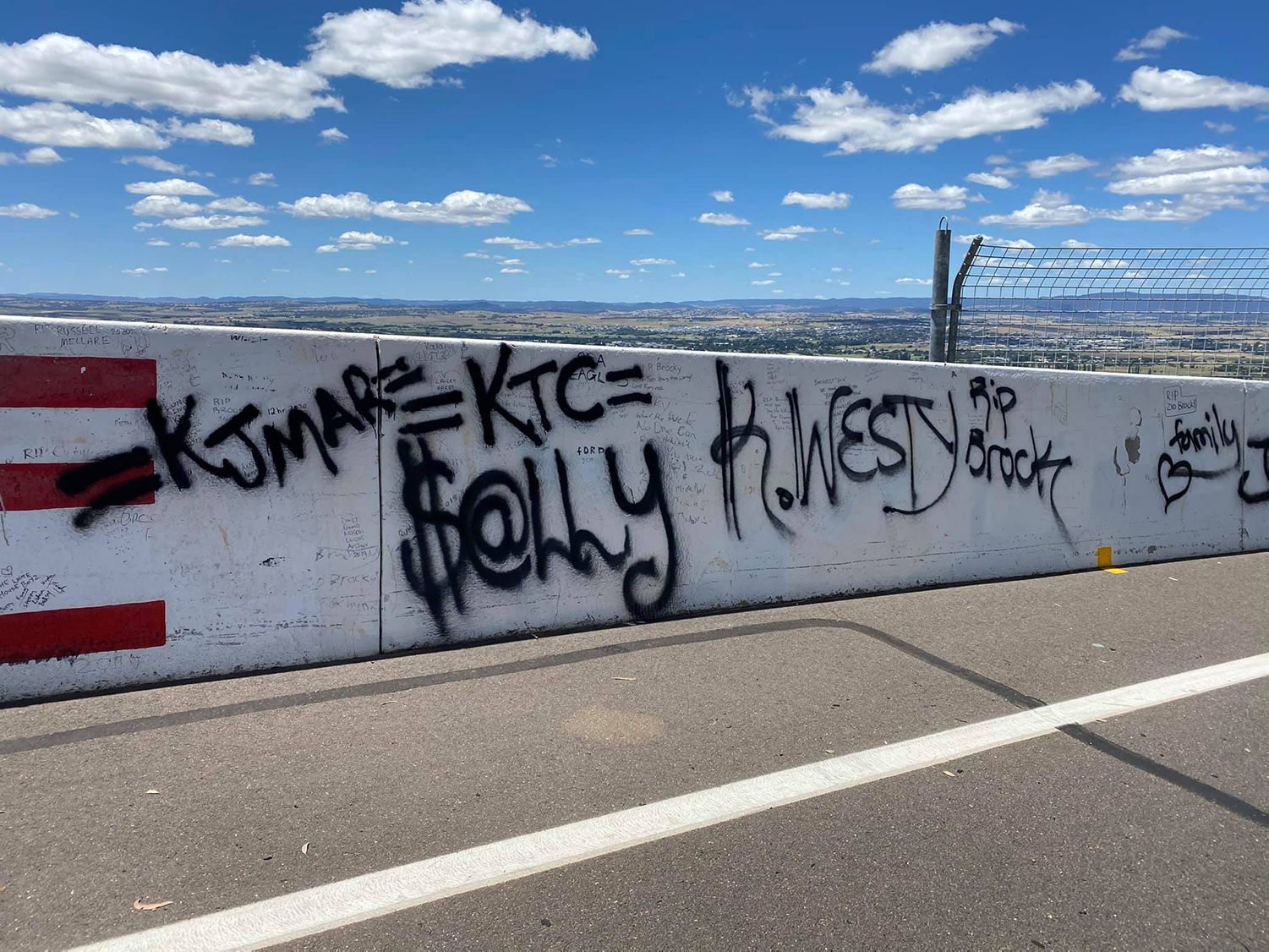 A new boardwalk which runs along the top of the Mount Panorama circuit was opened in July to help fans better access the famous site.

The walkway spans 1.7km from Griffins Bend to the Bathurst Light Car Club, near the exit of Forrest’s Elbow, through a combination of ground level and elevated sections.

It also includes two viewing platforms, one of which is situated just above the Mount Panorama sign at Skyline.

The boardwalk was conceived with a view to enhancing pedestrian safety by providing a safe route off the race track itself and has been funded to the tune of $1 million each from Bathurst Regional Council and the New South Wales Government.

05/12/2020
Stay In The Know
Sign up to the Repco Supercars Championship Newsletter
We use cookies to ensure that we give you the best experience on our website. If you continue to use this site we will assume that you are happy with it.Ok