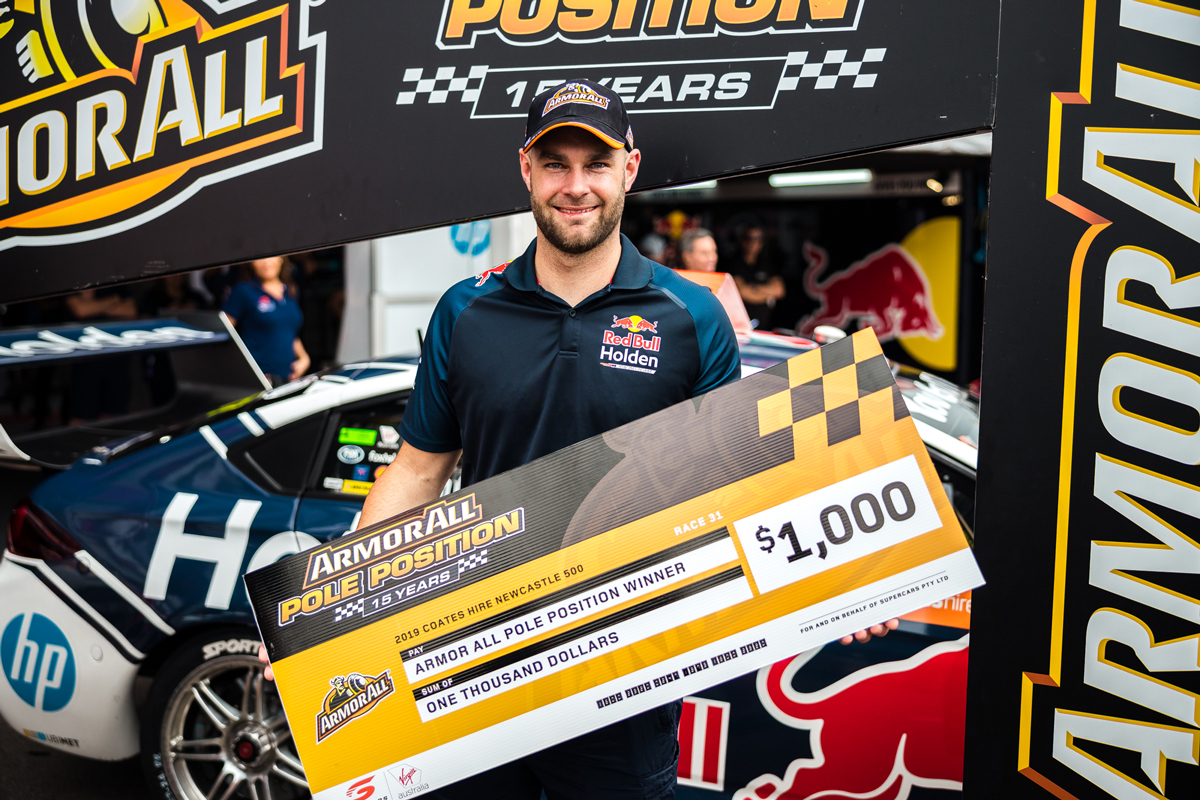 Shane van Gisbergen has clinched a sensational Newcastle pole for the Red Bull Holden Racing Team with a last-to-first effort in the ARMOR ALL Top 10 Shootout.

Van Gisbergen went within a whisker of missing the Shootout altogether, just scraping into 10th in qualifying this morning with a lap after the chequered flag had flown.

The Kiwi made the most of his opportunity, producing a cracking lap that would be too fast for the nine drivers that followed.

It marks the first time a driver has been the first to run in the Shootout and scored pole since Garth Tander at Symmons Plains in 2009.

“The car has been awesome all weekend, just no good on new tyres,” said a pumped-up van Gisbergen.

“I was just stoked with that, they did a great job tuning it, getting the tyre phasing better and I just can't believe we went from 10th there to the front. It's critical here.

“Beside my mate Scotty, so it'll be good.” 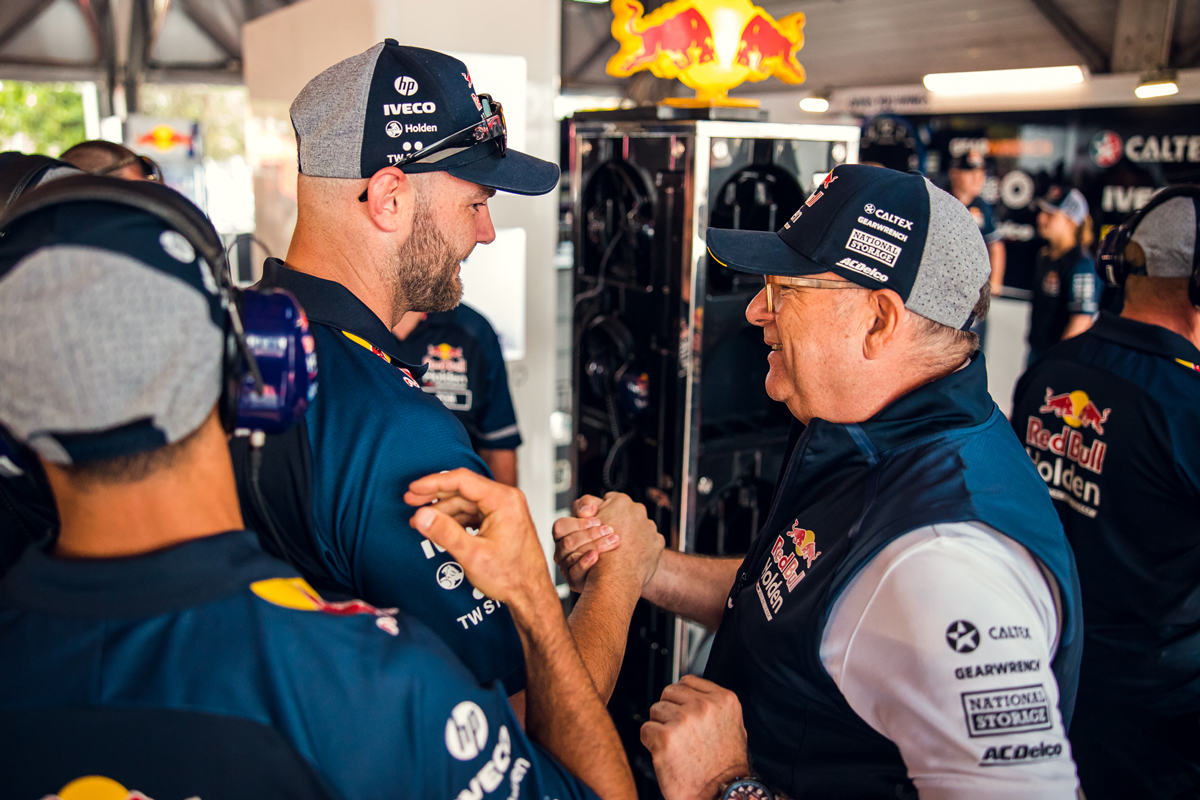 McLaughlin, the 2019 champion-elect, was another drastic improver, moving from eighth in this morning’s ARMOR All Qualifying to ensure he will start with a clear view ahead for this afternoon’s 250km race.

“I just stuffed up Turn 11, I just over-slowed it. But overall our car is so much better [than in qualifying],” he said

Jamie Whincup was last out on track and threatened the top two before having to settle for third, little more than a tenth off his teammate’s pace.

“I just didn't quite have the grip, I pushed as hard as I could, but unfortunately the grip wasn't there,” he said.

“I can't complain, P3 is a good starting spot for a long race this afternoon.”

Cameron Waters and Anton De Pasquale also split the Shell V-Power Racing Mustangs to take fourth and fifth ahead of Fabian Coulthard, who pushed the limits in his 1:10.4593s.

David Reynolds and James Courtney will line up on the fourth row of the grid, the latter having been slowed by a big lock-up into Turn 11.

Tim Slade will start ninth in what could be his penultimate race for Brad Jones Racing, with Lee Holdsworth sliding to tenth after a gamble on scrubbed tyres backfired.

“I thought it would give us a gain in the first sector but it didn’t and it just got worse after that.”