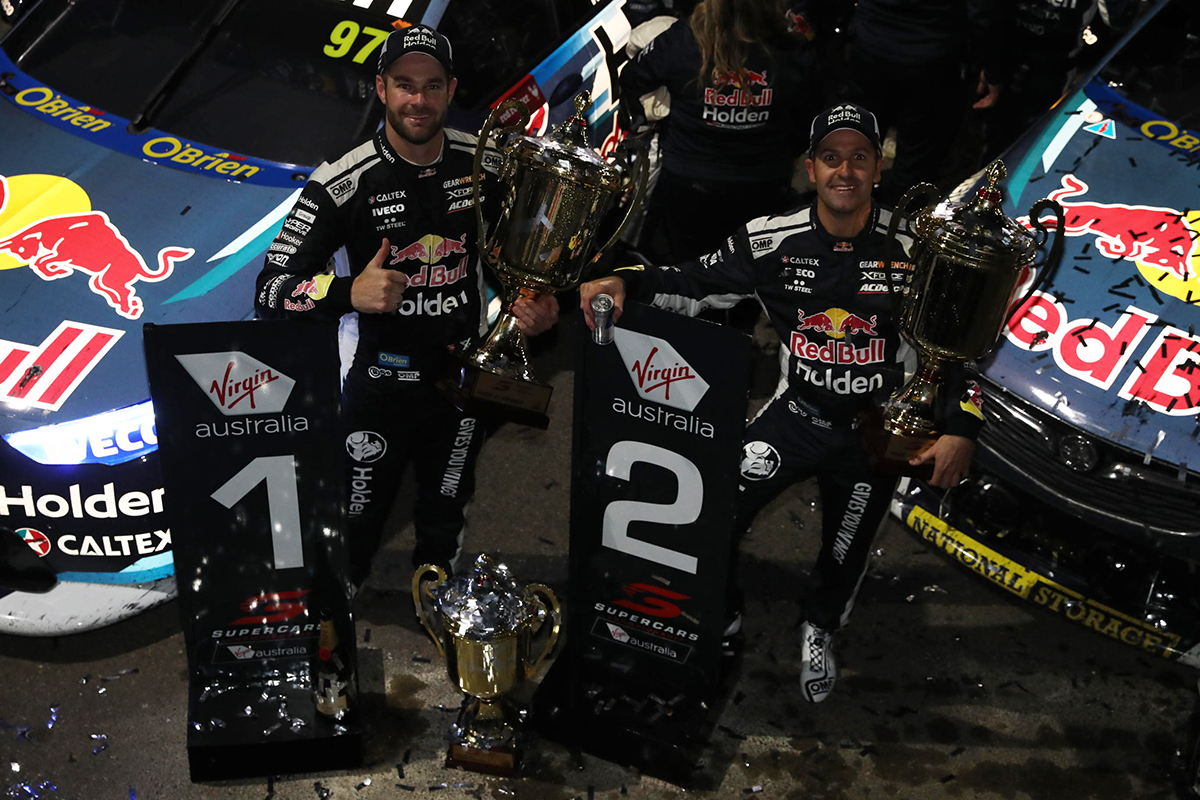 Van Gisbergen led team-mate Jamie Whincup over the line at Sydney Motorsport for a fifth victory of the campaign, in the first Supercars night race since 2011.

The pair made their final stops four laps after erstwhile leaders Scott McLaughlin and Craig Lowndes, during the late Safety Car period, and had green tyres to fit to their Commodores.

That was the result of preservation calls earlier in the two-day event, with van Gisbergen passing McLaughlin with 10 laps left and Whincup doing the same with four remaining.

"We played a bit of a different game this weekend with not putting our best foot forward in terms of tyres," van Gisbergen said.

"We sort of sacrificed qualifying a little bit, but it didn't hurt us too bad in the end.

"And at the end of the race, we both had a new set of tyres, so it worked out quite well."

The three Triple Eight entries had to contest all three stages of ARMOR ALL Qualifying after relatively quiet runs through practice.

Whincup sat out the final 90 seconds of qualifying and fell from second to fifth as his Q3 rivals completed second runs.

"We chose on car #1, especially, not to put all of our eggs in the qualifying basket," Dutton explained.

"I don't think they (McLaughlin and Lowndes) had green tyres for the end of the race and we did on both of our cars.

"It wasn't just the tyre differential, the laps they'd done earlier, it was that we also had greens. That wasn't an accident.

"The engineers planned that and were prepared to pay a price, it's pretty tough decision to make." 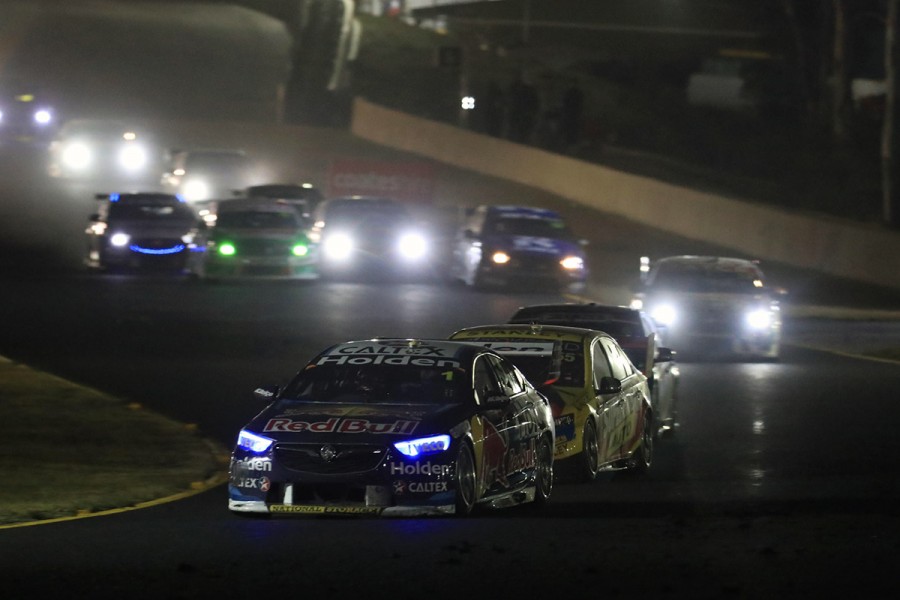 The strategies of van Gisbergen and Whincup were built around capitalising on a Safety Car, which eventually came with 20 laps remaining to clear Todd Hazelwood's rear wing.

They pitted together, which meant Whincup had to double-stack, but he still emerged ahead of Chaz Mostert behind.

"We knew we had enough gap to fifth," Whincup said.

"We were in a very good situation, there was enough gap, we weren't going to lose spots.

"That's why we ran the risk and just kept trucking on out there. If we were going to lose a couple of spots, we would've pitted with these guys four laps earlier."

The seven-time Supercars champion's evening did, though, include a battery change on the grid.

"I was very, very lucky to get off the line," he said.

"The battery went flat, we had the jump battery in the whole time so I'm not sure what happened there.

"I got a bump start, gave it plenty of revs on the parade lap and luckily it went as I pulled up for the start."