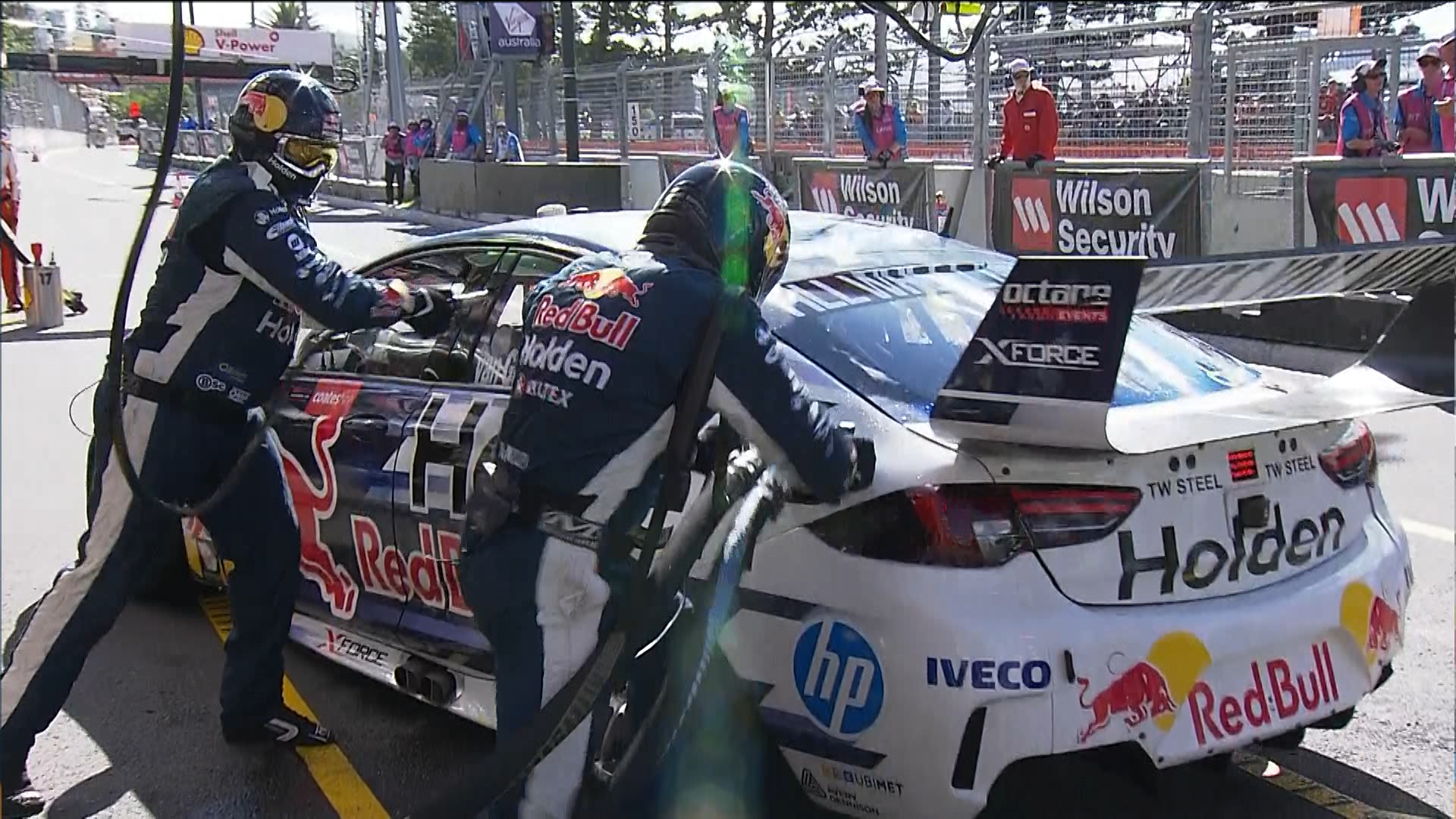 Shane van Gisbergen’s victory in the Coates Hire Newcastle 500 is currently subject to an investigation into an alleged pitstop breach.

Van Gisbergen’s Holden appeared to hit the ground before the refuelling hose was removed during the car’s third and final pitstop.

The Kiwi had been forced to make a third stop after his team was unable to complete the 140-litre compulsory fuel drop in its second trip to pitlane.

The result of the investigation will therefore have a major impact on the championship battle, as well as the race.

“It's being investigated by the officials at the moment, so I won't speculate as to what will happen or not,” he said.

“But the rules are clear. It's one of those things. We'll wait and see what happens.

“When you look at the footage, it’s just one of those things.

“It's being reviewed at the moment, we'll wait and see what the outcome is of that.”

It is the second event in a row where race winner van Gisbergen has been subject to a post-race investigation, following an alleged wheel-spin at Pukekohe.

Van Gisbergen escaped penalty – despite a protest from DJRTP – on that occasion, with a tolerance applied by officials.

Asked by Supercars.com if he has any concern about the legality of the stop in today’s Newcastle race, Red Bull HRT team manager Mark Dutton said: “No, no.

“The guys work very hard, the spike and fuel man, to be as in unison as possible.

“Because they reacted at the same time, you could almost not script it better.”

Dutton did, however, admit his team had carefully watched back footage of the pitstop following the race.

“Sometimes things happen live and you think ‘oh, have we missed something?’. But it’s all good.

“We went through and watched all of the stops and they were spot-on.

“You’ve got to be careful you don’t multiply or add up your reaction times.

“The fueller’s reaction time, to when they need to drop and then the spike man, the car release man and the driver.

“We train really hard to get them in sync and today they’re on the money.”