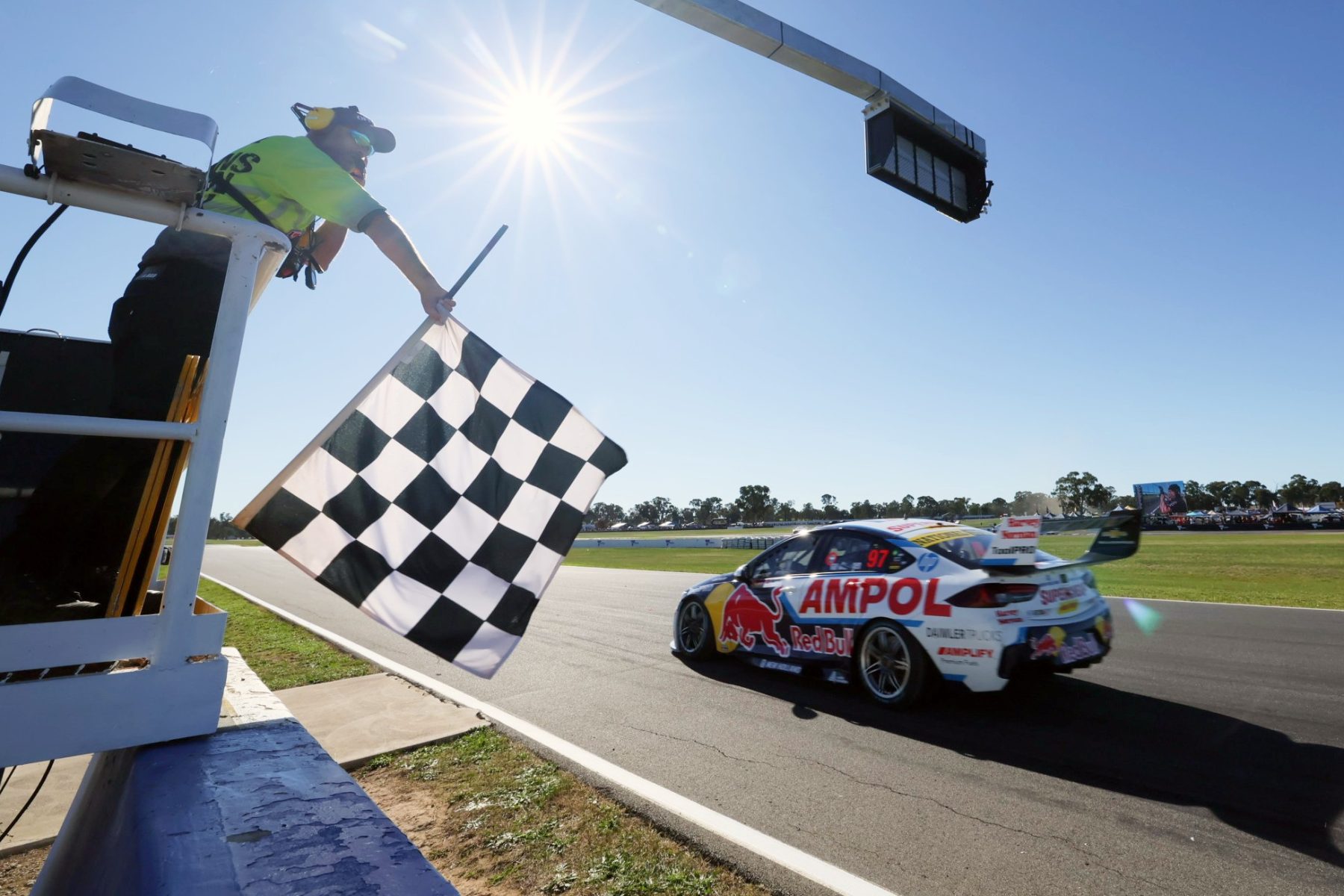 Shane van Gisbergen has turned the tables on Cam Waters to win Race 14 at Winton.

Van Gisbergen's charge to his ninth win of 2022 was centred on an undercut and bold manoeuvre.

It took a strong stop, strong out lap and strong overtake to get van Gisbergen into position.

Van Gisbergen made the bold move on Waters at Turn 3 after the latter's stop.

The Red Bull Ampol Racing driver opened up a margin and crossed the line 5.2s to the good.

David Reynolds made it two podiums in as many days in third.

Van Gisbergen has now opened up a 244-point lead over Anton De Pasquale, who finished 10th.

"It was a great race," said van Gisbergen, who scored his first Winton victory since 2017.

"Cam was quick again, but our boys did an awesome job with the pit stop.

"That put the pressure on them. Thanks to Red Bull Ampol Racing.

"We won the race in the pits, and I put the move on Cam."

Waters led from pole position into Turn 1, and held sway to the stops.

Van Gisbergen stopped from second on lap 16, and pushed to pressure Waters.

Tickford Racing reacted and stopped Waters immediately, and he rejoined just ahead.

However, unlike Saturday, Waters was unable to keep a racy van Gisbergen behind.

The winning move required a bold dive into Turn 3, with Waters giving the points leader room.

From there, van Gisbergen was unchallenged and raced away to career win No. 63.

Holdsworth overhauled Chaz Mostert, Will Brown and Andre Heimgartner in the closing laps.

Scott Pye and Garry Jacobson were the only casualties of the 36-lapper.

Pye suffered yet another suspected power steering drama, with Jacobson wheeled into the garage twice.

The Pizza Hut Winton SuperSprint will conclude with Race 15 at 3:35pm local time.