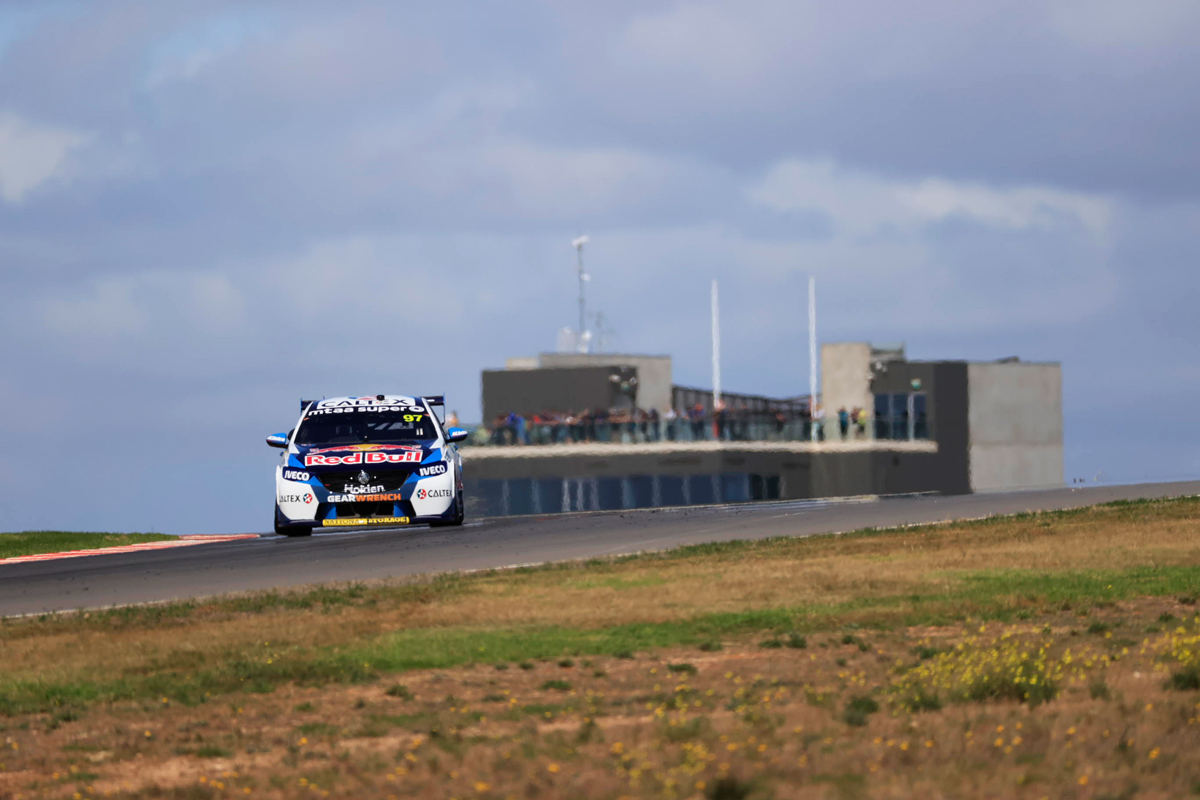 Shane van Gisbergen leads the timesheets at the midway point of the BP Ultimate SuperTest at The Bend.

“All the feedback has been pretty encouraging so far, obviously there has been a lot of technical changes and the team have done a really good job of understanding them before we even got here,” said Tander.

“Running through our program it seems that we are around where we expected to be.”

With the day forming the first 2020 running for many of the 24 cars, a number of little hiccups arose throughout the morning.

The first to hit trouble was Brad Jones Racing rookie Jack Smith, who suffered a broken damper inside 15 minutes of the 9am start, causing an early red flag.

Matt Stone Racing’s SuperLite car was next to limp back to the pits with a suspected oil leak, Jake Kostecki having been at the wheel for the initial laps.

Red flags were shown again about an hour into the session – which will run non-stop until 5pm local time – when Scott Pye’s DeWalt Racing Commodore was beached in the Turn 1 gravel following a lock-up.

The #20 Holden was towed out of the sand, and returned to the track soon enough.

Another to have an off-track moment was van Gisbergen’s Red Bull Holden teammate Jamie Whincup. 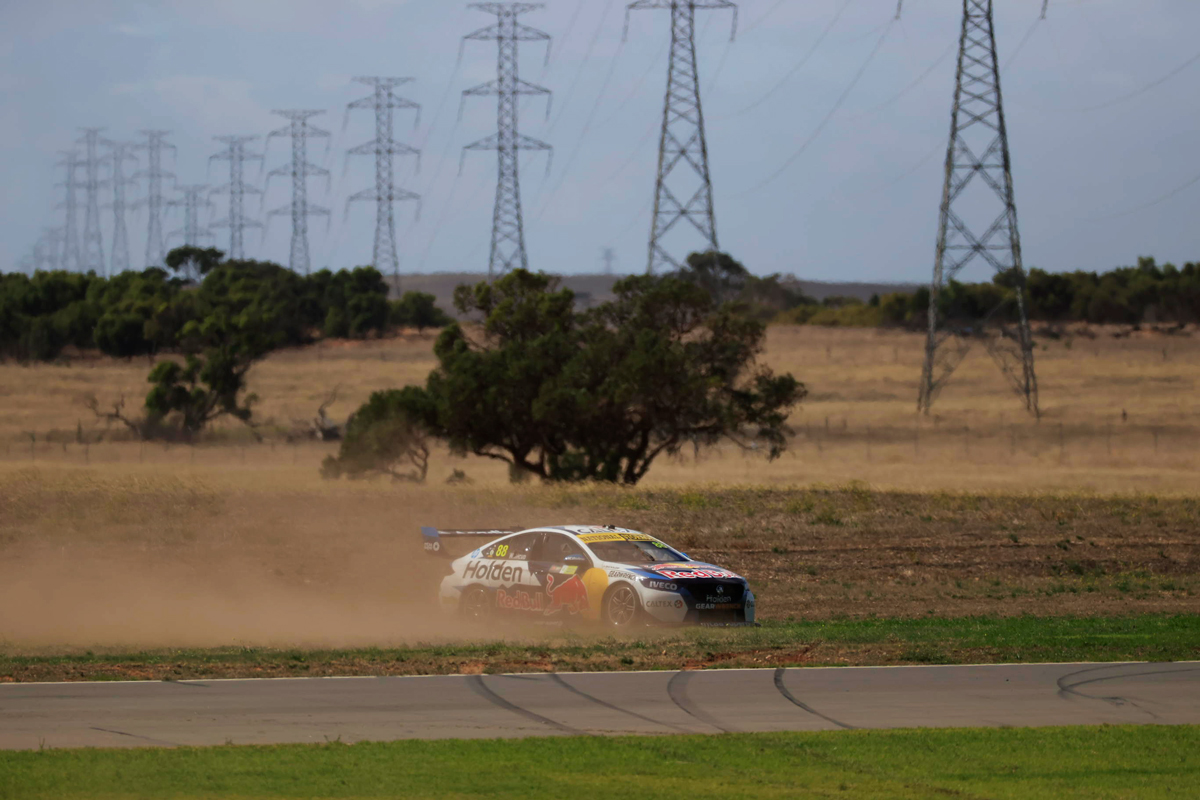 “So far so good, car feels reasonably different from last year with the aero change and shock change,” Whincup reported on his first half of the test.

“It’s slightly affected our balance but that’s what today is all about, trying to get the balance back with the new changes.”

Mark Winterbottom, Jack Le Brocq and 2019 champion Scott McLaughlin also cracked the half-century of laps by the midpoint, the latter sitting just 21st in the times.

At Kelly Racing, “teething issues” have continued for their new Mustang program.

Having arrived into town late as frantic work continued on their two-car preparation for drivers Rick Kelly and Andre Heimgartner, a mechanical issue has resulted in the team only being able to run one car at a time. 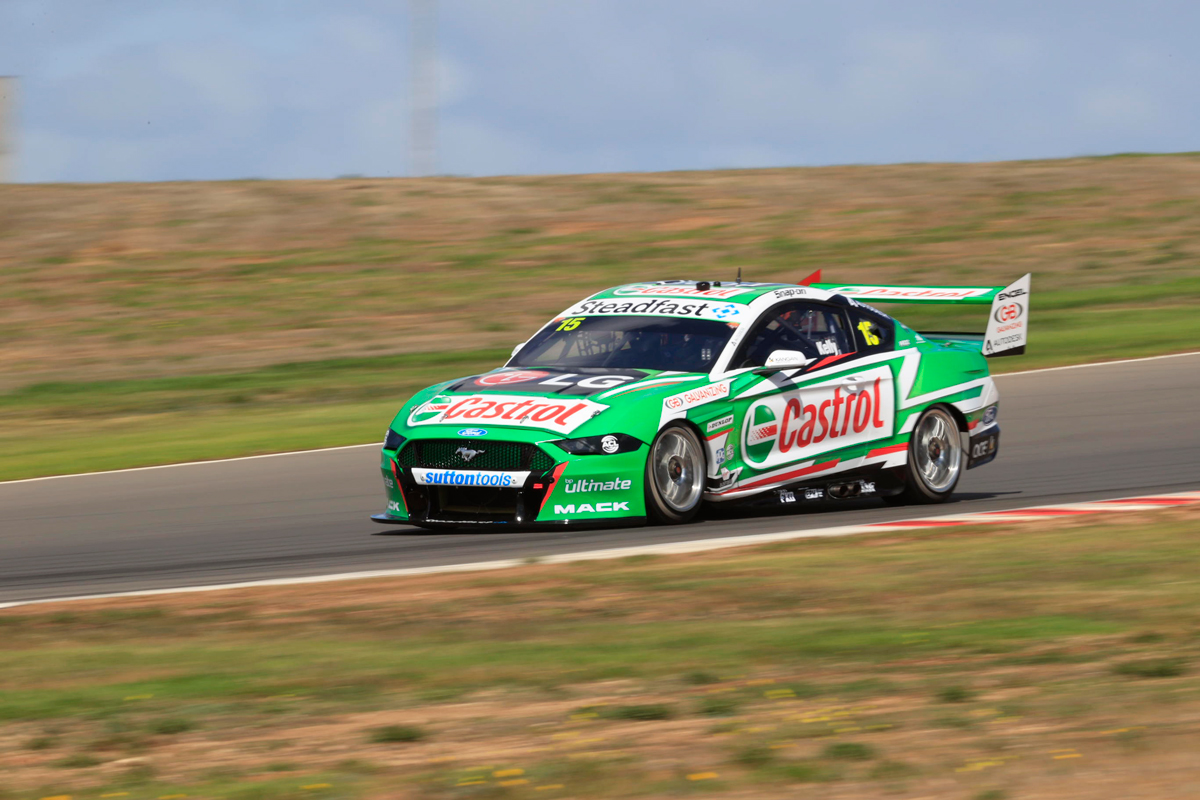 “The guys are reporting the cars feel really good but having a few teething issues mainly with Rick’s car,” the team confirmed on social media.

“One of the coil packs on the engine has died and we haven’t got a spare so we can only run one car at a time.”

Despite that setback, Kelly sits ninth and Heimgartner 13th in promising signs.

Behind van Gisbergen and Waters at the pointy end, Scott Pye, Lee Holdsworth and Nick Percat round out the top five on the official timing.

All 24 cars have set lap times, with Team Sydney’s second car – driven by Chris Pither – the last to hit the track, just before 11am local time.

Several co-drivers are also at the venue to gain valuable miles ahead of the PIRTEK Enduro Cup opener at The Bend in September.