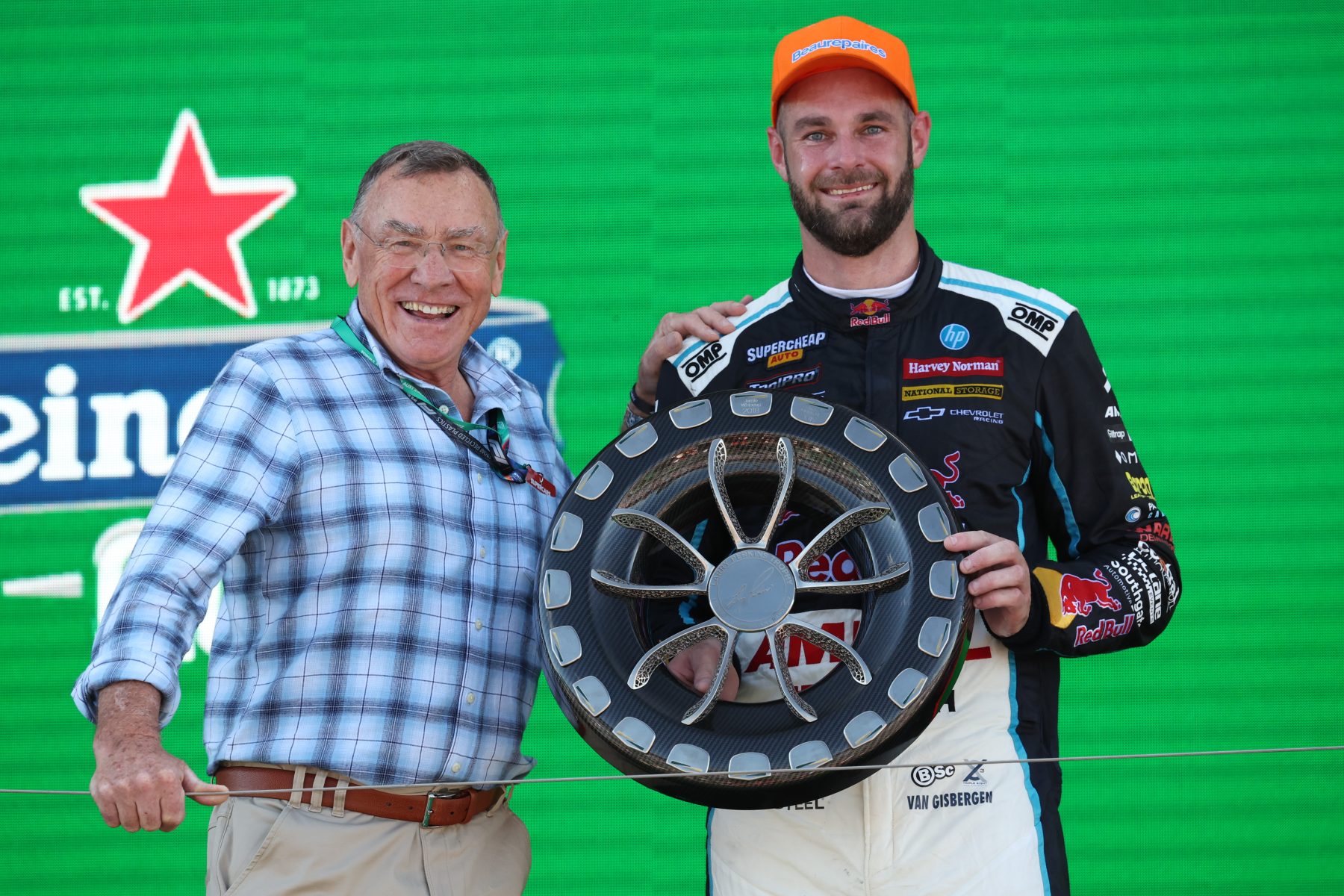 Van Gisbergen had already damaged the tyre with a major lock-up at Turn 9 following his stop.

He would cross the line 20th, but still managed to clinch the Perkins Trophy by 12 points over Mostert.

"I'm pretty gutted about that, I wanted to have a good go there," he said.

"I just made a mistake, locked the tyre, tried to manage it and it let go. 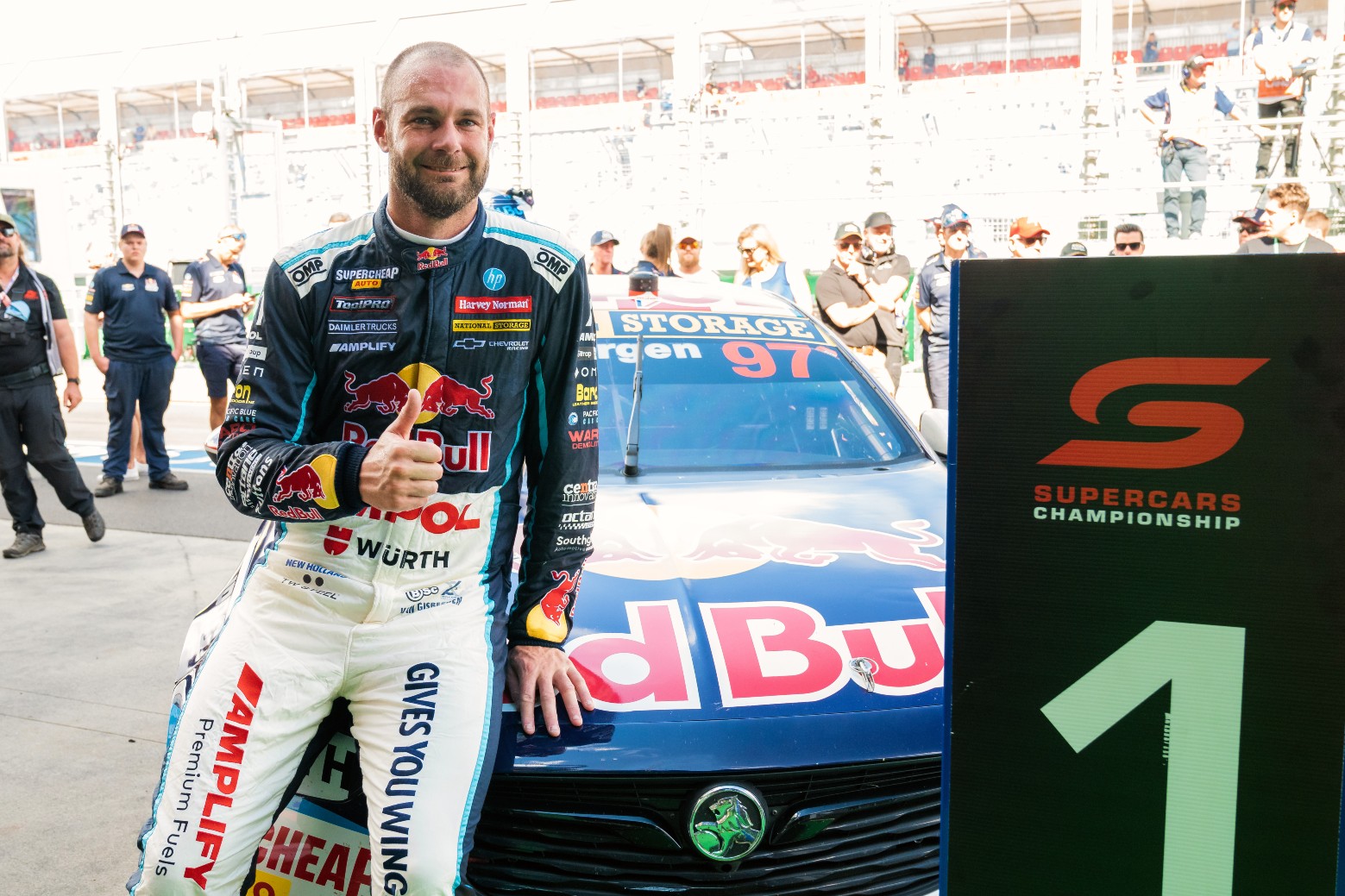 "I was cheered up pretty quick when they said we won overall.

"What a privilege to win that trophy... I just bought a Larry shirt last week, so I'll be wearing it with pride tomorrow."

Van Gisbergen was taken aback to receive the trophy from hero Perkins.

Perkins, a six-time Bathurst winner, has awarded the trophy in his name since 2018.

For van Gisbergen, the trophy was a reminder of the Supercars Hall of Famer's contribution to the sport.

"He's someone I always looked up to," he said.

"The way he performed at Bathurst every year, even if he was having a shocker.

"Even now, seeing all the projects he's involved in and how enthusiastic he still is about it, I love it.

"What a privilege for him to present the trophy."