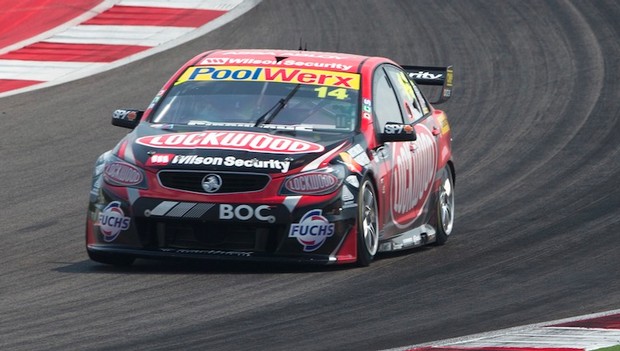 V8 Supercars has formally concluded its agreement with the Circuit of the Americas in Austin, Texas, but Chief Executive Officer James Warburton is confident there will be international races for V8 Supercars in 2016 and beyond.

The contract with COTA has been terminated after one foray in the United States in May 2013, the Austin 400, and while the event was hailed a success at the time, Warburton said when the economics were considered from both sides, the best decision was to terminate.

"We spent a lot of time chasing down 'the American Dream' so to speak," Warburton told v8supercars.com.au.

"We had an existing contract with Circuit of the Americas, we've terminated that contract, so that's off the table.

"We would've got a twin up, (but) we both looked at the economics and agreed it was better just to terminate."

It was reported earlier this year V8 Supercars was looking to 'twin' the event with another race meeting in the US, to justify the huge transit costs. But without COTA, the foundation of the idea is no longer there.

"We've spent a lot of time and effort with America, which is unfortunately a bit wasted. But away we go now in terms of our approach to Asia," Warburton said.

V8 Supercars approached Formula One Management in relation to appearing as a support category overseas, as it does for the Australian Grand Prix, which was ultimately unsuccessful.

"We had promoters wanting us there... but we got knocked back. That's where the focus has been, and now we go back into Asia and some other areas and develop the plan."

While Warburton said there was plenty of discussion around future international showings, he confirmed the 2015 calendar - to be released prior to the Wilson Security Sandown 500, running from September 12-14 -would more than likely just include domestic events, aside from New Zealand.

However, looking into the future, new international events are well on the cards.

"I'm very confident we'll have a very strong strategy in place and we will have at least one international race on the calendar for 2016, and now we can focus on it," Warburton said.

"With the Tassie announcement a couple of weeks ago [Tasmania extending until 2019], that leaves only WA to renew, and we're already in discussions. We've got everything pretty much set for three, to five, to 10 years, depending on the circuits."

Though V8 Supercars has for years acknowledged international expansion as a key goal for the category, Warburton continues to emphasise that everything must be right for an overseas race to be successful, particularly in relation to timezones, cost, and broadcast partners.

"They've got to make sense from a long-term point of view.

"They've got to be in the right timezone for Australian viewers ... and to move the presentation we've got, with the quality we've got, no matter how we look at it, we just can't get away - unless we do an inferior job to what we do - without two 747s.

"If we wanted to compromise the show, we could do something different, but this is not really what we should be about and everyone agrees that's the case.

Additions to the calendar aren't limited to international, though, with one local option continuing to grow stronger.

"Toowoomba is the one that's most likely for 2016," Warburton said.

Dates and formats for 2015 are set to be announced around the next event, the Wilson Security Sandown 500, with a potential inclusion of testing on race weekends.

John Bowe: SMP may have decided this year's Champion

2015 formats to be revealed before Sandown