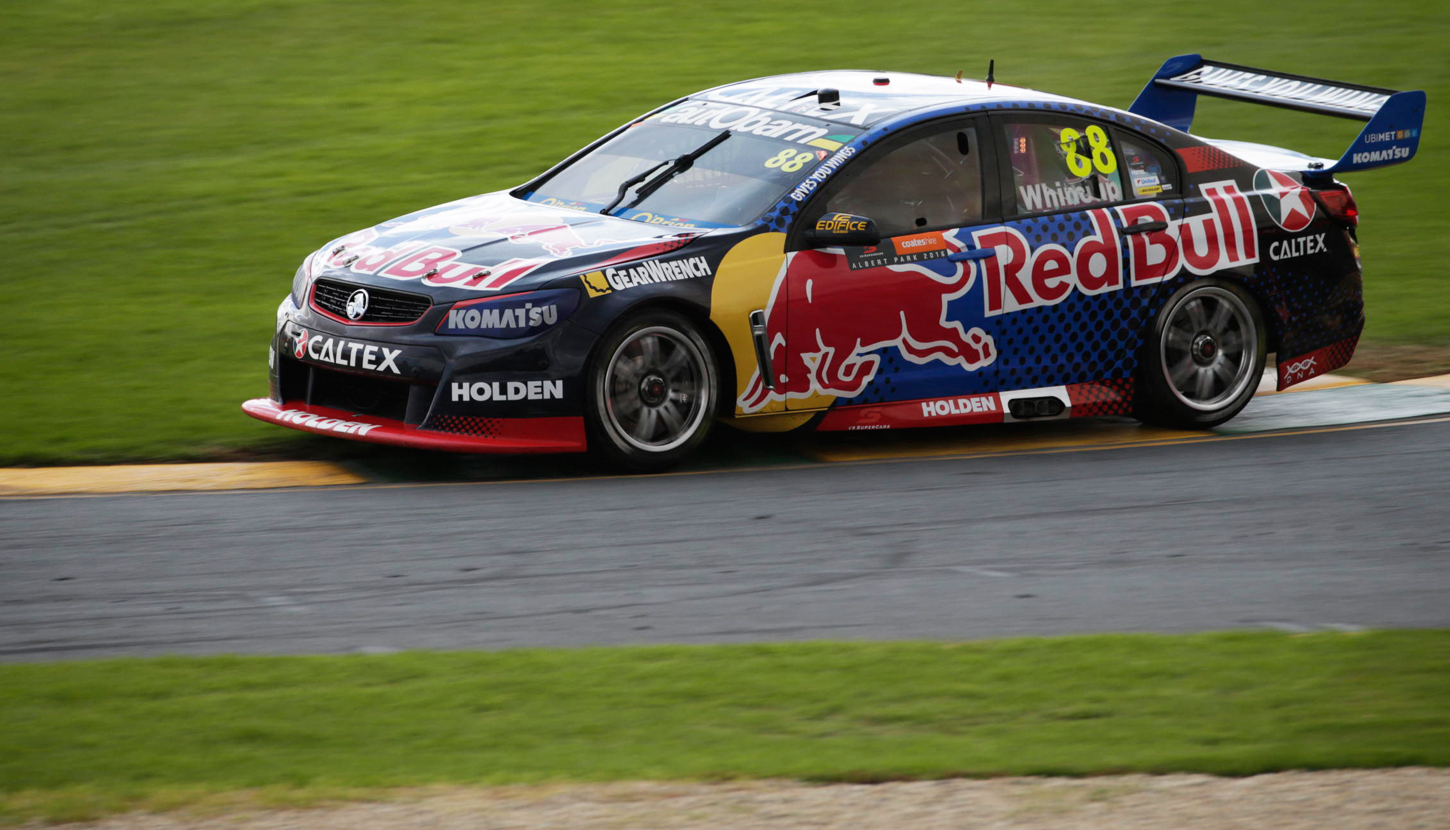 Triple Eight Race Engineering has again filled the podium at the Australian Grand Prix, but it was six-time champ Jamie Whincup who ran away with it in the third race at Albert Park.

Their hard-fought battle allowed Garth Tander to sneak up behind the Commodores on the final lap – but despite Lowndes’ efforts, he couldn’t steal P2 today as he did yesterday.

Rain started sprinkling as the cars prepared to start and by lap three it was falling hard as the V8 Supercars slid around on slicks for a couple of laps.

Unfortunately for Todd Kelly, he didn’t make it that far – his Nissan Altima seemed to have the same issue he has faced in the last two days, spewing smoke on the warm up lap.

There were troubles for Jason Bright and James Moffat, as Cameron Waters was dealt a race-ending pit lane penalty for turning Will Davison around in the tricky conditions.

Lowndes had a good look at getting around van Gisbergen and warned it may have been different had they been racing for points this weekend.

“Car speed was great – the first couple of laps always exciting, we had a little jostle,” Lowndes said.

“We had good pace just hard to pass around here without sticking it up.

“If it was [a championship round] I said to Roland [Dane,boss], maybe it would’ve been a little different… The car is obviously progressing really well, we’ve made leaps and bounds since Clipsal.”

Behind Tander, it was Fabian Coulthard in fifth, with Chaz Mostert and James Courtney following.

Champion Mark Winterbottom was 11th after an incident yesterday forced him to fight through the pack.

Combined points will determine the grid for tomorrow’s final race at Albert Park.