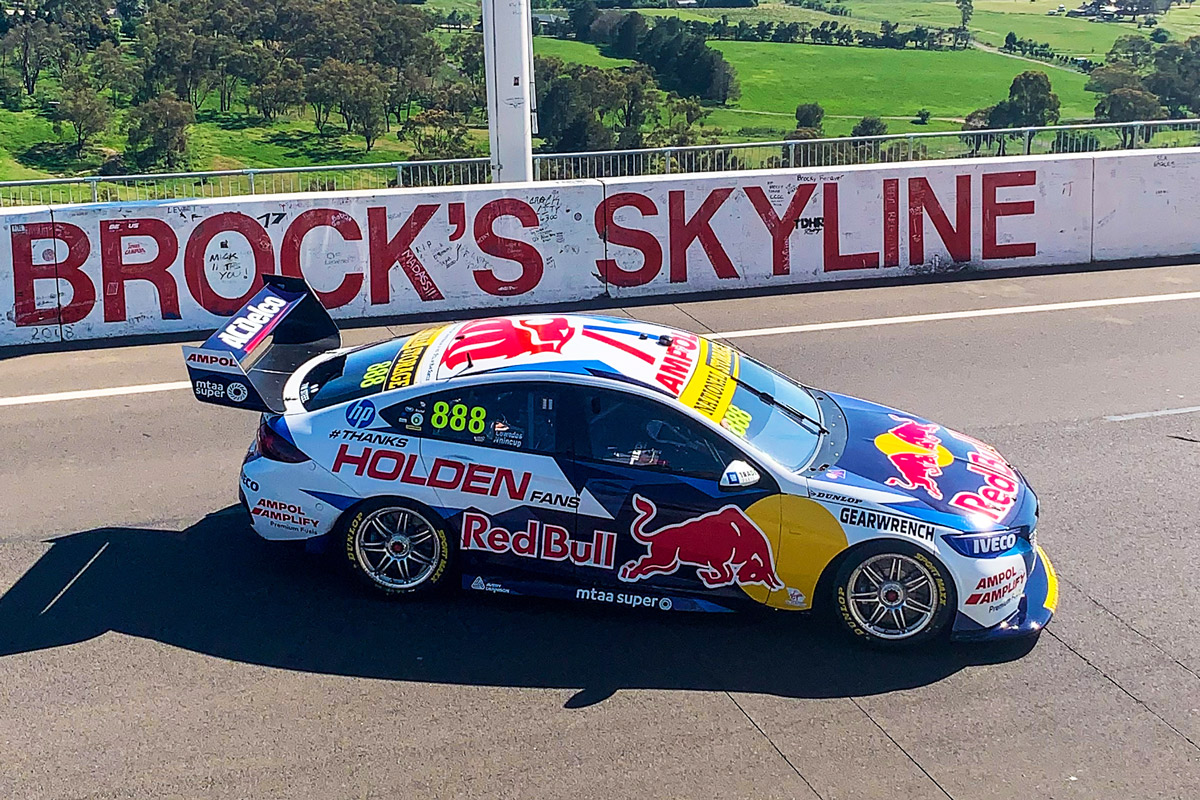 The Red Bull Holden Racing Team has unveiled a tweaked livery for the Supercheap Auto Bathurst 1000, making a point of thanking fans.

While not a drastic change like the retro livery the team ran in the 2019 Great Race, there is the notable addition of the hashtag #ThanksHoldenFans to the side of both cars, with ‘Holden’ standing out written in red.

The reveal took place this morning at Brock’s Skyline at the top of the Mountain.

It’s part of the celebration that comes with the Triple Eight organisation’s final race as the factory Holden team.

Triple Eight had taken over that status in 2017 from the Walkinshaw squad.

General Motors announced earlier this year that the Holden brand would be shut down by 2021, meaning next season will be the first in more than five decades without factory presence from the proverbial Red Lion.

ZB Commodores will however continue to make up a big part of the Supercars field in 2021, before a new wave of cars are ushered in the following year as part of the incoming Gen3 regulations. 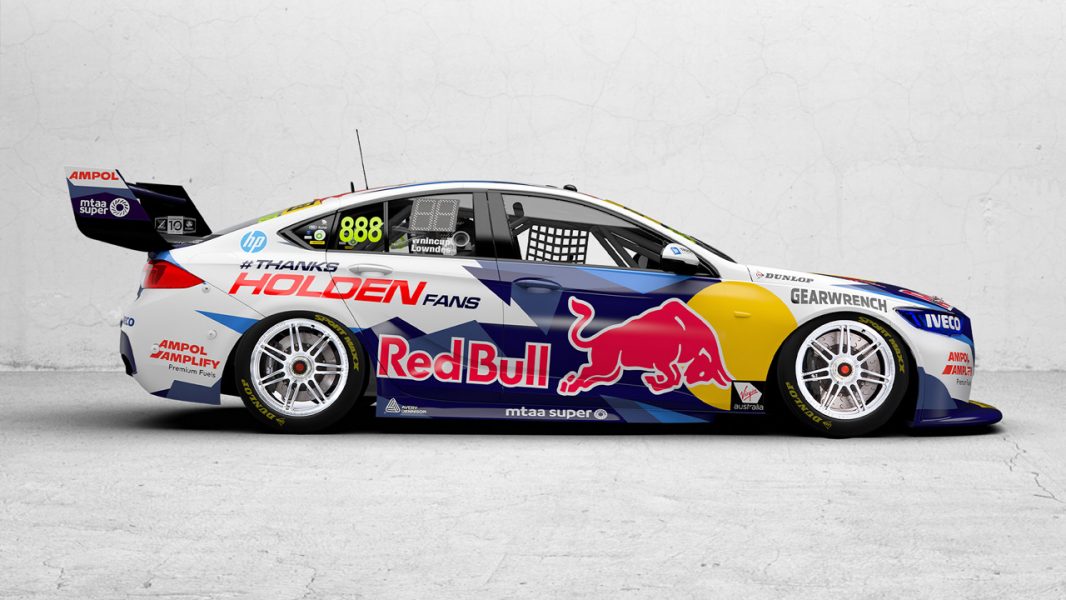 It was just two years ago that Triple Eight last conquered the Mountain via Craig Lowndes and Steven Richards.

Lowndes will team up with Jamie Whincup in the #888 entry, having won the event three times together between 2006-08.

Shane van Gisbergen and Garth Tander will be behind the wheel of the #97 Holden, looking to go one better than their runner-up finish last year to Scott McLaughlin and Alex Premat.

Triple Eight trail DJR Team Penske by 100 points in the teams’ championship, with up to 576 points available for the top two cars at the Bathurst finale.

Supercars will hit the track for the first time tomorrow at 9:30am local time.