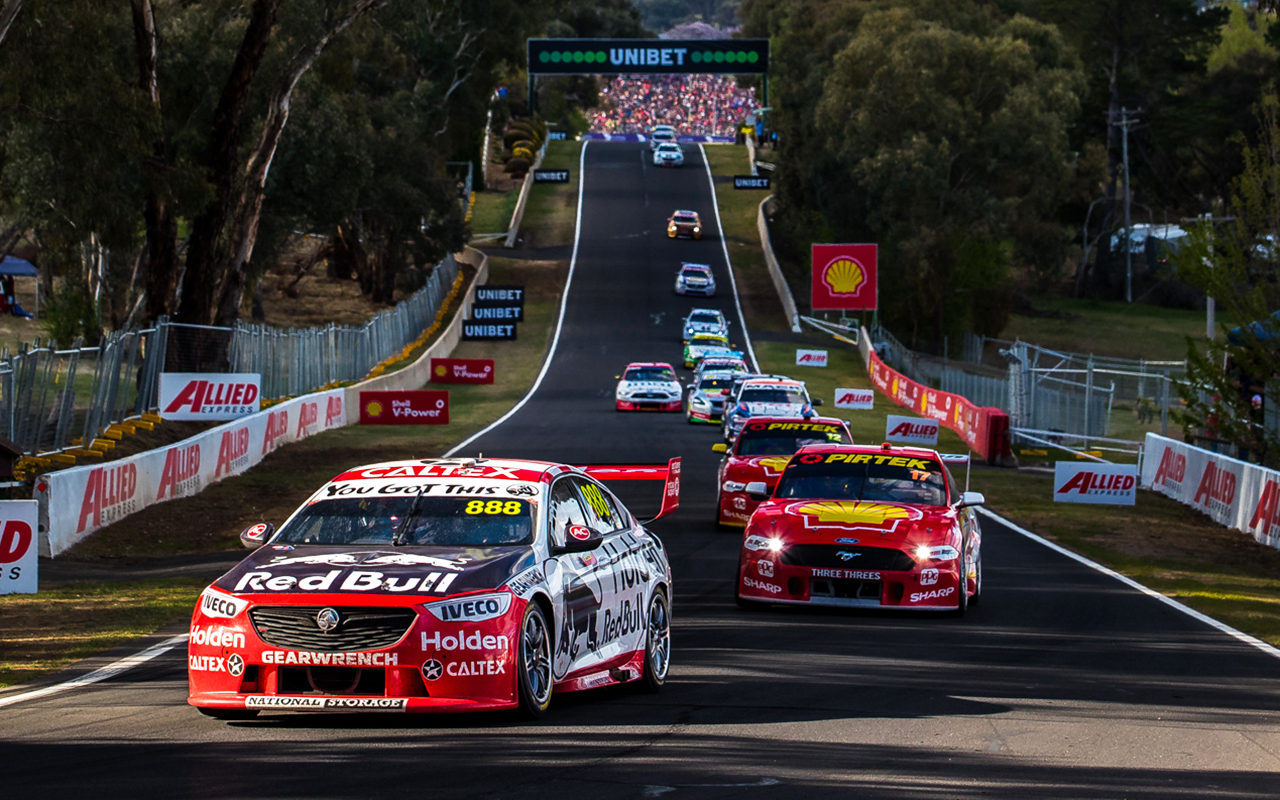 The all-star pairing of Whincup and Craig Lowndes was a contender throughout the day, fighting eventual winners Scott McLaughlin/Alex Premat for much of the going.

Although falling behind with a pair of Lowndes mistakes just prior to handing over to Whincup on lap 98, the #888 then jumped McLaughlin in the pits on lap 113 of 161.

Whincup stayed ahead of the Mustang through the next round of stops on lap 135 – both benefitting from Fabian Coulthard holding the pack at bay when the Safety Car was called.

After the restart, Whincup was initially saving fuel, running in the 2:08s and 2:07s, before the decision was made to commit to the extra stop with around 20 laps to go.

Whincup soon dipped into the 2:06s and 2:05s, pulling away from McLaughlin, who continued to fuel-save.

With the help of two late Safety Cars, McLaughlin held on to win, while Whincup pitted under the first of those yellows on lap 151 and rejoined fourth, where he’d finish.

“We’ll obviously review, [but] I think we should have made [the commitment to the extra stop] earlier,” said Dutton.

“The time we lost not making it earlier - and that's a collective, we're a team making these decisions together - means that there’s a chance we would have come in, pitted and got back out in the lead and cruised home.

“But it was not to be. Other people may have done things differently if we were in that position as well, so you can never say that’s definitely what would have happened.”

Asked whether they could have made it without the stop, given the Safety Cars, he said: “Because we were the car in the front pushing the air, it’s so hard.

“You’re consuming a lot of extra fuel compared to everyone else. The numbers we had to hit were near-impossible if you were leading at that stage, hence the call.”

Opening a big enough gap to pit under green and rejoin ahead of McLaughlin was instead the aim, but Whincup only built 11 seconds before the yellow-induced stop.

“Hindsight is always 20:20 and [committing to the extra stop] is always the tougher one to do, because you’ve got to make sure you’re making the sort of time to make the green stop.

“You need about a 40-second lead, roughly, and we were doing I think 1.8 faster than McLaughlin at some stage, maybe even more than that, just before the yellows. It was definitely possible.”

The second Red Bull HRT entry of Shane van Gisbergen and Garth Tander finished second despite a number of dramas, including a troublesome door latch and some of the dreaded double-stacking.

Its most high-profile impediment though was Coulthard, with van Gisbergen having been seventh and with roughly a 10 second fuel advantage over the leaders at the time of the ‘go-slow’ on lap 135.

While that appeared to cost the #97 car dearly, the fact van Gisbergen would have had to double-stack behind Whincup anyway somewhat negated the issue.

Others on the #97’s fuel strategy including eventual third-place finishers James Courtney/Jack Perkins and fifth-placed David Reynolds/Luke Youlden therefore appear to have been more heavily affected.

Asked post-race, prior to DJR Team Penske being charged with a team orders rule breach, how costly it’d been for the #97, Dutton said: “We’ll have a look at it, but not very I don’t think.

“But that’s looking at it on the fly. Because you slow down the whole field, not just #97… we need to look at it.”