In a string of controversies surrounding the Red Bull Holden Racing Team at Pukekohe, the most trivial of all stirred some of the most heated reaction.

After defeating title rival Scott McLaughlin in the Saturday race, Shane van Gisbergen parked so close to the Shell Ford in parc ferme that McLaughlin could not exit his car.

As van Gisbergen celebrated victory, McLaughlin banged his drivers’ door into the left-side of the Holden in disgust, before his Falcon was manoeuvred back so he could alight.

A tense post-race press conference followed, in which van Gisbergen claimed it was an error of judgement, while a clearly-aggrieved McLaughlin did his best to shrug it off.

Commentators Mark Skaife and Russel Ingall were among those in no doubt it was a deliberate act, both declaring McLaughlin should have retaliated by ramming his rival.

A day later, winner McLaughlin did not carry through with a Saturday quip suggesting he’d return serve, instead making a point of giving van Gisbergen’s car a wide berth.

Van Gisbergen reflected on Sunday that “the parking mistake turned out to be a big shit fight” and that “I don’t really care; I don’t get into that stuff” in reference to mind games.

“If you want to be technical, Shane parked with the board in the middle of his car,” Dutton explained.

“He parked in the right spot. But you go ‘come on mate, you probably could have paid more attention and looked to your left'.

“If you look at the in-car, he's so pumped and so excited at the end of the race that it wouldn't surprise me if he was oblivious to it.

“We like playing the nice guy as much as we can throughout everything. We spoke about it and said 'come on...'.” 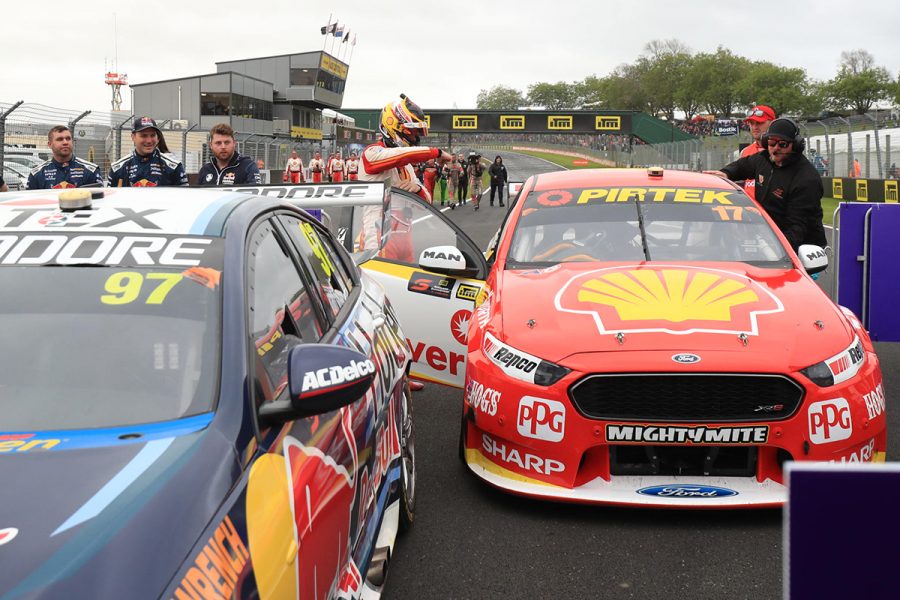 While the scenario stirred a barrage of criticism on social media, Dutton felt it shouldn’t be taken too seriously.

“I think some people saw it as funny,” he said.

“At the end of the day no one was hurt, there was no cost to it... I think sometimes you need to have a sense of humour.

“We do that to each other in the car park, different teams. Everyone gets on in the paddock so well that those kinds of jokes go on all the time.

“Sometimes, maybe, the timing is better than others.”

A win and a second for each driver at Pukekohe means McLaughlin enters Newcastle with the same 14-point advantage that he brought to New Zealand.

McLaughlin is hunting his first Supercars title after a heartbreaking final-round defeat last year, while van Gisbergen’s aiming for a second crown in three years.