The factory Holden squad’s tie-up with the Australian arm of Hewlett-Packard includes signage on its ZB Commodores over the next two events.

In Townsville and at Queensland Raceway, HP will adorn the bonnet of Craig Lowndes’ Autobarn entry, and take on a smaller position on the Red Bull Holdens of Jamie Whincup and Shane van Gisbergen.

HP will act as the team’s ‘official technology supplier’, covering PC infrastructure and software and its data transfer, as well as playing a key role in 3D printing. 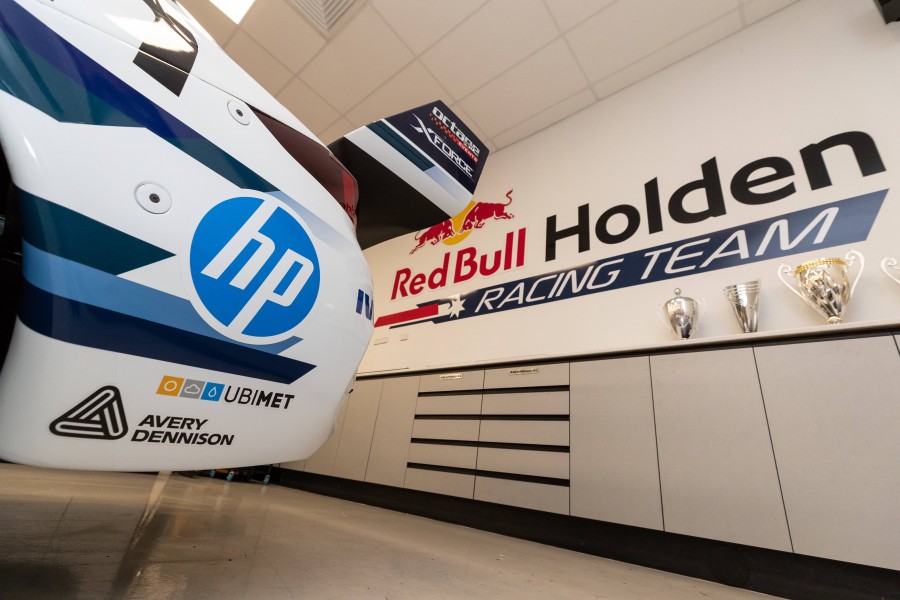 “This collaboration is a huge boost for Triple Eight and the two teams on track,” Triple Eight managing director Roland Dane said.

“As an engineering company, we rely heavily on the information technology systems we utilise to deliver championship results on track.

“We analyse absolutely everything and require the very latest technology to do so.

“Having HP Australia on board will help us take our capabilities to the next level.

“3D printing is transforming our business and how we perform, so to have HP Australia on board is a huge win.

“It’s a technology that’s moving forward so rapidly, HP will help us to keep up to date and at the top of our game.”

The 2016 champion is second in the championship, with Lowndes and Whincup also race winners in fourth and fifth.