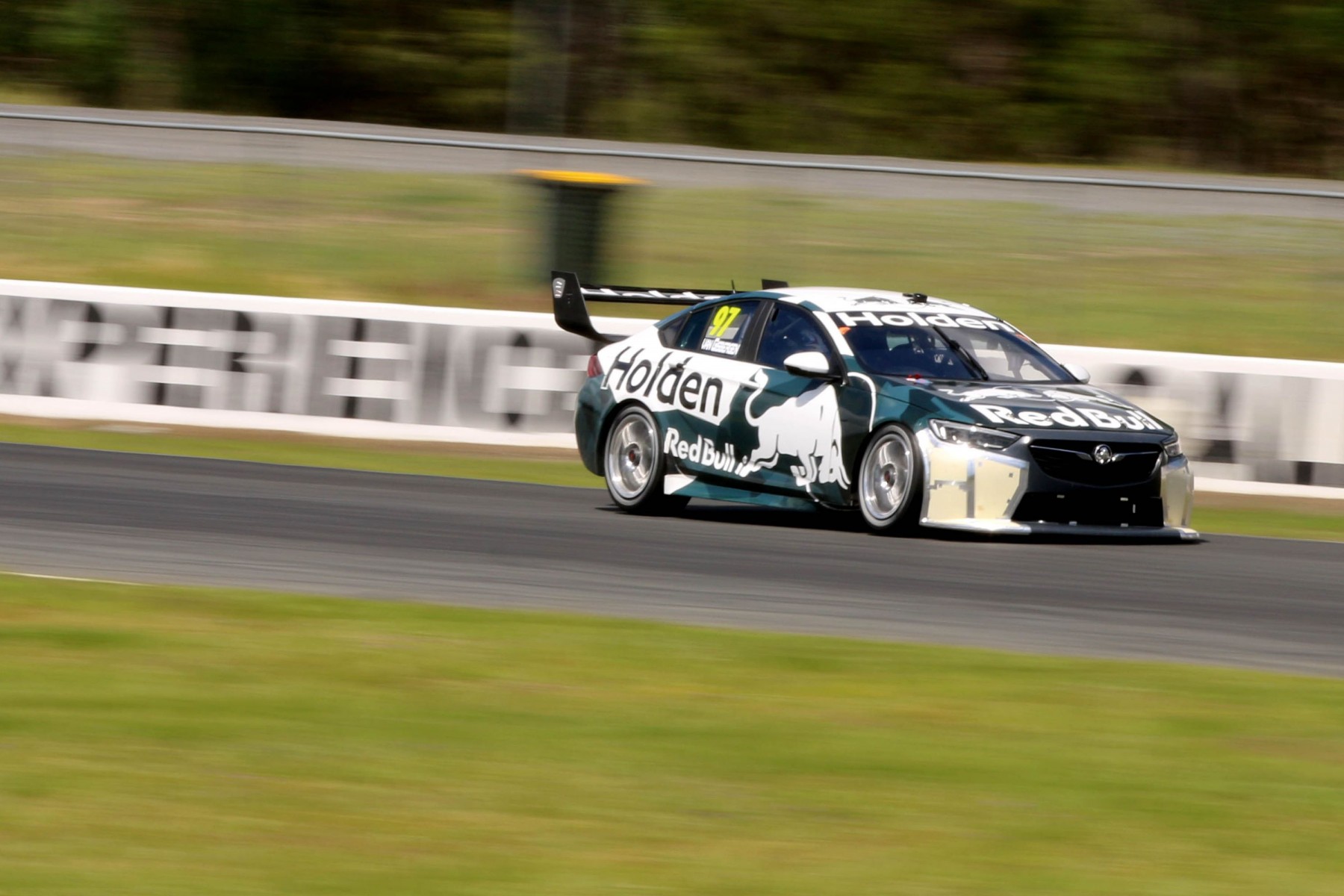 Triple Eight expects Ford and Nissan representatives to try to “make it difficult for us” during aerodynamic homologation testing for the new ZB Commodore, team manager Mark Dutton says.

Straightline running starts today in Victoria to determine the aerodynamic package for the new-for-2018 Holden the factory team has developed.

After breaking cover in a shakedown session with Jamie Whincup behind the wheel at Norwell in September, the ZB’s initial two-day airfield outing was marred by damage that delayed its first scheduled track test.

The private straightline running was eventually completed last month, followed by a full test at Queensland Raceway, where Whincup was joined by Shane van Gisbergen and Craig Lowndes.

It is understood Whincup completed the majority of the laps, with stablemates van Gisbergen and Lowndes used to validate his feedback and the direction of changes.

A Shell V-Power Racing FG X Falcon and Nissan Motorsport L33 Altima - neither package changing in 2018 - will join the ZB for the Supercars-run testing as reference vehicles.

Happy that the car meets Supercars' maximum overall downforce requirements, and that Triple Eight has different ways to do so between the front and rear end, Dutton said its eventual package “totally comes down to” this week’s running.

“We could get a totally different car to what we tested if [the Supercars test] numbers are different to ours,” Dutton said.

“That’s a big task, we’ve got to make sure we do a good job.

“And the challenge with that is they’ll have a Nissan there and a Frenchman (Shell’s Ludo Lacroix) there with a Ford trying to make it difficult for us, because that’s their job.

“They’ll be trying to twist those numbers around to handicap us.

“As I said, that’s their job, we’ve got our boys going down to make sure that doesn’t happen.” 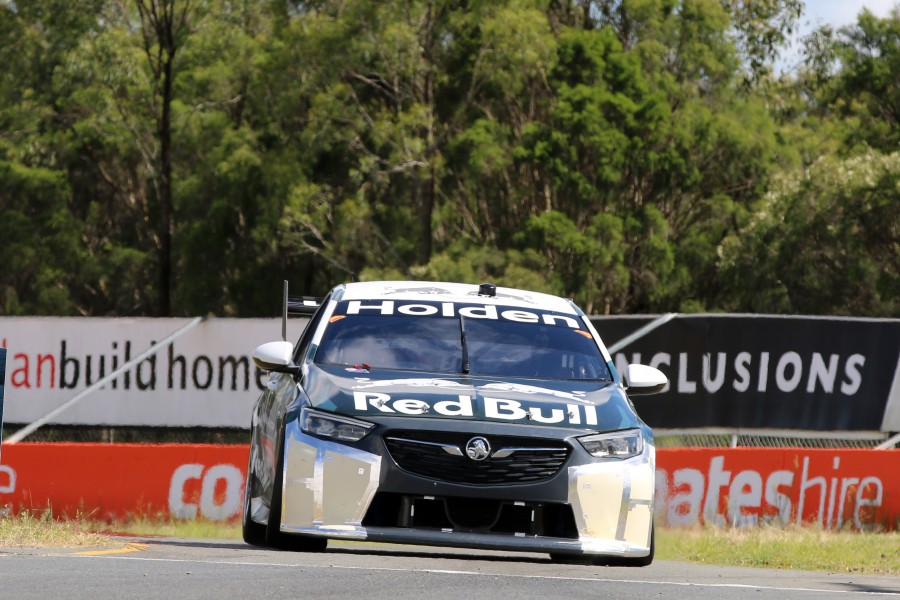 Triple Eight’s ZB efforts have come in a year it has taken Whincup to a seventh Supercars championship, and worked extensively on the twin-turbo V6 that made its public debut at Bathurst in October.

Dutton said he’s proud of how his team has prepared the ZB for the test.

“Our guys have done a fantastic job. We set the bar really high for ourselves, on how we wanted to present a car to the official aero test.

“We wanted to have changeable options that if they told us we’ve got too much or too little [downforce] or more drag, et cetera.

“We’ve got a full range of options to tune the car. It depends what their numbers say.

“At our aero test, our test days, we’re very confident that our number [is right]. 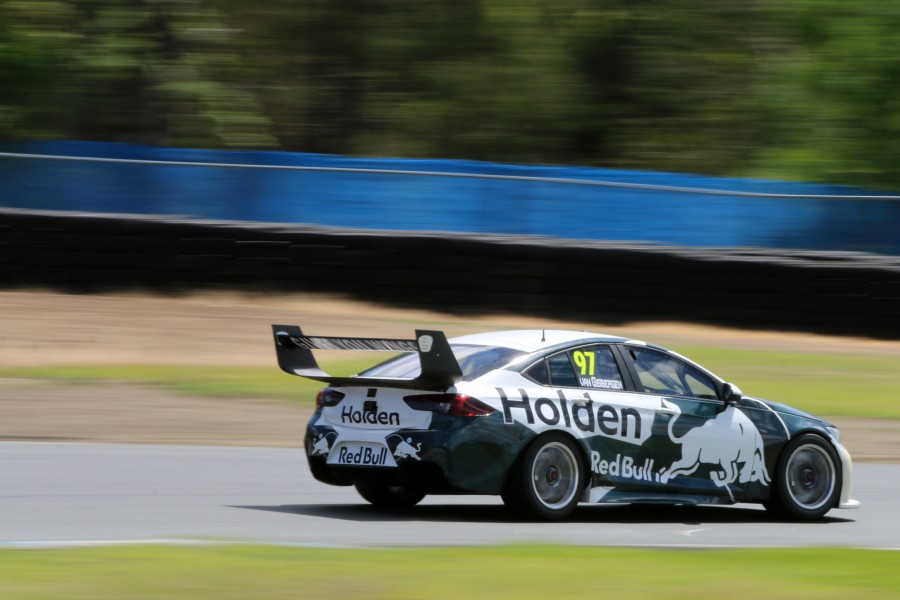 During his time with Triple Eight, Lacroix led the development of the VF Commodore, which debuted in 2013, and its aerodynamic revision two years later.

Whincup, van Gisbergen and Lowndes won 73 championship races and four titles in the VF with Triple Eight across the last five seasons.

“It’ll be interesting to see just how it behaves,” Dutton said of racing with the ZB in 2018.

“We’ve been doing straightline testing, we’ve had one day when we got to turn corners, but it isn’t a lot.

“You really hope you’re doing the right things, the initial things look like the team has done a good thing with it.

“It won’t be until next year that you really know how strong you are, or how much work you’ve got to do.”