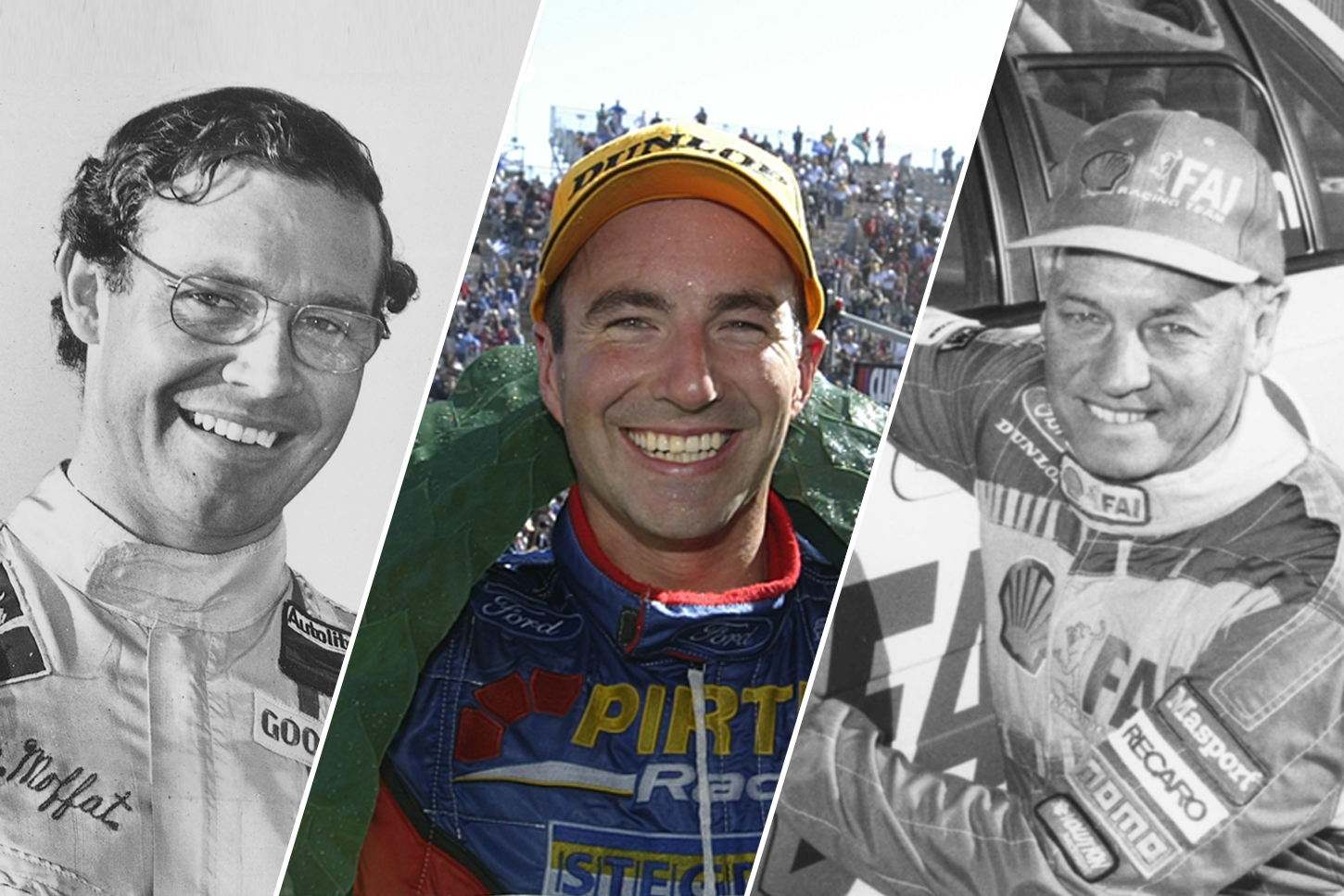 A whole host of drivers have contributed to the Falcon’s success on Australian racetracks over the past six decades.

Ahead of the nameplate’s final shot at Great Race glory, Supercars.com ranks the top 10 drivers to have flown the Falcon flag.

A Ford favourite in the 1960s and early ‘70s, the bulk of Geoghegan’s successes – including his five ATCC titles – were aboard Cortinas and Mustangs.

Ian had come close to Great Race glory in 1967 alongside brother Leo – taking the chequered flag as winners, only to be classified second due to lap-scoring confusion.

Geoghegan’s time in the ATCC also included two years of toil in the XY ‘Super Falcon’, beating Moffat’s Mustang in a famous duel at Bathurst in Easter 1972. 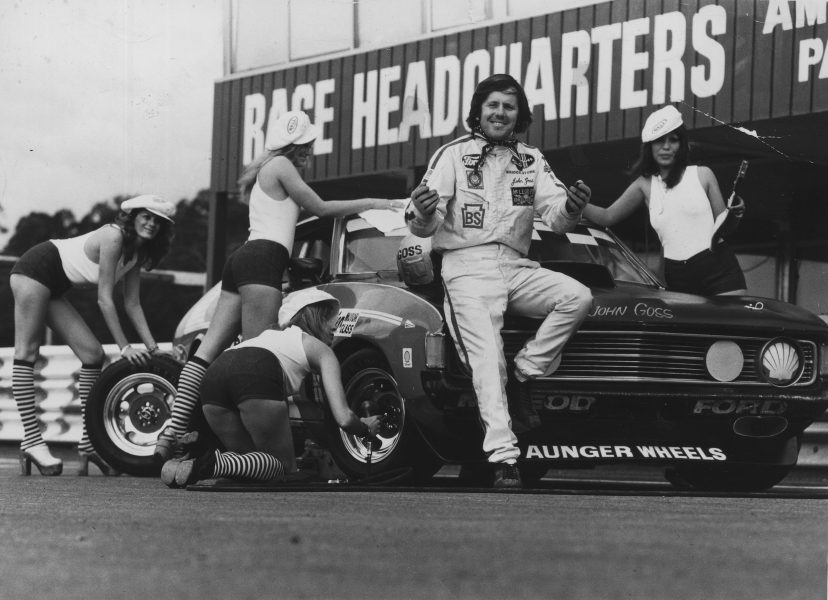 A flamboyant privateer, Goss’ against-the-odds Bathurst win in 1974 aboard an XA Falcon underpins his place on this list.

It came among a strong era for the perennial battler and his Falcon efforts, which had included leading much of the 1973 Great Race before suffering engine failure.

His Falcon exploits also included winning the 1972 Sandown enduro in an XY – a car which he also used to take out that year’s South Pacific Touring Car title. 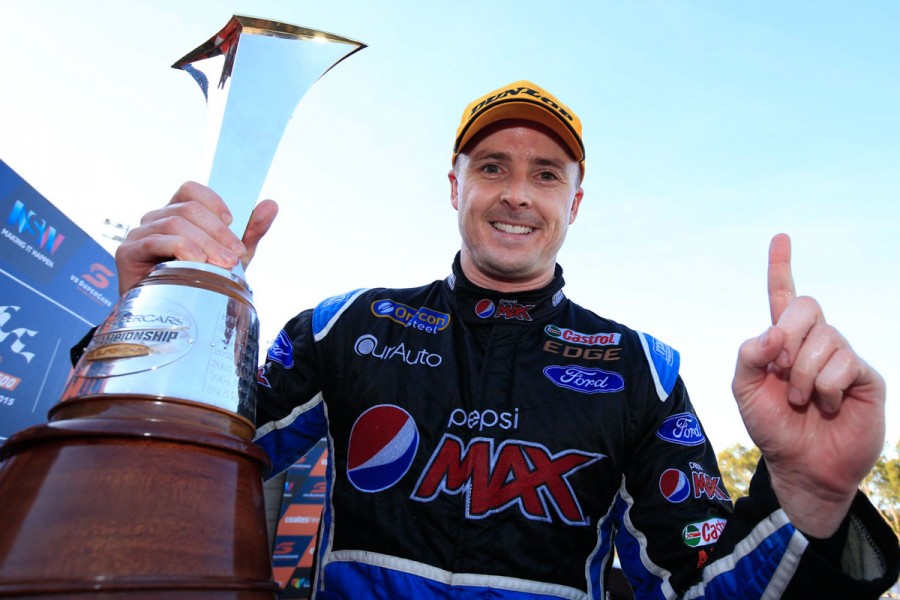 In an era of rapid-fire driver movement between teams, Winterbottom has epitomised brand loyalty, endearing him greatly to Blue Oval fans.

Every one of his 463 Supercars starts has come in Falcons, with early outings for Stone Brothers Racing and Larkham Motorsport before joining Tickford Racing in 2006.

A nearly-man for so long against the might of Triple Eight, Winterbottom finally took out a Bathurst win in 2013 – holding off arch-rival Jamie Whincup – and a championship in ’15.

Originally a product of Ford’s Kartstars talent program, he is the only driver to have won both the Super2 Series and main game titles – achieving both in Falcons. 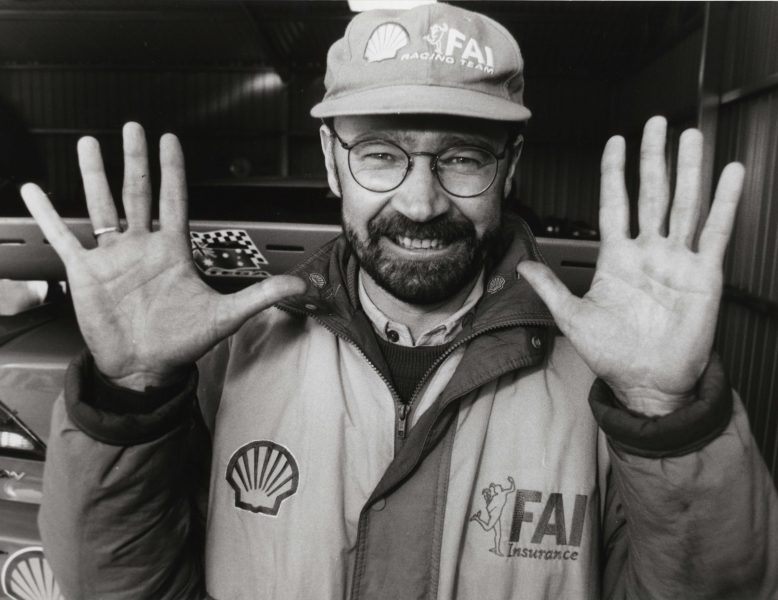 Already well established at Dick Johnson Racing when the Falcon returned to competition in 1993, Bowe was one of Ford’s leading stars through the rest of the decade.

Winning the Sandown/Bathurst double alongside Johnson in 1994, the ATCC title in ’95 and a second Sandown in that same year established Bowe as a Falcon legend.

He finished in the top six of the ATCC aboard Falcons each year from 1993-98, taking the only Ford round win of the year in the last of those seasons.

Although results waned after leaving DJR at the end of 1998, Bowe continued aboard Falcons, driving for PAE/Briggs Motorsport, Brad Jones Racing and Paul Cruickshank Racing. 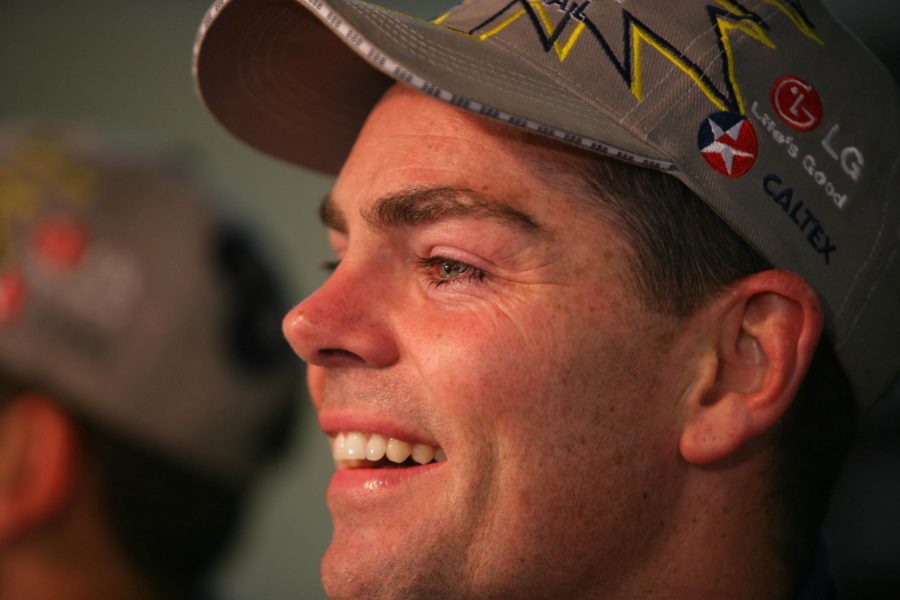 Lowndes’ defection from Holden to Ford in 2001 marked a big play from the Blue Oval to reinvigorate Falcon’s status on the track and in the showrooms.

He spent nine seasons in Falcons and, while occasional victories raised hopes, the early years with Gibson, 00 Motorsport and Ford Performance Racing largely failed to fire.

Joining Triple Eight in 2005, however, changed all that, Lowndes leading its Falcons to three straight Bathurst wins from ’06.

Lowndes narrowly missed out on winning a title in a Falcon – finishing second in 2005 and ’06 and third in ’07 – before Triple Eight moved to Holden in 2010. 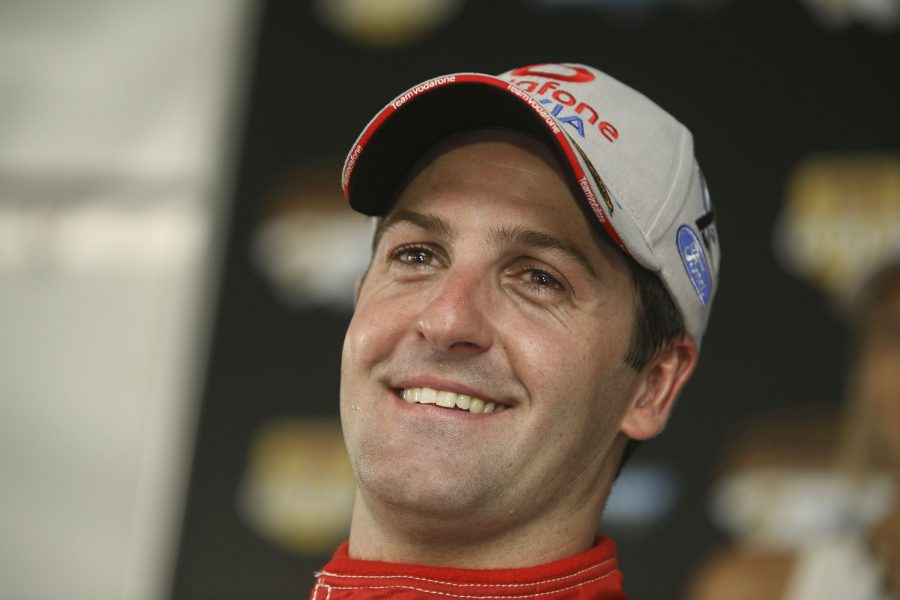 Like Lowndes, Whincup’s success in Commodores may make him a controversial inclusion on this list, but his contribution to Falcon’s winning record is undeniable.

Winning on his Falcon debut with Triple Eight at the 2006 Adelaide 500, he deftly co-drove to Bathurst glory with Lowndes during his first three Great Race starts in Fords.

Only narrowly missing out on the 2007 title, Whincup drove a BF to the championship in ’08, before backing it up with the new FG in ’09.

He’s subsequently won five more titles in Triple Eight Commodores after Ford’s withdrawal of support for the team triggered its switch of manufacturers. 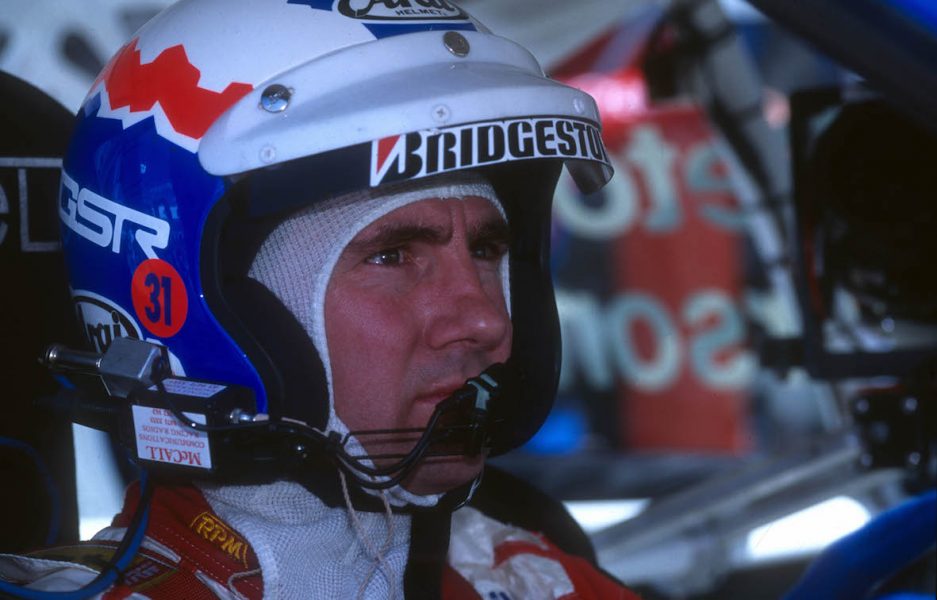 Like Bowe, Seton was at the peak of his powers when the Falcon rejoined the Australian touring car scene for 1993.

His two ATCC titles were distinctly different – the first part of a two-car, cigarette-money backed juggernaut, and the second a single-car triumph against better-funded squads.

Both, however, were with his own Glenn Seton Racing squad, leaving him as the last owner-driver to win the ATCC, and ensuring a place towards the pointy end of this list.

Sadly for Seton, he never cracked it for a Bathurst win, falling nine laps short with engine failure in 1995, and finishing on the podium in Falcons in 2003, ’04 and ’06. 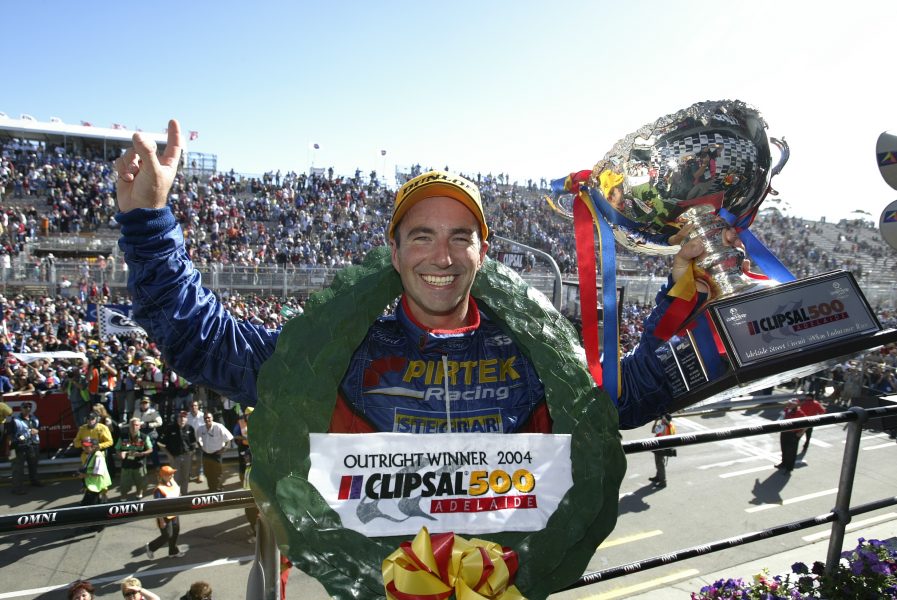 While Lowndes was meant to be Ford’s new star in 2001, he was upstaged by the relatively unheralded Ambrose, who made on-the-rise team Stone Brothers Racing his own.

Ambrose and SBR pounced when the BA came online in 2003, winning back-to-back championships, ending a run of five-straight for the Holden Racing Team.

Although failing to win at Bathurst, he left his impression on the Mountain, with a pole on debut in 2001, and a fiery exit in 2005 before heading to NASCAR.

A comeback with Team Penske in 2015 was quickly aborted, but a Top 10 Shootout berth in Adelaide showed he still had the skill, if not the desire, to compete. 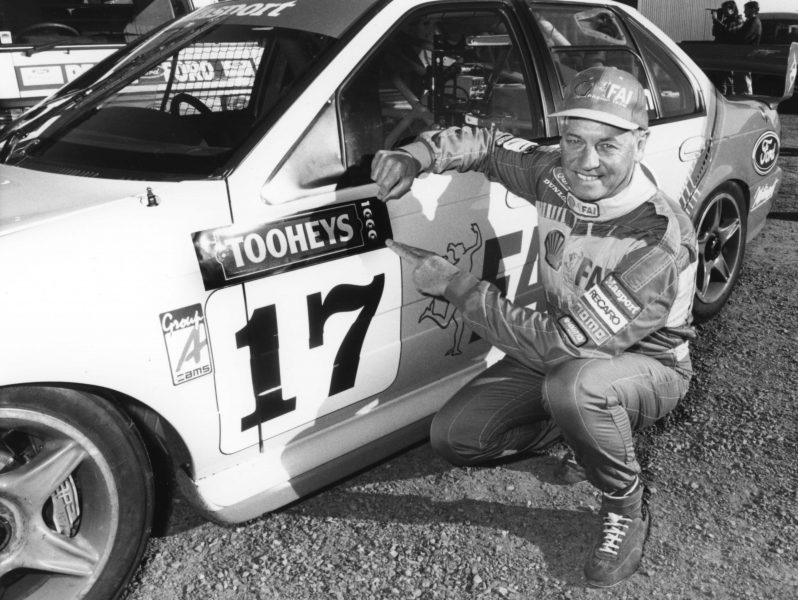 Many of the most iconic Falcon racecars have come with #17 on their doors and Johnson in the driver’s seat.

But the Johnson/Falcon legend is so much more than that, from the rock at Bathurst in 1980 with Tru-Blu, to Greens’-Tuf meeting the trees in Hardies Heroes in ’83.

It’s an ongoing story too, with Johnson’s team remaining loyal to Ford through lean years, and now gunning for final Falcon Bathurst and title wins before moving to the Mustang. 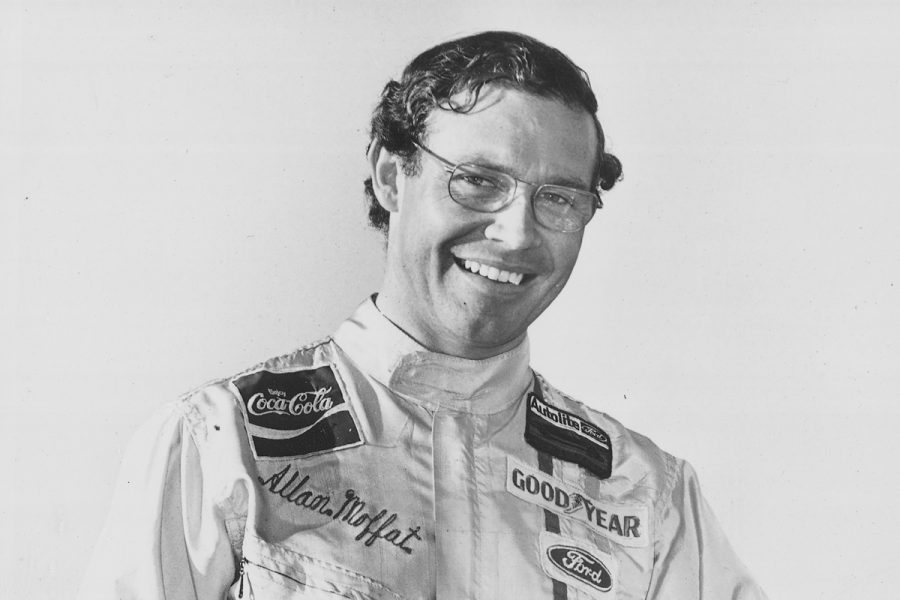 When it comes to racetrack success, no driver has contributed more to the Falcon story than Moffat.

The cars were legendary – the GT-HOs of the early 1970s, and the succession of two-door hardtops that followed.

In all there were three ATCC titles, four Bathurst wins and three Sandown victories aboard Falcons in an eight-year stretch.

Capped by the Bathurst one-two finish for his Moffat Ford Dealers XCs in 1977 – the only time such a feat has been achieved by Falcon team cars – Moffat’s place is undeniable.