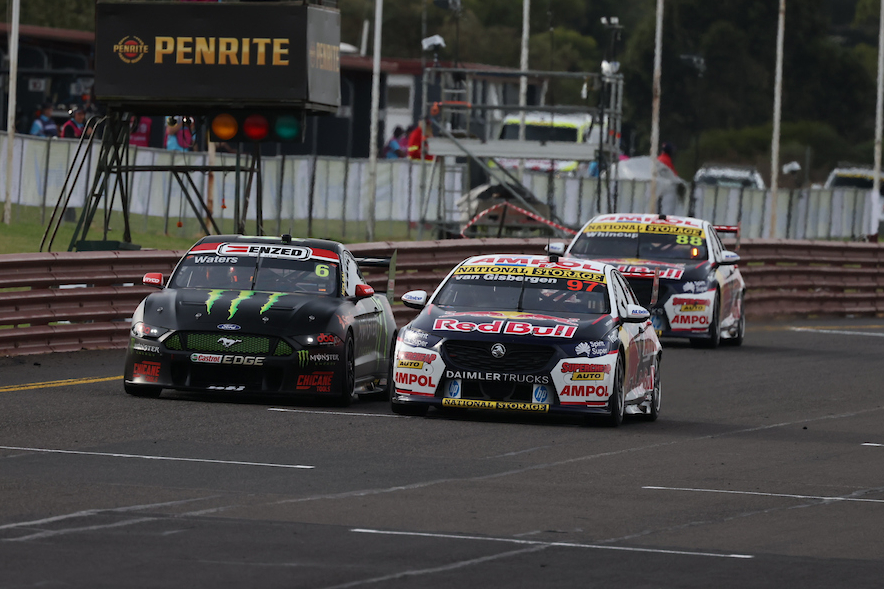 The return to Victoria saw some brilliant Supercars action, with the Penrite Oil Sandown SuperSprint playing host to a remarkable spectacle.

While one driver took home the spoils in all three sprints, there was no shortage on on-track drama, right from the get-go in practice.

Shane van Gisbergen’s 17th-to-first victory in Race 3 will go down as one of the great performances, and looking through the action, it’s easy to see why.

Supercars.com has listed the most dramatic moments from the second event of the 2021 Repco Supercars Championship.

Fullwood backs it in

Bryce Fullwood was a victim of the debris being dragged onto the circuit at Turn 4, with the Walkinshaw Andretti United young gun narrowly avoiding disaster early in the weekend.

Any one of four drivers could have taken the lead into Turn 1 on Saturday, with Mark Winterbottom almost grabbing top spot after launching from the second row.

Will Davison’s Race 3 result was ruined after contact with Nick Percat saw the #17 Shell V-Power Racing Team Mustang luanch through the Turn 2-3 runoff. Davison was consigned to 22nd after he was forced into the lane with overheating issues.

Chaz Mostert’s early stop left him vulnerable to those behind on fresher rubber, and Cameron Waters’ bold move at Turn 1 saw van Gisbergen pounce at Turn 2 to claim second.

Dramatic battle for the win

Waters was hounded by van Gisbergen from there, with the championship leader making the move stick at Turn 1 to begin the final lap.

Kostecki slides off at Turn 1

A stuck throttle forced the #34 Matt Stone Racing entry into the Turn 1 sandtrap at high speed as rain lashed Sandown on Sunday morning.

He may have clinched both poles on Sunday in the wet, but it wasn’t all smooth sailing for van Gisbergen, who escaped a hairy moment across the Turn 3 kerb.

The inclement weather remained for the start of Race 4, with the field navigating a slippery opening lap, with Mostert fighting to the front.

Mostert and Waters at it again

Chasing Waters for second later in the race, Mostert tapped the #6 Monster Energy Mustang into a spin at Turn 1, with the redress attempt allowing Andre Heimgartner to take advantage.

Davison aquaplanes in the wet

Davison escaped another dicey moment in the Turn 2-3 section, finishing an impressive fifth following an aquaplaning scare early in the race.

An honourable mention and an unofficial No. 12 in our countdown is van Gisbergen, who despite suffering collarbone and rib pain, executed some Sunday burnouts despite the wet conditions.