This summer’s two-year shift in Supercars 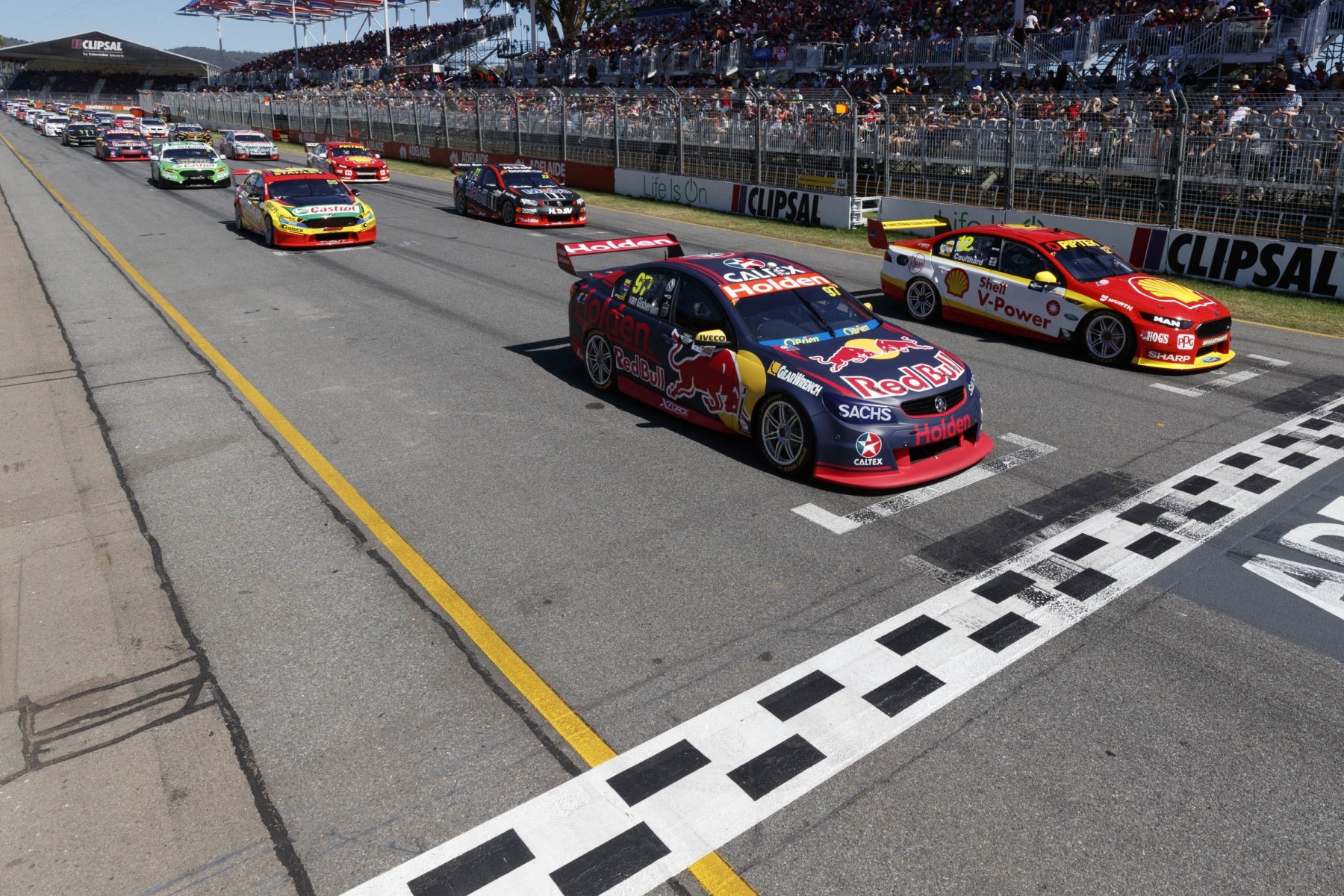 The average age of Virgin Australia Supercars Championship drivers is dropping by more than two years this summer, amid a significant generational shift.

Five rookies will make their full-time Supercars debuts in the Adelaide 500 in March, replacing the likes of Bathurst winners Jason Bright and Todd Kelly, who retired at the end of 2017 aged 44 and 38 respectively.

Three of those rookies - James Golding, Todd Hazelwood and Anton De Pasquale - will be 22 years old, along with Andre Heimgartner, who returns after one season away to replace Kelly.

On March 3 and the first leg of the Adelaide 500, that will be 30 years, eight months and seven days, a reduction of two years, five months and 13 days.

Garry Rogers Motorsport’s Golding turns 22 on January 19 and will be the youngest driver on the grid, aged 22 years, one month and 12 days.

That role was filled by Lucas Dumbrell Motorsport’s Alex Rullo at just 16 years, eight months and 17 days at the start of the 2017 season.

With Rullo on the grid, the average age for the 2017 season opener was 32 years and 26 days, an average of one year, four months and 19 days older than the group of drivers lining up this year.

Rullo’s late-season LDM exit left Cameron Waters as the youngest driver on the grid in Newcastle at 23 years, three months and 23 days.

Of the other rookies in the 2018 field, to-be-announced Tekno Autosports driver Jack Le Brocq will be 25 years, seven months and 24 days old and Tickford Racing’s Richie Stanaway at 26 years, three months and seven days. 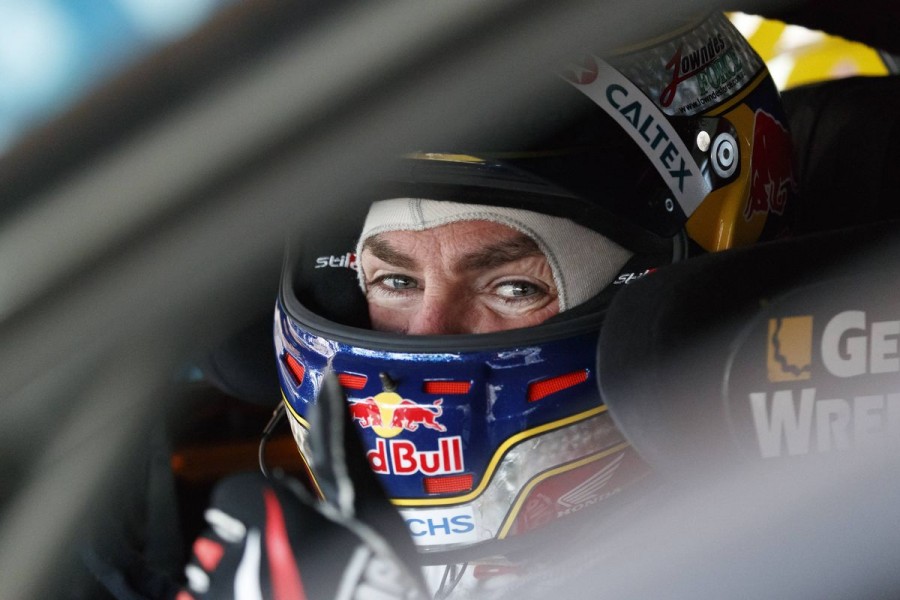 At the other end of the spectrum…

Craig Lowndes will take the overall mantle at 43 years, eight months and 10 days in the first race for the rebranded Autobarn Lowndes Racing, his maiden Supercars title coming in the year of Golding’s birth, 1996.

James Moffat and Dale Wood have, like Bright and Kelly, left the full-time grid, aged 33 and 34 respectively.

That means the 2017 field of 26 drivers will be split evenly between 13 yet to turn 30 and 13 who have passed that milestone, until Simona De Silvestro and Nick Percat turn 30 in September. 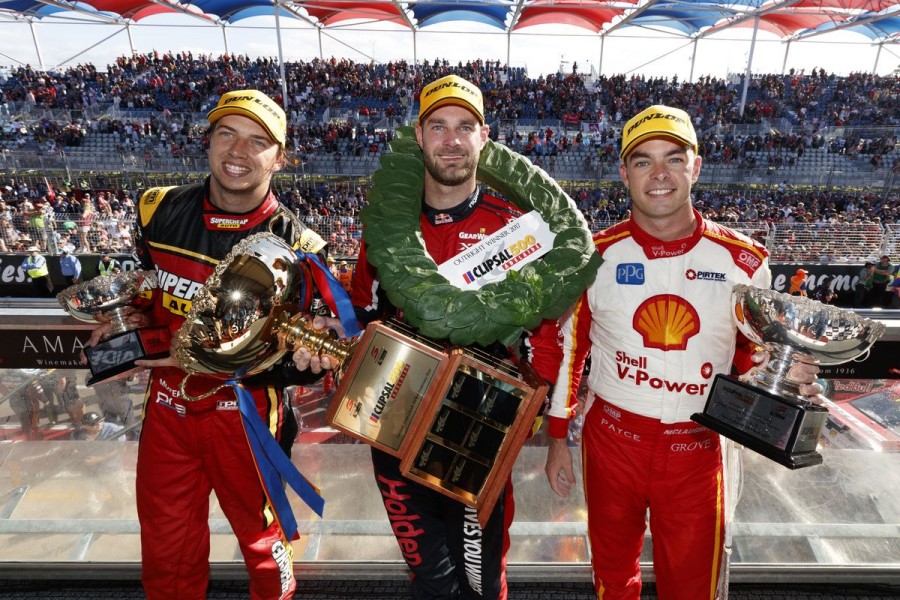 Could podium barriers be reset?

On the weekend he was fighting for the title in Newcastle last year, Scott McLaughlin was the second-youngest driver in the field at 24 years, five months and 16 days.

Much earlier in the year, he helped create the fifth-youngest Supercars podium in the modern era.

In Race 2 in Adelaide, the trio of Shane van Gisbergen, McLaughlin and Chaz Mostert had an average age of 25 years, five months and 21 days.

Two podiums with the same three drivers at Queensland Raceway in August then slotted into 10th and 11th on the list of nearly 400 documented since 2001.

The outright youngest was the second leg in Adelaide in 2006, when Triple Eight debutant Jamie Whincup led home Todd and Rick Kelly for an average of 24 years, three months and five days.

Breaking that would almost certainly require McLaughlin and/or Waters to be joined by one or more of Golding, Hazelwood, De Pasquale or Heimgartner.