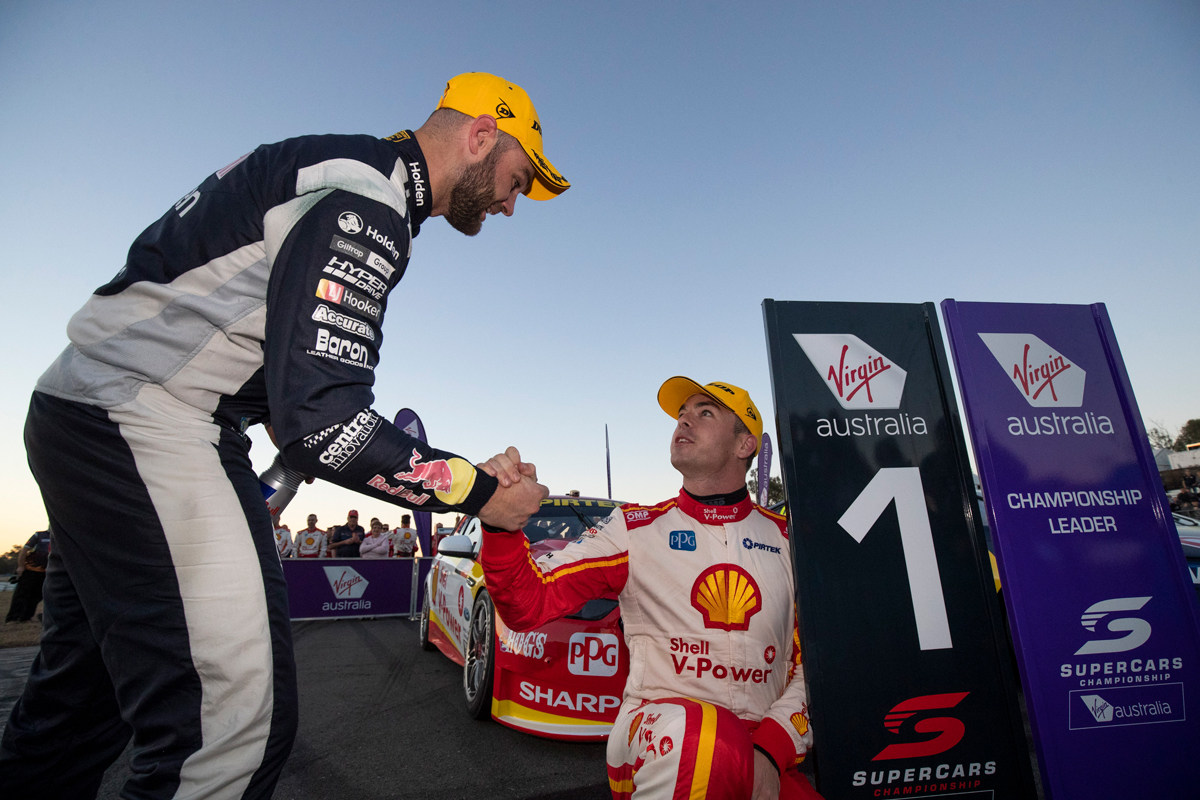 Once again in 2018, the Virgin Australia Supercars Championship produced some top-quality motor racing.

But which ones should go down as the best five races of the campaign?

Take a look back through Supercars.com's short-list, then have your say on the best race of 2018 in the poll at the bottom of the page.

This year’s race didn’t produce the kind of nail-biting finish that we’ve come accustomed to seeing at Mount Panorama.

However, there was no shortage of drama, with David Reynolds and Craig Lowndes providing the key storylines.

Reynolds’ late-race cramps after dominating much of the race alongside co-driver Luke Youlden was the heartbreak story.

Lowndes sweeping through in his last full-time season to take his seventh Bathurst win, and a fifth for co-driver Steven Richards, was the fairytale.

There was another hard luck chapter in Jamie Whincup/Paul Dumbrell’s Bathurst story – a wheel falling off early in the going.

Intra-team trouble at Tickford, with the Supercheap and Monster Fords crashing early, and the added complication of a compulsory brake disc change only added to the spice.

If there’s one race that epitomised Scott McLaughlin and DJR Team Penske’s brilliance in 2018, it was the 200km Sunday encounter at Barbagallo.

With the Red Bull HRT ZBs locking out the front-row and McLaughlin lining up just 19th after a strategic miscue in the knock-out qualifying session, few rated the Ford any chance.

There’s no doubt McLaughlin got lucky early; narrowly avoiding carnage on the opening lap, then picking up more spots as several had to double-stack under a Safety Car.

But essentially it was speed – helped by having an extra green set of tyres due to his qualifying woes – and strategy that made the difference.

A amid a mix of three and four-stop strategies, McLaughlin eventually emerged ahead – much to the surprise of eventual second-place finisher David Reynolds.

Lowndes added to the action by cutting his way from 25th to third; almost taking second on the final corner when Reynolds lost concentration and momentarily found the sand trap. 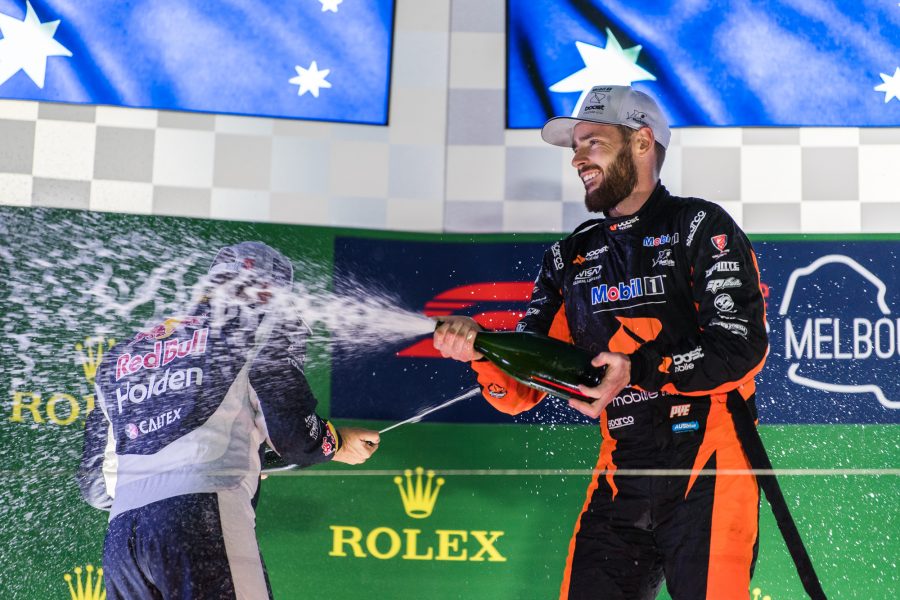 As far as first wins go, they don’t come much better than Scott Pye and Walkinshaw Andretti United’s effort at Albert Park.

In his 165th Supercars start, Pye benefited from an early McLaughlin mistake to inherit the lead, but was well and truly made to earn his victory in the closing stages.

Pye and nearest pursuer Whincup were among those to brave it out on slicks as rain started to fall with nine laps remaining, as fading light added further intrigue.

With three laps remaining Pye almost blew it by locking up and running wide at Turn 13 – a mistake that erased all of his three-second margin.

Still, he held on, eventually taking the flag 0.6s ahead of the seven-time and defending champion, much to the delight of new team co-owner Zak Brown, watching trackside.

Saturday at Pukekohe had it all, with the title protagonists providing the majority of the action.

The race itself was a cracker, as van Gisbergen and McLaughlin went toe-to-toe, with the former coming out on top.

James Courtney also made a cameo appearance in the battle, proving hard to pass as he led for a stretch after benefitting from pitting before an early Safety Car.

Van Gisbergen overtook McLaughlin twice during the race – the second move including a bump at the hairpin that earned the Holden driver a five-second time penalty.

That made for an intense final five laps as van Gisbergen pushed to build a margin, eventually greeting the flag 5.5119s clear after a big moment at the final corner.

The drama didn’t stop there, however, with the now infamous ‘park-in’ incident in parc ferme, and a post-race investigation into spinning wheels at van Gisbergen’s pitstop.

The controversy that had built in New Zealand continued in the opening leg of the Newcastle 500, which played a decisive role in crowning the champion.

Van Gisbergen and Red Bull had the upper-hand at the start, locking out the front-row and orchestrating some early team orders to put the Kiwi ahead.

But a mid-race crash for Fabian Coulthard brought out the Safety Car right on the cusp of the second pit window, setting up a fuel strategy battle.

McLaughlin needed just one pitlane visit under the yellow to complete his 140-litre minimum drop, while van Gisbergen needed two, plummeting him down the order.

The Ford driver appeared well in control before receiving increasingly urgent fuel saving instructions in the closing laps, by which time van Gisbergen had recovered to second.

It collimated in a penultimate corner pass for the lead by van Gisbergen, who took the flag first, before a post-race investigation into his third pitstop was launched.

The #97 Holden had been dropped from its jacks before the fuel coupling was removed, earning a time penalty that relegated van Gisbergen to fifth.

It was an unfortunate post-script to a thrilling race that would ultimately go a long way towards crowning McLaughlin as the new champion.

Have your say, vote for your favourite below:

19/12/2018
Stay In The Know
Sign up to the Virgin Australia Supercars Championship Newsletter
We use cookies to ensure that we give you the best experience on our website. If you continue to use this site we will assume that you are happy with it.Ok