A late radio call left Todd Hazelwood with little time to react to a wing failure as he approached Turn 1 at 270km/h during the Red Rooster Sydney SuperNight 300.

Hazelwood spun wildly into the Turn 1 outfield after attempting to enter the left-hand sweeper without a wing on the back of his Matt Stone Racing Ford.

Approaching 20 laps to go, television cameras had locked onto the Bigmate entry as it rounded the final corner with the wing’s plane broken from its left-side mounting.

The plane then flew off completely as Hazelwood approached maximum speed down the straight, tucked in behind Nick Percat's Brad Jones Racing Holden. 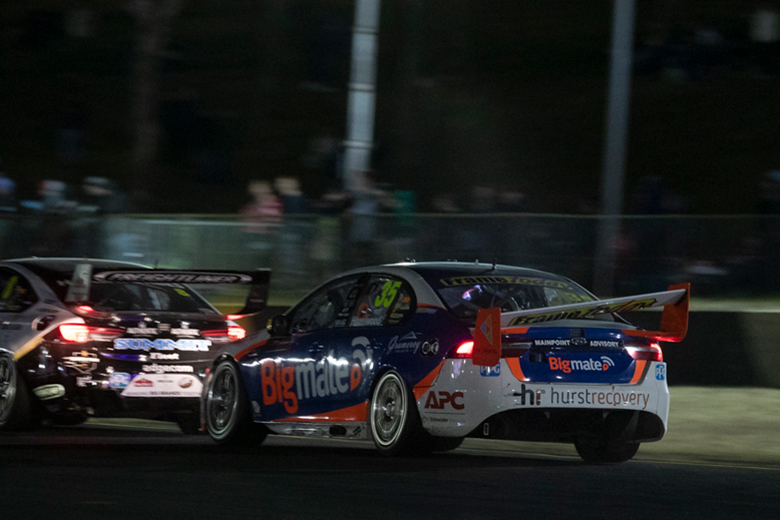 “The guys must have seen it on TV, but I got the call really late on the front straight,” Hazelwood recalled after rejoining to finish 23rd with a replacement wing fitted.

“By the time I saw it I was, like, 20 metres away from my braking marker. When you've got no wing, you've got no hope. It was always going to be a challenge.

“I initially tried to gather it up, I tried to put it into a slide to wash off some speed. But the rear came around and I got on the brakes as hard as I could.

“Fortunately I didn't go too far off the track, I was able to wash off a lot of speed on the bitumen before I went on the grass, so I was able to gather it up and get going again.

“It could have been a lot worse.”

Describing the reason for the failure as “a real mystery”, the 22-year-old had not felt anything wrong with the car when the wing was broken. 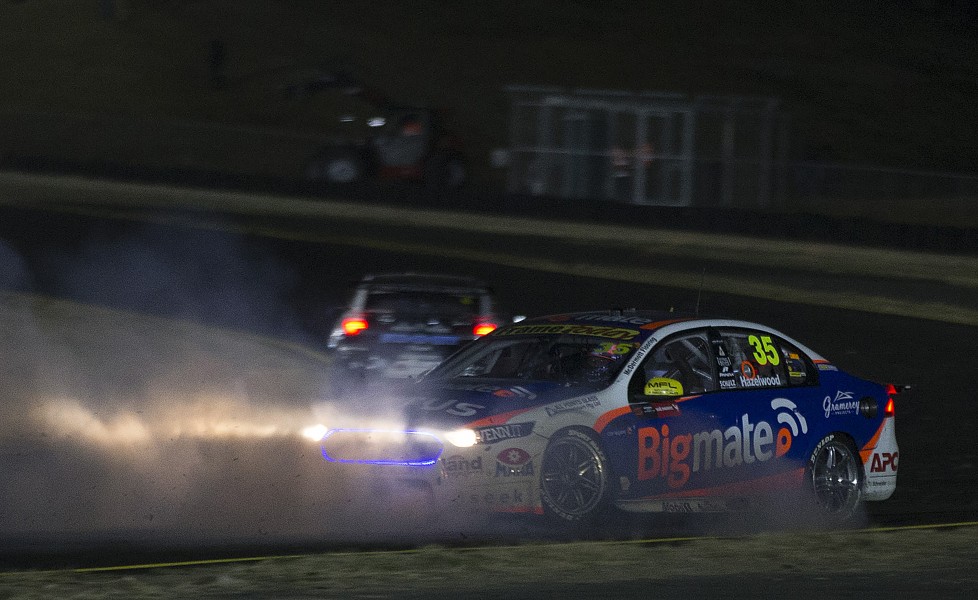 “The hardest thing was we'd just had a pitstop, and I went out on cold, green tyres. On a dewy night like this, it takes a good lap to come on,” he explained.

“Percat was on older tyres, and at the same time I was trying to race him.

“I was just trying to set myself up for a pass into Turn 2.

“Then I got the call on the radio more than three quarters of the way down the straight, and by the time I got the call and looked in the mirror I knew I was in a world of shit.”

It is the second high-speed incident in 12 months for Hazelwood, who escaped a monumental shunt at Sandown last year after being punted off at Turn 6. 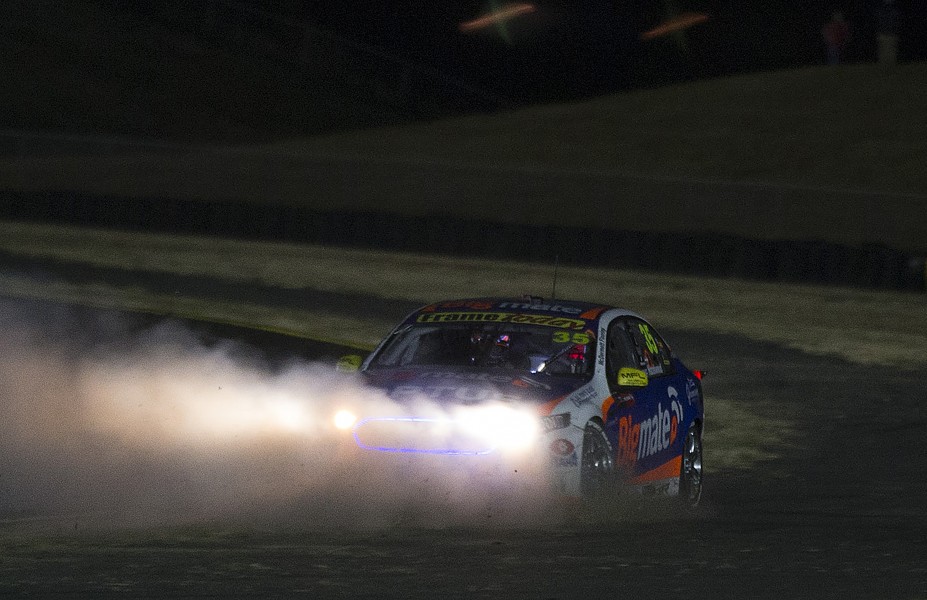 “I had a bit more time to react to it compared to that one, so I tried to manage it the best I could,” Hazelwood said.

“I tried not to freak out, just put it in a slide to wash off some speed and fed it a couple of gears into the spin. I gathered it up and pressed on.

“It's a shame, because looking at the people we were racing we had extremely good tyre life.

“I was just trying to drive the car straight, trying not to burn the front tyres off it, and we were plucking people off one by one and looking really sporty.

“If it all went to plan without my Safety Car, we would have finished 12th or 13th.

“That would have been an absolute win for the team, especially with so many points up for grabs.

“But I think I ran over a Chinaman holding a cat with a mirror or something. This year hasn't been our year at all.”

The reigning Dunlop Super2 Series winner, Hazelwood is now 26th and last of the full-time drivers in the standings.