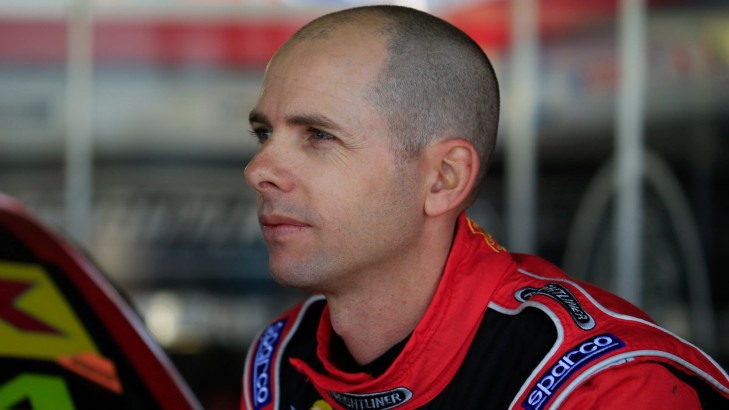 Luke Youlden will extend a record he doesn't particularly want to own at the Supercheap Auto Bathurst 1000 next week; he will make his 17th start in the Great Race and his 35th V8 Supercars championship race overall without ever having contested a single-driver sprint round.

The specialist co-driver raced in the 1000 for the first time in 2000 as a 22-year old for Larry Perkins and has returned every year since. He has driven with Steve Ellery, with Stone Brothers Racing (in two separate stints), Ford Performance Racing and most recently with BJR alongside championship star Fabian Coulthard.

Youlden has podiumed in all three event that now comprise the Pirtek Enduro Cup. His third with Ellery in 2003 is still his best Bathurst 1000 result.

There is no other driver in the Bathurst field this year that has his unique record. Every other Australian or New Zealander with multiple starts in the 1000 has also raced in a V8 Supercars sprint race at some point.

"I think a lot of the co-drivers are very very capable, it's just circumstances and there are only 25 spots and that is what you are battling with," says Youlden philosophically of his unique race history.

"But obviously it is coming out now that a lot of people are bringing money. They always have had, but it's getting a little bit more accepted and the media actually write about it now.

"I believe from my point of view if I did get the opportunity I could match it with these guys.

"I have been doing this for 16 years now and every driver I have been with I have at least matched at some point, which shows I can do it.

"But again, these guys get more experience in one year than I have had in 16. I have done 34 races or something. These guys do that in a year."

Youlden underlined his speed by being only one of two co-drivers along with FPR's (now PRA) Steve Owen at Bathurst last year who went faster than Greg Murphy's 'Lap of the Gods' mark on the resurfaced track. His time would have been good enough to put him 14th on the grid.

He recalls that lap on relatively fresh Dunlop tyres as one of his best in V8 Supercars.

"It was awesome for me," he said. "Far out, to do a two minutes six around Bathurst in a V8 Supercar!

"You never think you can do that. It was particularly satisfying for me because I had been flogging around on old tyres a lot on the Thursday and the Friday and I had one lap to do it and I managed to put it all together. It was very satisfying.

"I was a little bit disappointed for us co-drivers that it was under the radar. Two of us ran under the Lap of the Gods time and I went into the press conference and no-one even asked me about it."

It may have been because by the time the press conference rolled around late Friday afternoon, the number one drivers had cracked the 2min5sec bracket on green tyres, with Coulthard fastest of all.

That translated to fifth on the grid after the ARMOR ALLTop 10 Shootouton Saturday and then ninth in the race despite a puncture, being beached in the gravel and being hit by a kangaroo. The car was in contention for victory late in the piece, fighting back from a lap down, until a late-race unscheduled stop to replace a flat-spotted tyre.

"To come back from a lap down and be leading helps us be positive for this year," Youlden said.

He goes into his 17th 1000 with Coulthard fifth in the championship in the Freightliner Commodore and every much needing a strong result if he is to force his way toward the top three and a best-ever championship result. But Youlden says situations like that don't affect his approach.

"I just try to do the best job I can," he said. "I am very aware regardless of whether he is in the championship or not how big these races are.