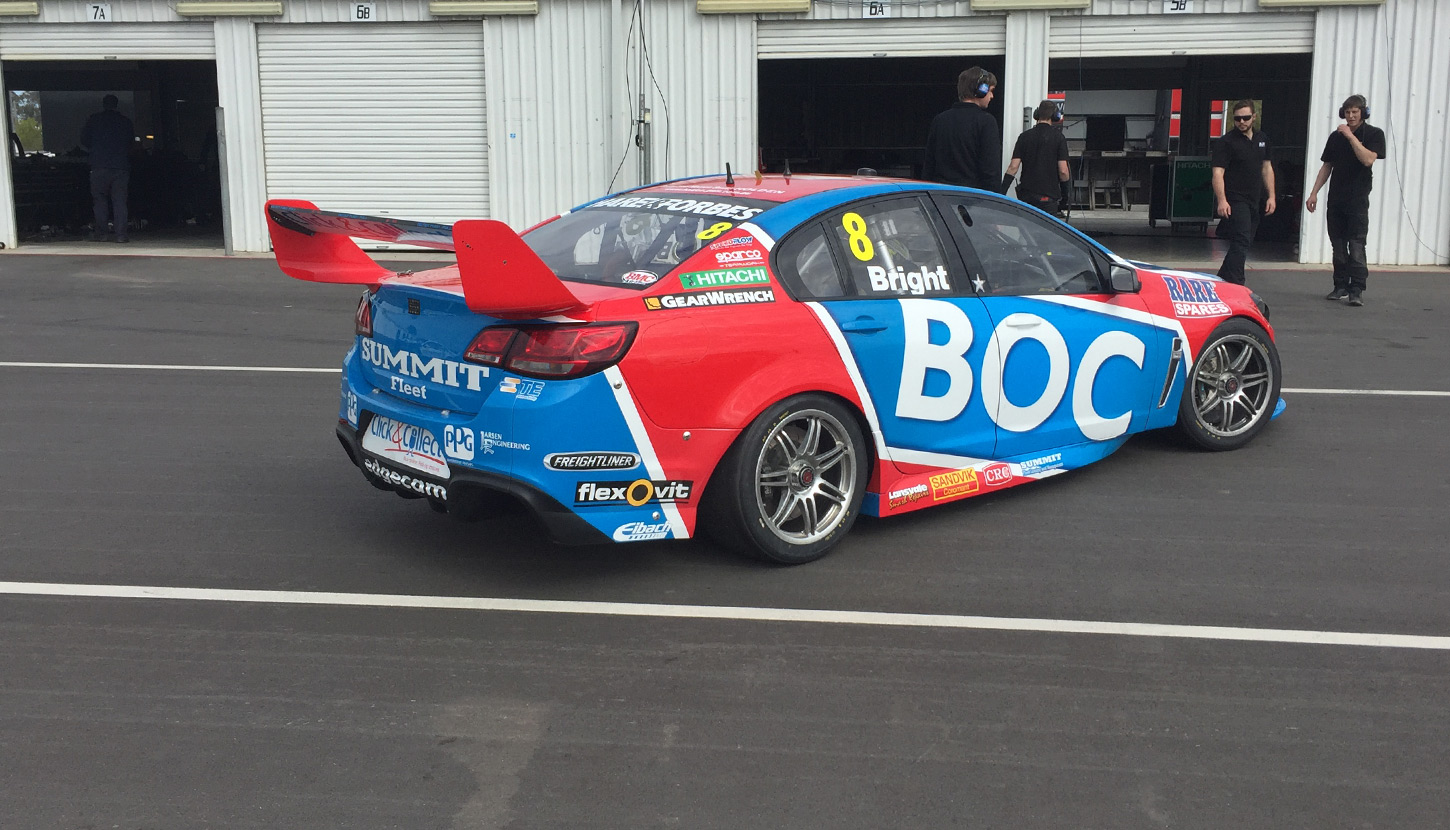 New recruit Shae Davies is having his rookie test day in the Erebus Holden Commodore VF, which was launched this morning in the new sponsorship colours of Terrace Towers group.

Over at BJR Tim Slade is returning to Winton for the first time since dominating the VASC event in May in the Freightliner Racing Holden Commodore VF.

He is joined by his BJR team-mates Jason Bright (Team BOC) and Tim Blanchard (Team Cooldrive), while his Pirtek Enduro Cup co-driver Ash Walsh is also getting a run.

BJR’s Dunlop series drivers Macauley Jones, Andrew Jones and Josh Kean are at the test as well, with both Jones’ running in the main game cars they will drive in Pirtek Enduro Cup; Andrew with Bright and Macauley with Blanchard.

The BJR DVS cars also tested yesterday, while leading motorsport journalist Paul Gover had 15 laps in Bright’s BOC Commodore, even going through the process of a hot pit stop.

BJR team manager Chris Clarke told supercars.com the focus was on testing geometry changes, as part of the development program both team owner Brad Jones and Tim Slade had discussed in recent interviews.

“Since Andrew Edwards has settled in as leader of the engineering group it has developed a real focus in that area,” Clarke said.

“We are obviously driven in every area but by having a team leader in that department it has definitely helped us in terms of set-up direction and also communication, which is a huge part of it all.

“The main game boys are getting around in 1 minute 20s so the track is quite fast. All-in-all we are happy with the way things have gone so far.”