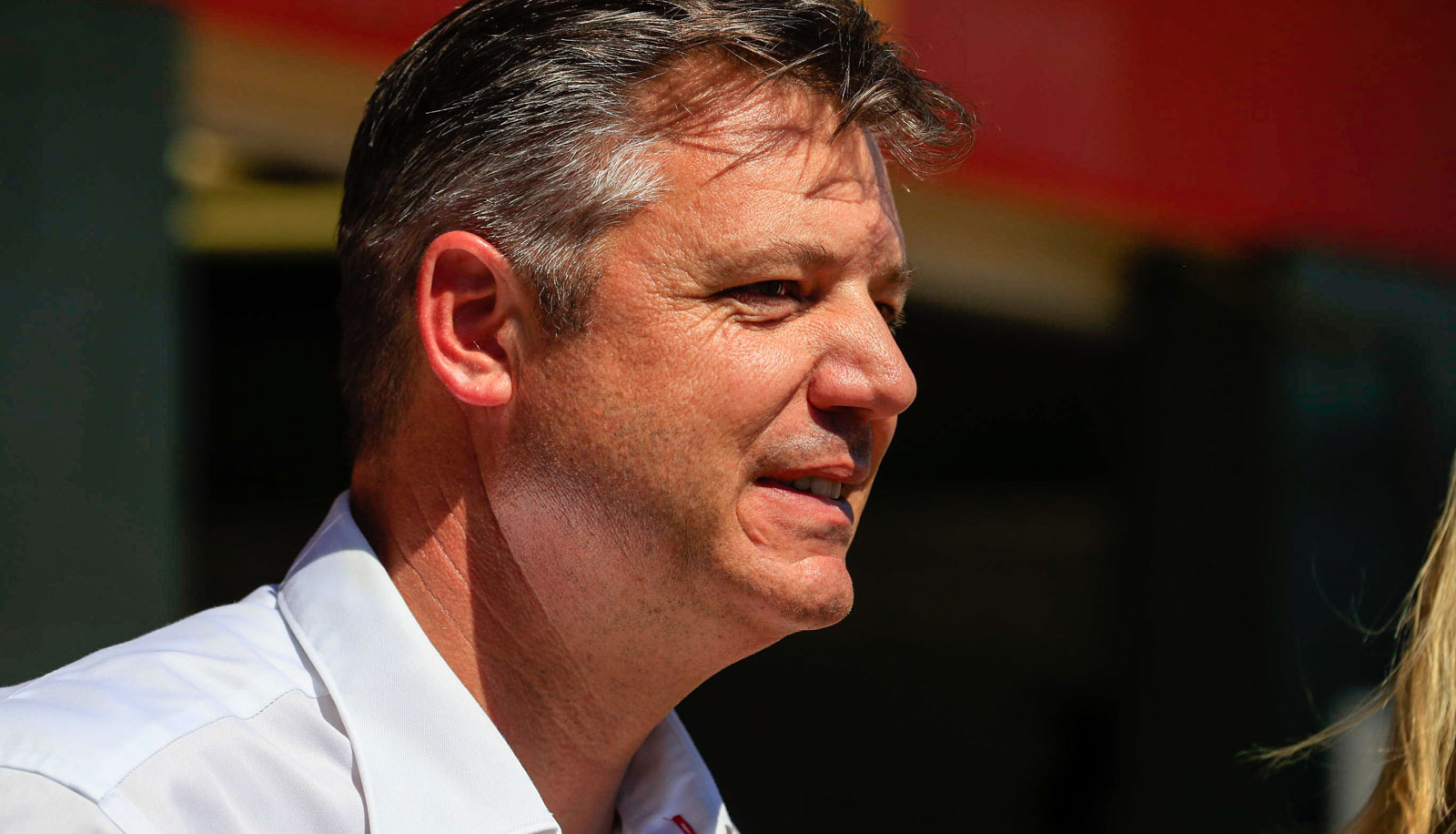 Virgin Australia Supercars Championship team owners have paid tribute to the work done by ‘cornerstone’ James Warburton, who will leave his role as CEO at the end of 2017.

Having joined Supercars in the top job in May 2013, Warburton announced this morning that he will leave the company at the end of the year.

The fourth CEO appointed by Supercars in five years at the time of his signing, Warburton galvanised the championship's key stakeholders through a period of significant challenges.

His tenure has included improving the financial strength of teams with deals headlined by 2015’s new media rights agreement with Fox Sports and Network Ten, preparing the upcoming Gen2 technical platform and securing the new season finale in Newcastle.

“I think James has been the cornerstone for the turnaround of the business, I think he’s been fantastic,” team owner Brad Jones, who is also a Supercars Board and Commission member, told Supercars.com.

“He came with a great skillset and an ability to get the best out of people. Being a great communicator has certainly helped him along the way, and being a good negotiator. Not to mention a great salesman.

“I think something James will always look at, you could call it a legacy, will be the Newcastle event.

“He’s put his heart and soul into that and he’s got it across the line. It’s an amazing replacement for Homebush.

“There’s lots of things James has done inside the business, some people know about and some people don’t.”

Garry Rogers surmised that he felt Warburton had “done an excellent job” in a spell that will next month reach four-and-a-half years.

“I think it is unfortunate that he’s not going to be there because he’s done a very good job to raise the profile of the Supercar business and [there are] certainly deals that have helped teams establish a better business plan,” Rogers told Supercars.com.

“He’s not totally responsible, other people get involved, but I think most things James has done have been a very, very big positive for the teams.

“And not just the teams, but the sponsors, and everyone associated with it. I see him as a big plus, let’s hope and pray we can get somebody just as good.

“A lot of critics have said that the Pay TV deal, maybe it could’ve been more heavily-influenced towards free-to-air as well, but the fact is it couldn’t be.

“And it was a deal that had to be done at that stage to ensure the teams could continue to manage their businesses financially. I think it was the right deal at the right time.”

In addition to the current TV deal, Prodrive Racing Australia co-owner Rod Nash highlighted that Supercars will visit two new tracks in the next 10 months.

Newcastle’s introduction will be accompanied by Tailem Bend in South Australia next August.

“There’s no question that the TV deal, when we look back prior to James coming along, that was looking like it had some difficulties,” Nash said.

“And I think it was just a case of people understanding how to negotiate it.

“With his background, when he rocked up that was pretty well his first task and he pulled together quite a good deal in the end.

“We haven’t had any new tracks for a while, so certainly bringing on Tailem Bend and Newcastle, they’re big highlights, two great venues. Especially Newcastle to replace Homebush.

“That’s a great achievement. He’s done a fair bit in his time across some quite strong platforms.”

Dick Johnson Racing was at a low point in its history when Warburton took over, but has re-emerged as a heavyweight following its own deal with US giant Team Penske, finalised in late-2014.

“My immediate reaction [to news of Warburton's upcoming departure] is disappointment, but it’d be remiss not to acknowledge the many achievements the business has had under James’ management,” said Story.

“He leaves the sport in a much stronger position than when he came to it. Overall he’s done a very good job, without a doubt.

“The financial stability of the business is something that can’t be overlooked. Teams need to be sustainable entitles, both on-track and off.

“Some of the initiatives that he has sphered, in addition to securing a number of events with long-term agreements, has given the sport tremendous continuity.

“When he came on board the series was in a state of flux for many reasons and we’ve managed to navigate through that to the benefit of everyone.”

Whincup classed that as the “ultimate sledge”, but acknowledged Warburton’s contribution, and hopes the new CEO can continue his push to secure Asian events.

"James has done an awesome job over the last couple of years, but those guys don't last forever," he said.

“Fingers crossed his replacement is someone just as influential and striving to make the sport bigger and better.

“He’s done a great job, we wish him all the best. We couldn’t ask for any more.

"Absolutely we do need more international events on the calendar.

“We've put our toe in the water in the US and Abu Dhabi but we'd love to do more racing in Asia.

"It's relevant, it's in our time zone… so anything north of here would be fantastic."