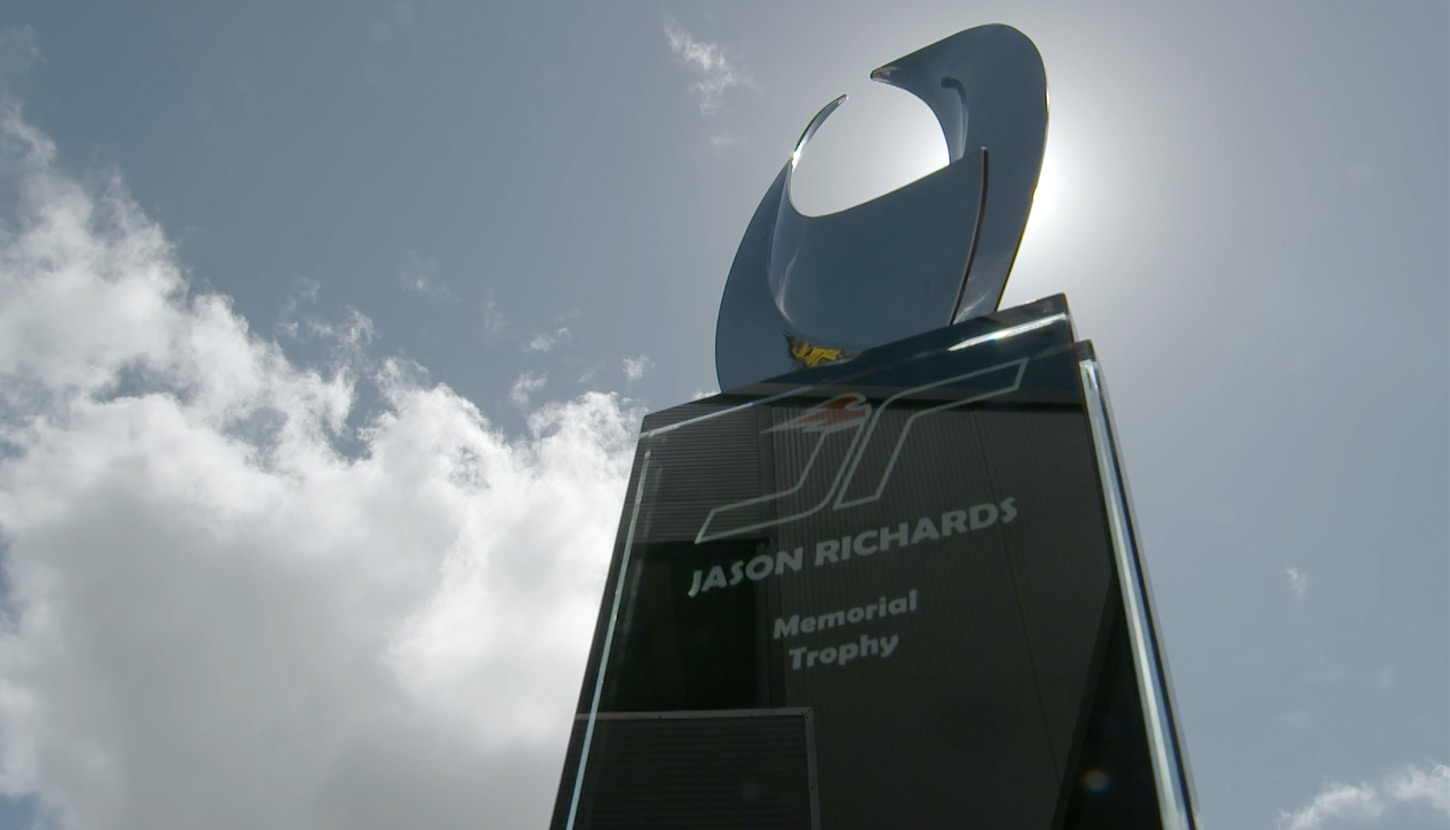 Teammates Shane van Gisbergen and Jamie Whincup are even on points for the coveted Jason Richards Memorial Trophy after taking one win apiece today.

Van Gisbergen is desperate to be the first New Zealander to win the prize, named after former Supercars driver Jason Richards, who lost his tough battle with a rare form of cancer in 2011.

Whincup took the honours in 2015 – the highlight of his season – and would be the first two-time winner since the trophy was established.

Jason Bright and Mark Winterbottom have also been awarded the Jason Richard Memorial Trophy, with Winterbottom third in the points this evening, the first competitor who could pounce if the Red Bulls run into trouble.

“We are here to score as many points as possible; to get the JR Trophy would be awesome,” Van Gisbergen said.

“Between Jamie and I, to clean sweep the day for the team was great. It’s cool to do it at home and for the local crowd, let’s do the same tomorrow. The weather will spice up tomorrow, I hope it is dry.”

Van Gisbergen was a contender for the trophy in 2014, but lost the lead overnight on Saturday after a post-race penalty for clashing with Jason Bright. That handed the lead to Mark Winterbottom, who was the eventual winner.

Here are the current points standings with two races complete, and two remaining.

SVG squares it up in NZ

Two from two for Gizzy