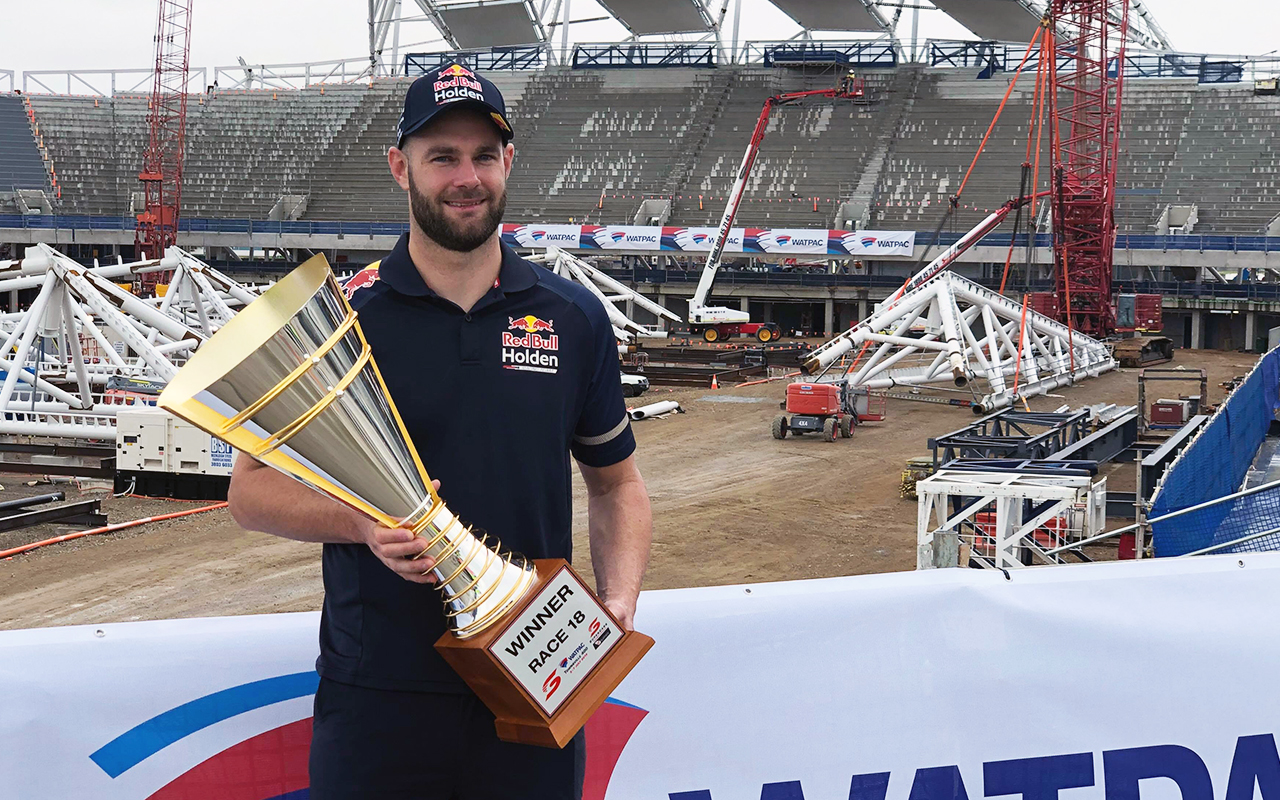 Shane van Gisbergen credited his Red Bull Holden Racing Team crew for helping him through a period of being 'bullied' in the second leg of the Watpac Townsville 400.

Van Gisbergen claimed his second win of the 2019 season in a chaotic, rain-hit race, leading Fabian Coulthard across the line behind the Safety Car.

He started sixth and made ground through the first stint to sit third after the opening round of pitstops, with drivers still on slicks.

However van Gisbergen struggled after the restart from a Safety Car period caused by his team-mate Jamie Whincup's crash, falling to sixth as rain got heavier.

Triple Eight called him in for wet tyres on lap 29, one before his rivals at the top of the order.

Van Gisbergen capitalised on a Cameron Waters error to be the best of the drivers who did not have to pit again to complete fuel-drop requirements and later withstood the Coulthard challenge. 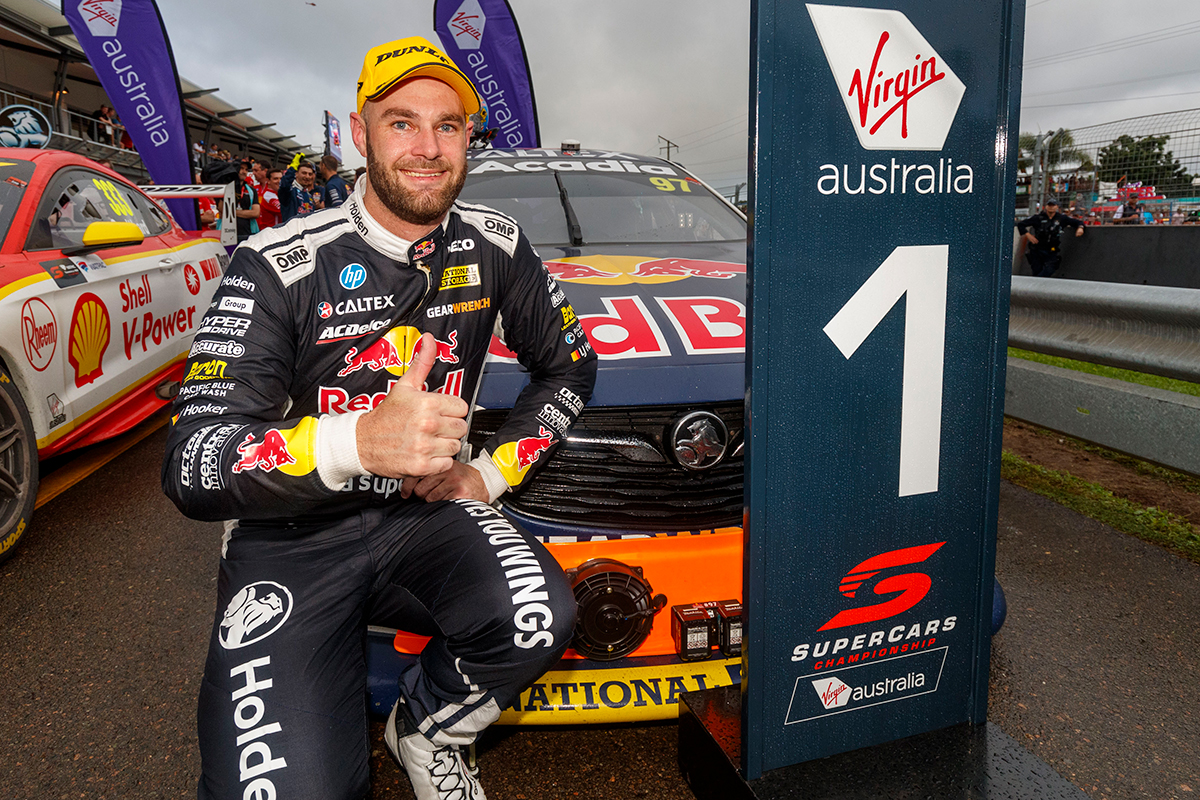 "It was one of the craziest races I've had for a while," he said.

"It was a race where I tried to just do my job and stay on the track but that was won in the pits.

"Strategy from Shippy (engineer Grant McPherson) and the guys there, great pitstops, but also keeping me calm.

"We had no way the fastest car but they kept getting good info to me and I just made no mistakes, stayed on the track, which was the main thing.

"It was awesome, a lot of action but pretty cool." 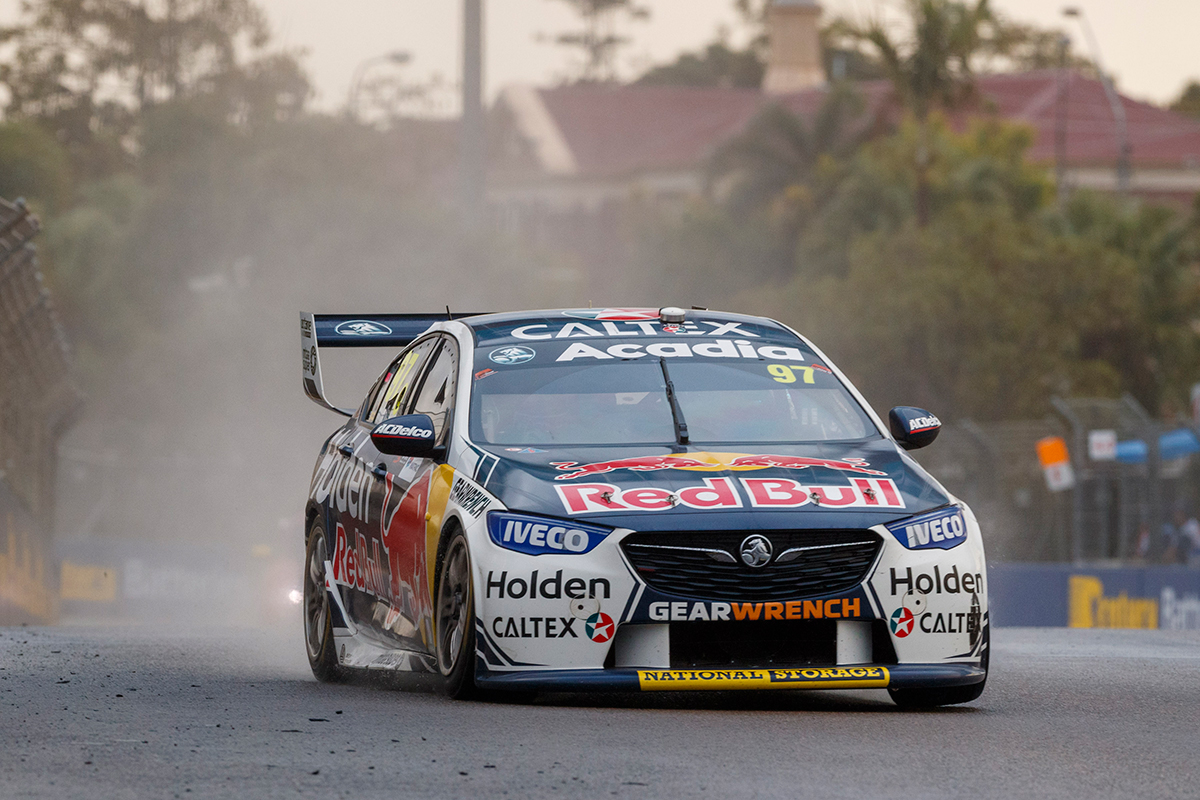 Van Gisbergen admitted he was in trouble after the first restart, until the key call to pit for wets three laps later in conditions with "zero grip".

"The racing was hard," he said.

"It probably wasn't wet enough but under the Safety Car all the temp went out of the track and our tyres and when we went back green it was proper slippery and I had no pace.

"I let myself get bullied and put myself in the wrong places and dropped a long way back."

Having finished fourth on Saturday, van Gisbergen moved from fifth to third in the championship across the Townsville weekend.

Whincup is sixth, a second-place on Saturday paired with his second DNF of the campaign through Sunday's crash.