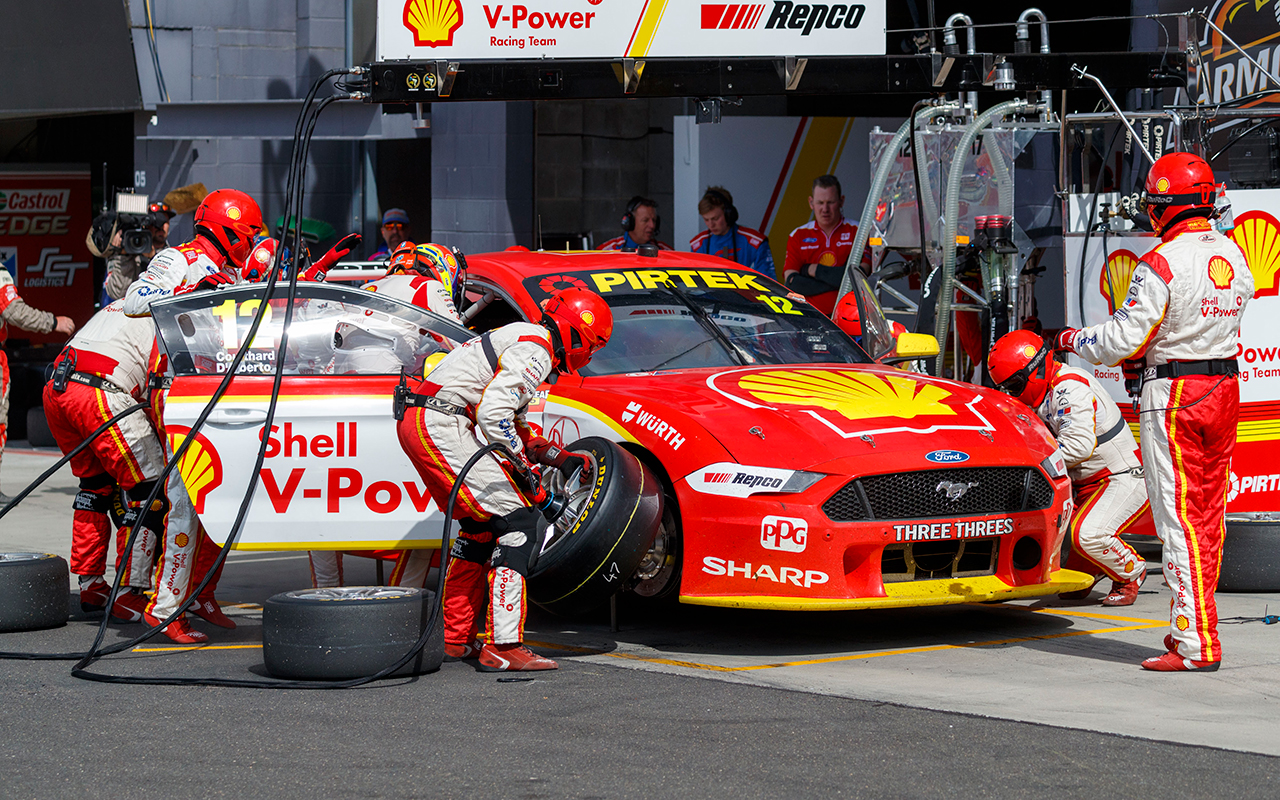 Supercheap Auto Bathurst 1000 runner-up Garth Tander believes Shell V-Power Racing got away with a “light penalty” from their CAMS hearing at the weekend.

The Ford powerhouse was found guilty of breaching the FIA’s Obligation of Fairness regulations after instructing Fabian Coulthard to back up the pack under Safety Car.

They were also stripped of 300 teams’ championship points - the maximum points deduction possible under Supercars rules.

Additionally, the Coulthard/Tony D’Alberto Mustang was relegated from sixth to 21st in the result, becoming the last classified finisher.

Scott McLaughlin and Alex Premat, though, kept their victory, with stewards “prepared to assume that there was no intention to advantage Car #17”.

Despite the magnitude of the sanction, Tander and fellow veteran driver Michael Caruso are not convinced it’s enough.

“I feel like still the team has been given a pretty light penalty,” Tander said on Network Ten’s RPM program.

He later added of the monetary punishment: “It’s a lot of money to everyone sitting at home, $150,000 to pay off the mortgage.

“So I’m not saying it’s a small fine – it’s a large fine – but the commercial reality of that fine? It’s not that big.”

Co-host Caruso agreed that “in Supercars that’s not a lot of money” and indicated it may not be enough of a deterrent for the future.

“It is a team sport and your team can win you the race and they can lose you the race sometimes just as much as you can as a driver, so I think that’s where I’m a bit concerned how light it is,” said the Tickford Racing co-driver.

Tander does not feel either McLaughlin or Coulthard deserved to be individually punished and said he and Shane van Gisbergen shouldn’t have been promoted to first place even if the #17 had been stripped of victory.

“One, they’ve put an asterisk next to Scott’s victory with what’s happened with the tactics that played out through the race and two, they’ve clearly thrown Fabs under the bus.”

“I think people will remember Bathurst for what it was now, not for the win,” said Lowndes.

“That’s the downside of it, Bathurst is all about the Peter Brock Trophy and having a hard and fast race to the finish.

“Scotty, yes he had one of the fastest cars there that weekend and he stands on the top step but, in the spirit of the race, it wasn’t what I wanted to see.”

Coulthard dropped to fourth in the drivers’ standings and effectively out of PIRTEK Enduro Cup contention as a result of the verdict handed down Sunday.